A very special Italian raced here and abroad by the likes of Jim Scaysbrook, Dave Robbins and Wayne Gardner

Here is a bike that I’ve been taking photos of since 1978! Before I begin I would like to thank Neil Cummins for access to his history with the bike.

Neil worked for Malcolm Bailey (Moreparts) and was involved with Jim Scaysbrook and Mike Hailwood’s Ducati production races in Australia in ’77 and ’78 as well as being Jim’s mechanic for his ’78 IoM campaign.

Although commonly known as the “Ducati NCR” the first batch of these bikes were all built in the Ducati factory (with some NCR input) and are thus properly called 900 F1s. NCR (Nepoti, Caracchi, Rizzzi – after Rizzi left the R stood for Racing) went on to build the post ‘78 endurance racers (among many other projects).

During the lead up to Mike’s historic return to the IoM in ’78 he asked Steve Wynn, under those Sports Motorcycles sponsorship he was riding, if Steve could help with any support for Jim to get to the IoM. The answer was yes, if he could supply his own bike. 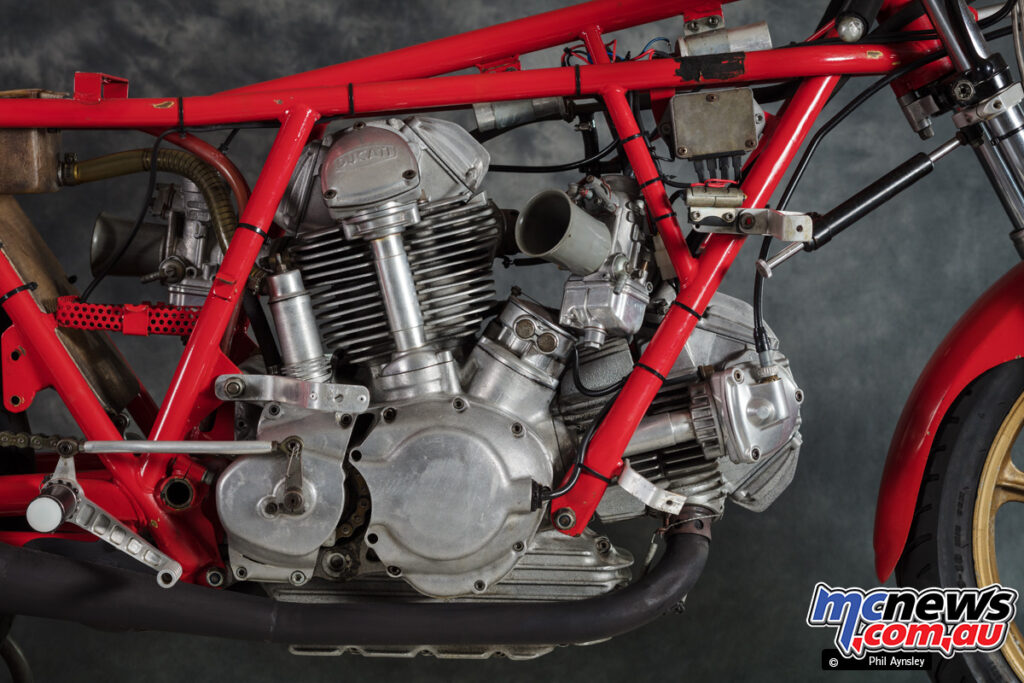 Meanwhile Malcolm Bailey had approached Norm Fraser regarding sourcing a Ducati 900 F1 for Jim, only to be told that only three F1s were being built – two for Sports Motorcycles and one to be raced in Italy. However the factory later informed Frasers that more were to be constructed (it is thought a total of eight were built that year) and one could be delivered to Sports Motorcycles in May if Malcolm purchased it through Frasers.

The bikes duly arrived in Manchester several days after Jim, his wife Sue and Neil touched down at the beginning of May. Work began on preparing the bikes for the rigours of the IOM. The RH gear change/LH rear brake were also swapped to accommodate both riders. Jim was able to do some testing at Donington Park where Mike was testing his Yamaha 500s (see Neil’s prints). 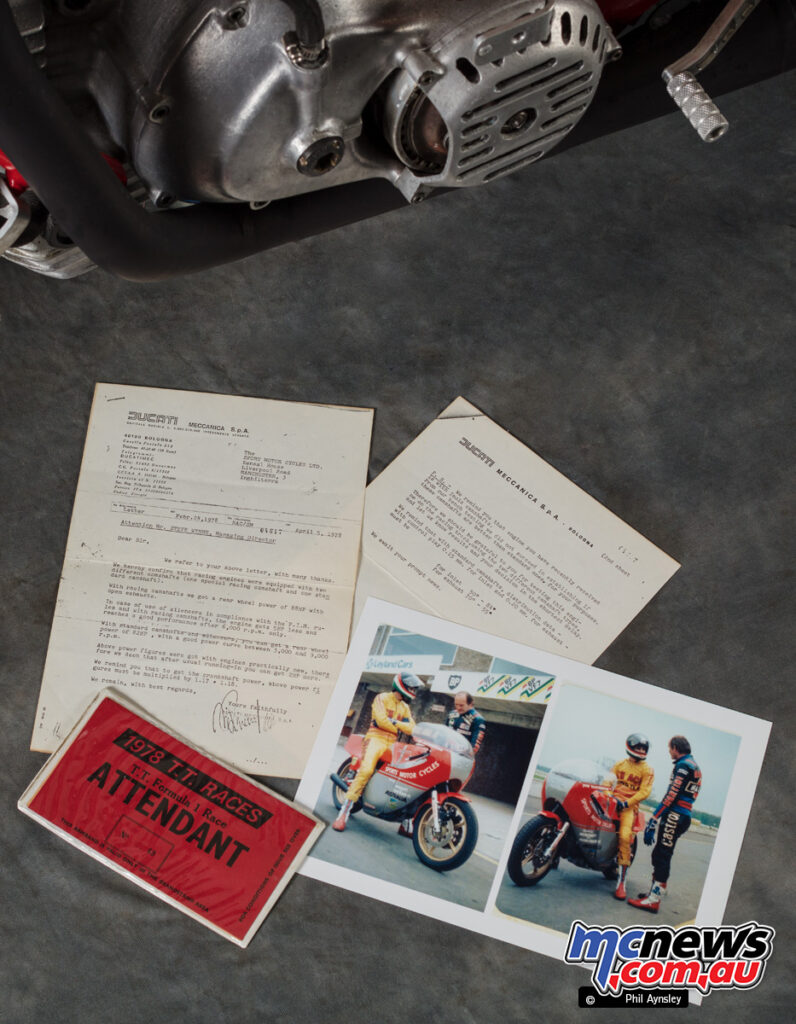 As is now history Mike went on to famously win the F1 race while Jim was going well until a welded coil bracket broke causing the throttle to jam resulting in him crashing coming into Governors Bridge. He finished 26th in the Classic TT later in the week. Jim then rode the bike at the Post TT meeting at Mallory Park (again won by Mike on the 900 F1), still with the IOM gearing and tyres.

Jim’s final ride on the bike was at the Macarthur Park race meeting near Canberra in October ’78.

The bike was raced at various events over the years including the 1980 Coca Cola 800 at Oran Park where Wayne Gardner led the race before the rain got into the electrics. Dave Robbins raced it at Bathurst in ’80 (with an alloy tank) and ’81. By this time the sand-cast crankcases had cracked (a common problem with the factory race motors at the time) and Darmah cases were used in their place for many years.

Ian Gowanloch eventually obtained and repaired the crankcases and they have since been reunited with the bike, which has undergone a painstaking restoration by the current owner – the results of which you can see here.

It was quite a privilege to be able to record Neil and Jim reunited with the bike at the Phillip Island Classic in 2018.

Romaniacs is go for next weekend