A Valkyrie on serious steroids

The standard Valkyrie engine is not short on grunt, but the guys at BDG Custom Parts wanted more. Initial research indicated that the best way to bolt on reliable performance for the Valkyrie was going to be a supercharger. They worked out that a 50% power increase could be easily achieved using this form of forced induction. The flat-six layout of the engine lent itself for the addition of a supercharger atop the engine. 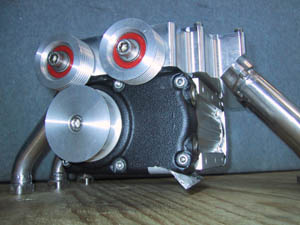 Supercharging a bike is as much work as supercharging a car, only you need to be able to fit everything in a space about the size of a glove box!” laughed Tim during our discussions.

The blower used on BDG’s prototype machine is of the ‘twin-screw’ variety and manufactured by European company Opcon. This supercharger can be driven at up to 18,000rpm, after some calculations BDG decided a good starting point for use in the Valkyrie was 11,000rpm. In later stages of development the blower can easily be spun faster to provide more boost, and more power.

With the research done it was time to put BDG’s 3D computer-aided-design (CAD) system to work. They ended up with a layout rarely seen. The blower is mounted atop the engine, common enough, but it’s output orifice points skywards rather than normal convention, which points the orifice directly down in to a plenum chamber. In BDG’s application the plenum/manifold sits atop the blower and then feeds through manufactured intake runners down to the engine.

At the other end of the system a constant velocity 50mm carburettor was employed to provide the go juice. In later stages of development it is likely this will be replaced with an EFI throttle body, and tunable engine mapping system.

The CAD system allowed BDG to check the fit of all components. Before entering the manufacturing stage the design was also run through specialist stress analysis programs to test the structural integrity of the design. All this before any 6061-T6 billet aluminium was milled on BDG’s CNC machines. 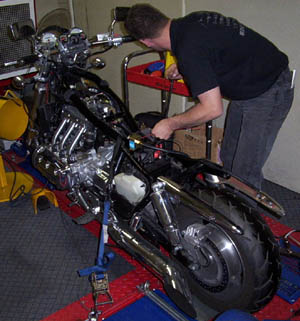 Components were then made, and to the delight of the builders, everything fitted together first time, a testament to the reliability of good computer aided design. The engine was started and after some basic tuning it was off to the dyno to see what improvements had been made. And the improvements were immediately obvious, the 50% power increase had been achieved, the Valkyrie was pumping 120 horsepower at the rear wheel. Even more impressive are the heady torque improvements.

BDG are currently perfecting their set-up, which, for this stage of development, already works very well. Quite often this type of modification kit results in a loss of practicality, but Tim puts this to the test every day as he rides to work. This is perhaps the most important phase of perfecting the kit, riding it, day in – day out, to ensure that prospective punters will remain pleased with the road manners of their motorcycle.

As they progress further BDG will look at a Stage II kit incorporating fuel injection, followed by a Stage III kit which would combine the EFI and more boost along with some minor engine modifications to get the best from the extra boost.

I took the machine for a ride and was impressed with the tractable grunt delivered from the beast. A Valkyrie that monos off the throttle? Yes indeed.. 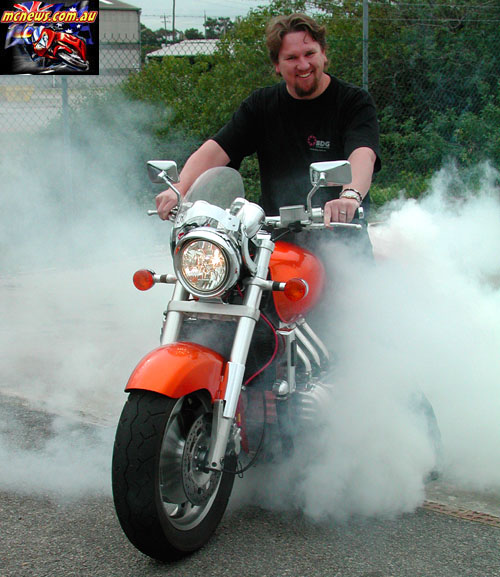