The 18-year old National Superstock 600 competitor had been complaining of ‘cold hands’ throughout his time in the UK. Thinking it may just be the result of a trans-globe move from warmer climes, the situation did not improve upon his return to Australia soon after the final round at Brands Hatch.

Andy underwent a medical examination that showed his rib cage had been growing abnormally inwards, putting pressure upon the arteries that serve his heart. It was deemed that immediate surgery would be the only option for doctors to attempt to save him from this life-threatening situation.

The result of the successful yet complex and delicate surgical procedure, that took place at John Flynn Hospital, is that Andy will now be sidelined for the foreseeable future as he undergoes a minimum period of 18 months recuperation before the steel rod supports can be removed from his rebuilt ribcage.

Team Owner Phil Seton, who landed in Australia earlier this week, spent time with Andy’s family before visiting him after he was released from the intensive care unit.

As a result of the severity of Andy’s condition, sadly, this means that Phil has had to withdraw the talented youngster from next year’s Superstock championship.

Phil Seton, Team Owner: “This was a devastating piece of news to receive. I feel like a big brother to Andy since he moved half-way round the world at such a young age to come and race for me. I couldn’t help but feel obliged to take him under my wing and give him some guidance since he moved here. On a personal note I am really worried and quite upset that this could happen to such a nice lad. He has become one of the family over the past few months and it just won’t be the same without him here.

It is pure testament to Andy’s physical fitness that he has been able to race at all considering the severity of his condition. We just hope that he makes a full recovery. I went to visit him and he is looking pretty good. The surgery was all done keyhole so he looks amazing. He is in a lot of pain despite being on very strong pain killers but is hoping to get out after the weekend.

The plan is still for him to come back to the UK and race, should he want to, when he is fully fit again. No matter how long it takes, the ride will always be there for him.

I am now in the difficult position of having to find a replacement rider of the same high calibre as Andy to compete alongside Ben Burke next year. Although this is a task that I don’t relish, as a team we are committed to fielding two competitive riders to challenge for the Superstock title next season. This is something that I know Andy will be happy with and will want the team to succeed in his absence.”

Andy Lawson Snr: “Young Andy is in hospital on the Gold Coast at the John Flynn hospital. He will be in intensive care for 2 to 3 days and the operation has been a success. It is great that Phil Seton has arrived over here to visit him, and both myself and Karen and Lisa on her 21st birthday are pleased with the result of the operation. He will convalesce for 3 months and it will take up to 18 months before he can have the support bars removed and then work to get back to full fitness. During this time he will not be able to compete. We really appreciate all the support from friends and the Seton racing family of which Andy is part of. Andy is looking forward to getting back to full fitness and competing with Bike Interceptor Yamaha by Seton again.” 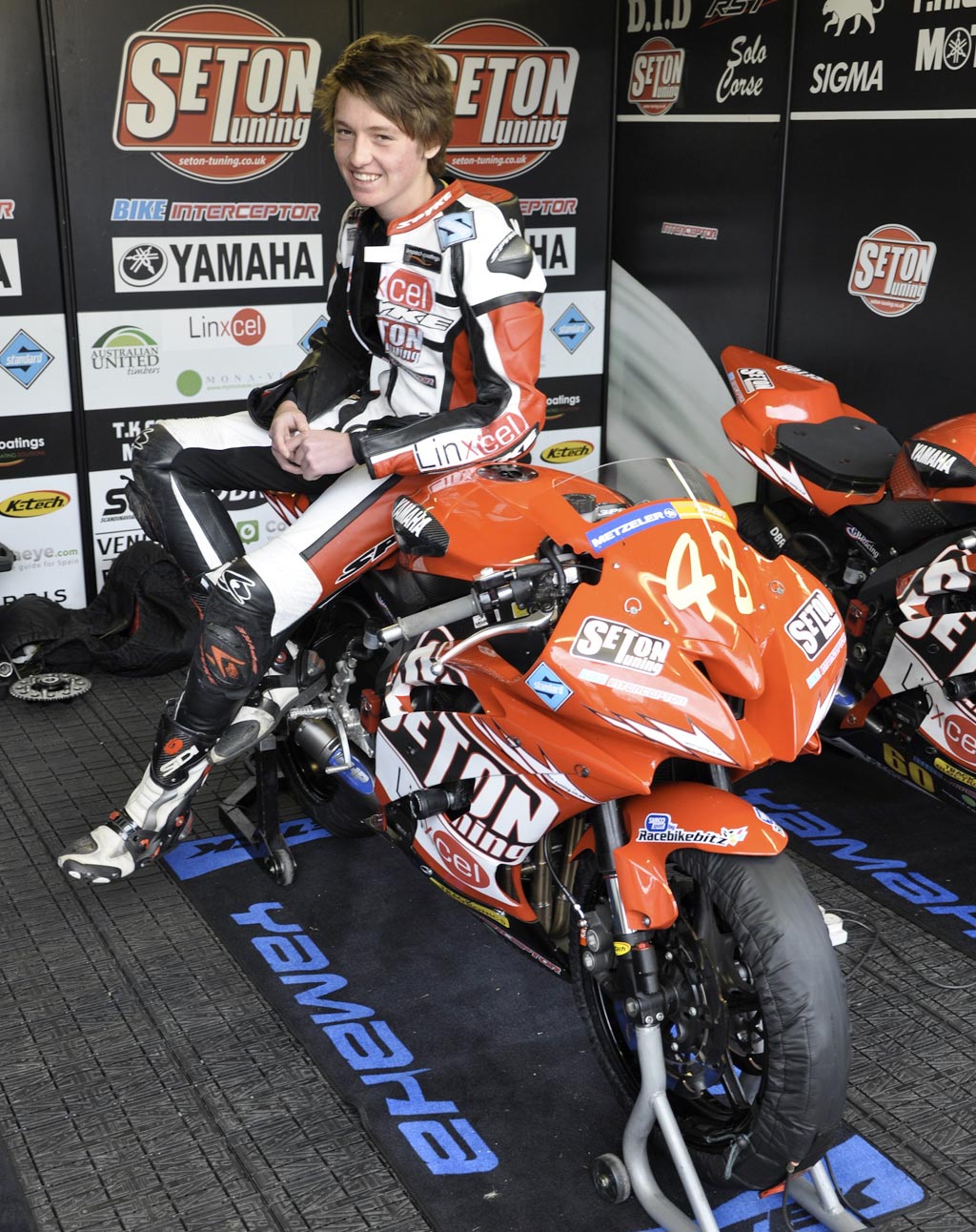