Aprilia revved up and ready for WSBK season 2012

Aprilia revved up and ready for WSBK season 2012

For the fourth year in a row, the Aprilia Racing Team will participate as a key player in the most important championship, one reserved for factory derivative bikes which has clearly become extremely popular venue where all of the major sport bike manufacturers can put their best foot forward and face off for 2012 glory.

The Italian team will be counting on five times world champion Max Biaggi (2010 World SBK Champion) accompanied by new teammate Eugene Laverty, the twenty-five year old rider from Northern Ireland to be very competitive in the 2012 season with both riders determined more than ever to make this Aprilia’s best season ever.

For the fourth year in a row Max Biaggi will be riding the Aprilia RSV4. His relationship with the bike has been a significant one as he sees it, “I can say without false modesty that I witnessed its birth and have watched it grow up. We took it to the track, developed it and to the top step of the podium many times, in spite of its adversaries”.

The RSV4 brings to the table albeit a young history, a motorcycle rich with technology and innovation nurtured by the experienced Aprilia Racing Department.

Eugene Laverty on the other hand had this to say: “This is my second Superbike season – my first on the four cylinder from Noale – but already during the tests in Portimao last Autumn I had a very positive experience riding the RSV4. From the very first laps astride the bike I had a good connection with it. I put some promising times on the board and the guys on the Team also made me feel like part of the family straight away. I still need to get a lot of laps in to really familiarise myself with my new Aprilia and I won’t underestimate the difficulties that always arise when you change teams, but I definitely want to rack up as many podiums as possible and bring home some victories for the team.” 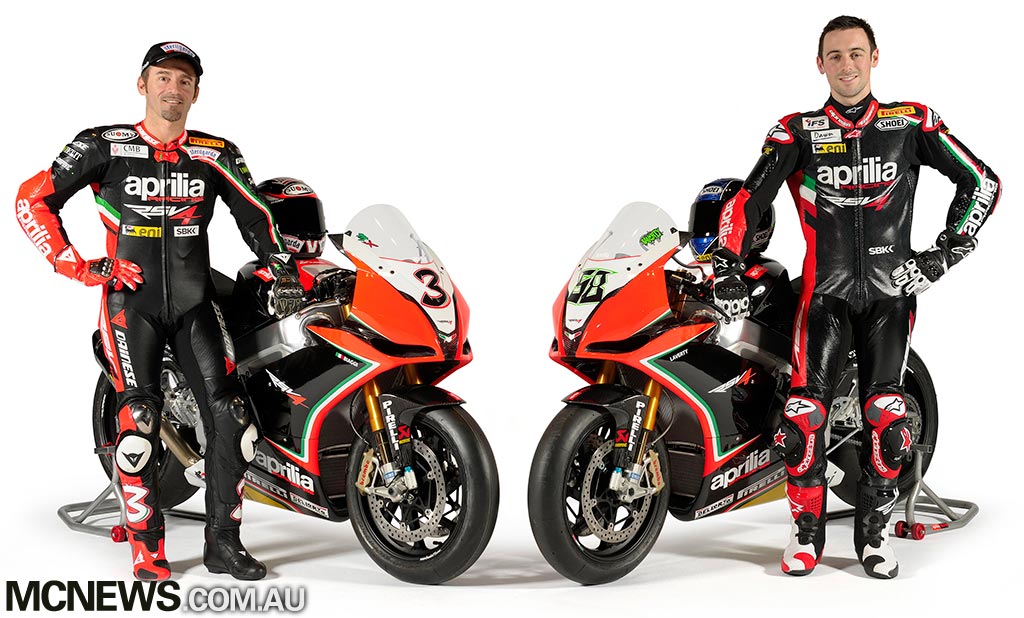