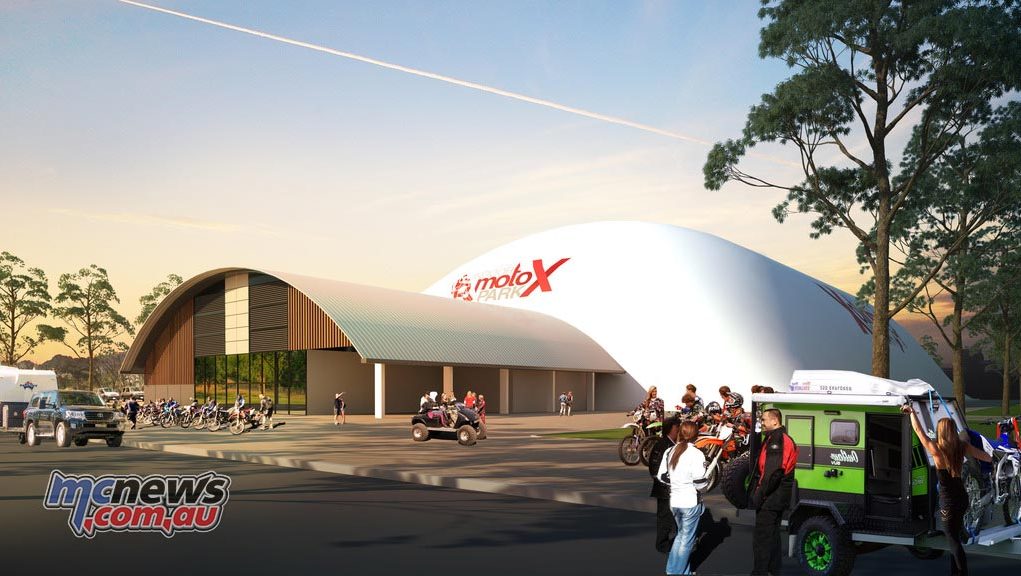 The Australian first project – to be constructed within Eastern Creek International Karting Raceway’s precinct – is a multi-million dollar project that will give dirt bike riders in Sydney and surrounds the chance to ride seven days per week, day and night in a climate controlled environment.

The exhaustive process to create the plans and lodge them has had the developers and the design team working overtime to ensure that all Australian standards have been met.

“We have left no stone unturned in the leadup to submitting the plans,” Developer Mattew Bartolo said.

“The Australian design standards are some of the most stringent in the world, so we had to adjust some of our original plans. Our engineers in the dome construction are the best at what they do, so they have been patient and diligent in assisting us to get the information we need.”

Mattew Bartolo was quick to praise Blacktown City Council and their assistance in the project.

“All the way along, Blacktown City Council have been extremely supportive of the project and we have ensured they were informed of where we were at since announcing Sydney Indoor MotoX Park in May.

“From Mayor – Stephen Bali down through his planners and staff, they have been fantastic support.”

Sydney Indoor MotoX Park is hoping the development application gets a quick turnaround so construction can start.

“We’re now in the Council’s hands as to the processing of the Development Application,” Mattew Bartolo added. “We’re hoping it will be a quick process so we can get it underway. Our constructors in the States are ready to go as soon as we get the tick of approval.

“Once the dome material has landed in Sydney, it is a very short time to actually construct the dome and then we can be in operation.”

The Sydney Indoor MotoX Park will feature a number of tracks, hire bikes for those who don’t own motorcycles, a cafe with outdoor eating area and children’s playground, spectator stadium seating, CCTV and first aid capabilities on site.

There will be ample parking for trucks, trailers and cars adjacent to the entrance. There will also be a merchandise shop and trade display areas.

“It has been a lot of work to this point, but we’re confident that the development application will be processed soon and we can bring to Sydney what dirt bike riders have been screaming out for.”