As if recent results hadn’t gone the way of the team, this weekend saw even worse bad luck being encountered by the Penrith-based PBM MotoGP Team at round 14 of the MotoGP World Championship at Aragon as both riders retired in the early stages.

With the recent changes in the team seeing Ulsterman Michael Laverty progress from the PBM-chassised Aprilia to the Aprilia ART with Australian Damian Cudlin being drafted in to ride the PBM machine, hopes were high for a change of fortune.

As high as 14th in free practice, Laverty managed to qualify in 20th place with Cudlin four places further back going into the 23-lap race but it wasn’t to last long as firstly Laverty was involved in an opening lap crash and then a couple of laps later, Cudlin joined him on the sidelines with a gearbox issue.

Despite the disappointment, Laverty remains in 24th overall in the MotoGP World Championship standings in his debut season. In the Claiming Rules Teams (CRT) class, Laverty is in tenth whereas PBM occupy eighth in the Constructors Championship and 12th in the Teams Championship in their debut season with their brand new British-built machine.

Michael Laverty: “It had been a good weekend up until the race, we improved with every session as I got more comfortable on the ART and the team adjusted the bike to suit me. We had the pace but unfortunately we never got to show it as I got taken out on the opening lap following a good start. It’s frustrating when you’re not at fault however it’s a DNF nonetheless. I feel really positive about our potential on the ART and I’m really looking forward to the three flyaway races in Asia which kick off in a fortnight’s time.”

Damian Cudlin: “It’s a real pity that my race came to an end so quickly as I was really looking forward to fighting with a couple of the guys in front of me, but that’s the way it goes sometimes. It was a difficult weekend but this is MotoGP and the level is very high! I really enjoyed being back in the GP paddock though, and the PBM team were fantastic to work for. I hope that with this experience under my belt, I can start to build and improve at the next race.”

Phil Borley, Technical Director: “In racing some days just don’t go your way and certainly in the race, nothing went well for us with both our riders completing less than three laps. The most frustrating thing was we could not see what our race pace would have been, both for Michael on the ART bike and Damian with his first race on the PBM bike. Michael made a good start and had made up some places when he was hit by another rider, resulting in a crash and Damian had some downshift problems, which he believed were a repeat of some issues we encountered in one of the sessions earlier. Despite our disappointment we will continue to work hard and hope for better fortune in Malaysia.” 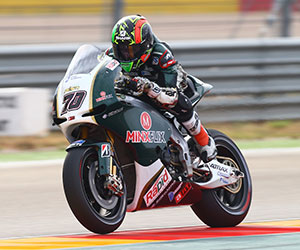 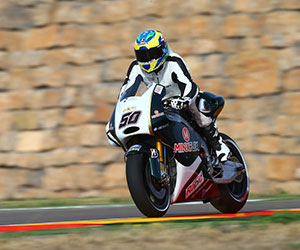