The 2014 Grand Prix of the Americas marked the 20th MotoGP start for Marc Marquez. The following table compares the facts from his first 20 premier class Grands Prix with those of riders who have become multiple World Champions in the top tier:

(Note: N/A signifies that full data is not available)
Above: Riders listed in order of most recent premier class title win, with most recent first

Dani Pedrosa needs to score a top eight finish at the Argentinean Grand Prix to move ahead of Alex Barros, and into third place, on the top ten list of all-time point scorers in the premier class.

At the Grand Prix of the Americas, Maverick Viñales took his first Moto2 victory in what was only his second start in the class. This made him the second-youngest rider, after Marc Marquez, to win a Moto2 Grand Prix. It also places Viñales sixth in the table below, displaying riders who have scored Grand Prix wins in two different World Championship classes.

Australia moves ahead of the USA

Jack Miller’s victory in Qatar was the 174th Grand Prix win for Australia; as shown in the list below, this is now one more GP win than has been achieved by riders from the USA.

The strength of Great Britain and Germany in the early years is clearly illustrated in this table, however the more recent drought is also clearly shown with no British or German victory yet recorded in the MotoGP category.  Will Cal Crutchlow, Scott Redding, Michael Laverty or Bradley Smith be the first British MotoGP winner? 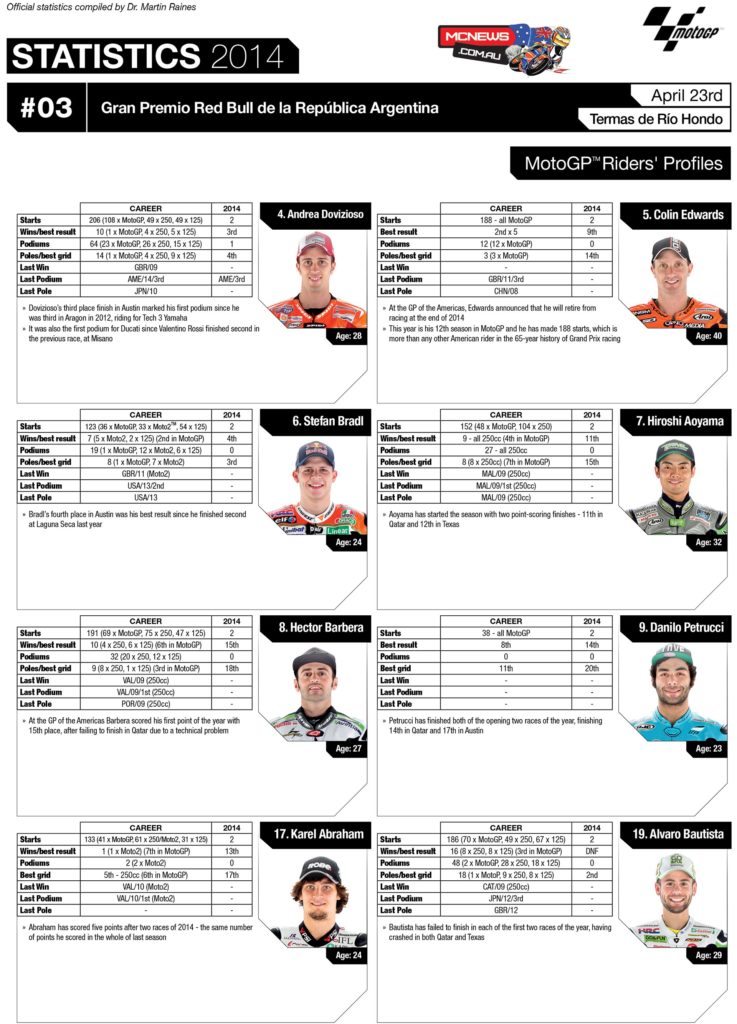