Plans for the FIM Asia Road Racing Championship’s eventual debut into the Australian motorcycle racing scene has been put on hold for one more season.

The Championship promoters, Two Wheels Motor Racing, had been working closely with Motorcycling Australia to bring the Asian series to Australian shores.

“There had been much talk about the possibility of racing in Australia this year. Interests were further stoked with strong 2016 performances from Australian riders in the ARRC – notably Anthony West’s double win in India and the rise of young talent Broc Pearson.

“However, an endeavour of such magnitude required more time and thorough preparations. Hence, both parties have agreed to defer the plans for a year. Talks are still underway and we remain optimistic about the possibilities.”

The Sepang International Circuit in Malaysia is back in the calendar. Circuit renovations in 2016 temporarily removed the Formula 1 circuit from the ARRC tour. This year, Sepang will host both the pre-season test on March 15 and 16 as well as the season-opener on April 1 and 2.

Japan’s iconic Suzuka Circuit reprises its customary mid-season role as the venue for Round 3 scheduled for June 3 to 4, 2017.

The Sentul International Circuit in Indonesia will spearhead the second half of the season on August 12 to 13, 2017.

India’s Buddh International Circuit, which made its ARRC debut last year, is also poised to see more action on October 7 to 8, 2017.

The Chang International Circuit, organizer of the most successful ARRC rounds in recent history, will once again play double duty in 2017. The Thai circuit will host a special round on April 14 and 15 as part of the national Songkhran festival, and provide the final battlefield for the closing stages of the year at the final leg on December 2 and 3, 2017. 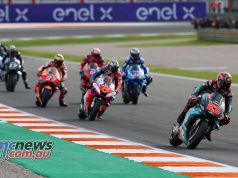