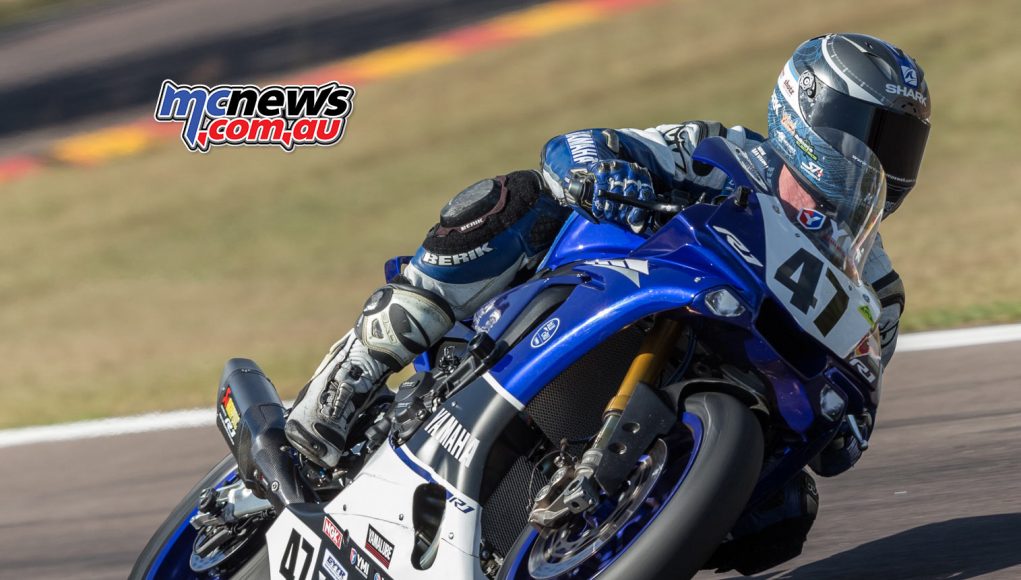 Wayne Maxwell and Daniel Falzon had set the pace during the two morning sessions at Hidden Valley this morning with Maxwell the quickest around the 2.87km circuit on 66.395 but Falzon was right on his heels, and on best split times would have actually had the edge in FP2.

Josh Waters climbed to the top of the charts halfway through FP3 with a 66.389 but was quickly knocked out of that #1 spot by Falzon, a lap later the South Australian lowered the benchmark to 66.275.

The Honda men had clearly found some improvements in either themselves or the new Fireblade SP2 in the final session, both riders into the 66s for the first time in the final session. The team, for the first time, now have the ability to change the power delivery somewhat between sessions, and for the riders to be able to select different maps while out on track themselves. The move to a fly-by-wire throttle, and a more sophisticated engine management system, also allowing the team to experiment with traction control settings and tuning their machine, and themselves, to the new machine.  Bryan Staring was quicker than defending ASBK Champion Troy Herfoss today, the Western Australian registering a 66.83 in the final session to rank fifth on combined times.

A crash in the final session robbed Cru Halliday of important track time but his 66.81 in FP2 indicated that the 29-year-old will be amongst the front runners this weekend.

Likewise Robbie Bugden does not have too much time to find in order to be challenging for podium positions here this weekend.

19-year-old Corey Turner indicated that he will be in the mix and might even upset some of the seasoned stars of ASBK, the Bendigo boy eighth on the timesheets just ahead of Beau Beaton while Glenn Allerton rounded out the top ten on his return from injury.

Wayne Maxwell put the #47 YRT machine on top of the charts in the dying minutes of the session, only four-hundredths of a second away from the first ever 65-second lap of the circuit.