Argentine car designer and entrepreneur Alejandro de Tomaso bought both Benelli and Moto Guzzi in 1971-72 and immediately looked to introduce new models to refresh their ranges.

The quickest way to do this, as far as Benelli was concerned, was to fairly blatantly copy the Honda CB500 four – but in the form of a 750cc six!

In fact it was the first six cylinder motorcycle to enter production – Honda’s CBX not appearing until 1978. It was first shown in late 1972 but didn’t begin to roll off the line until 1974. 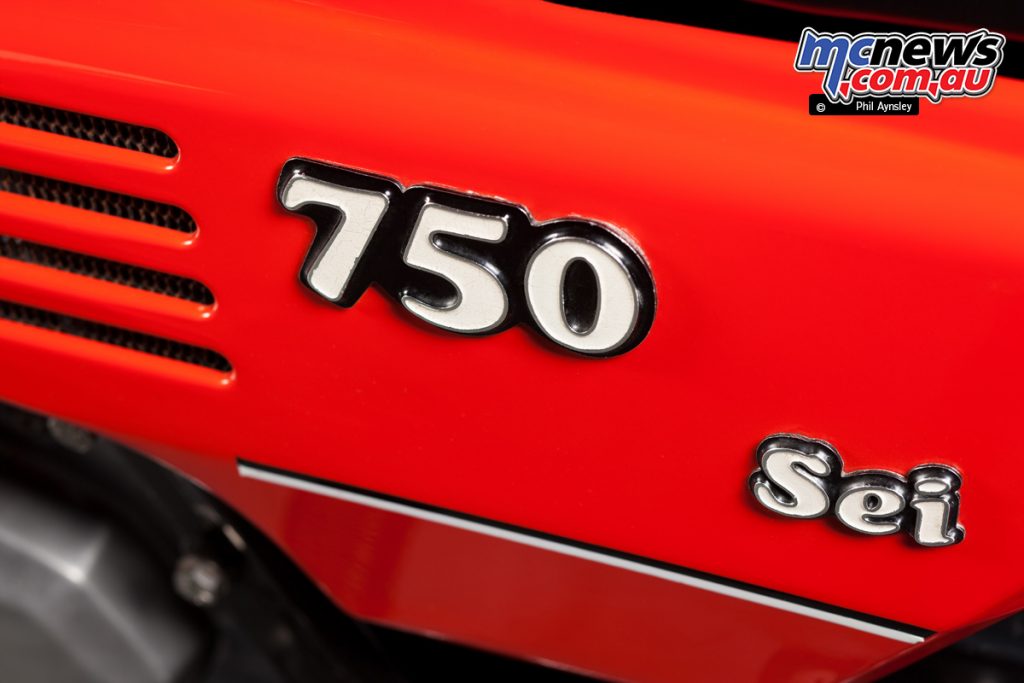 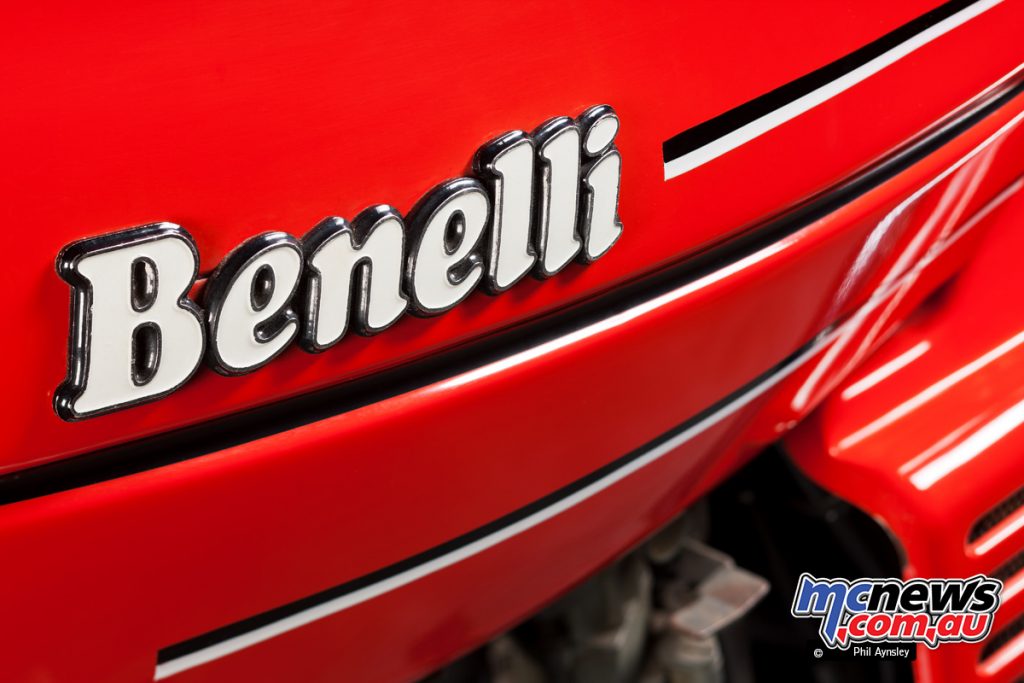 The Sei (Six) motor was almost identical to the CB500 with the exception of the two additional cylinders, the placement of the alternator and starter motor behind the cylinders, the airflow gaps between the cylinders and the use of only three carburettors (which kept the width down and left more room for the rider’s knees). The bike’s styling was by Ghia. 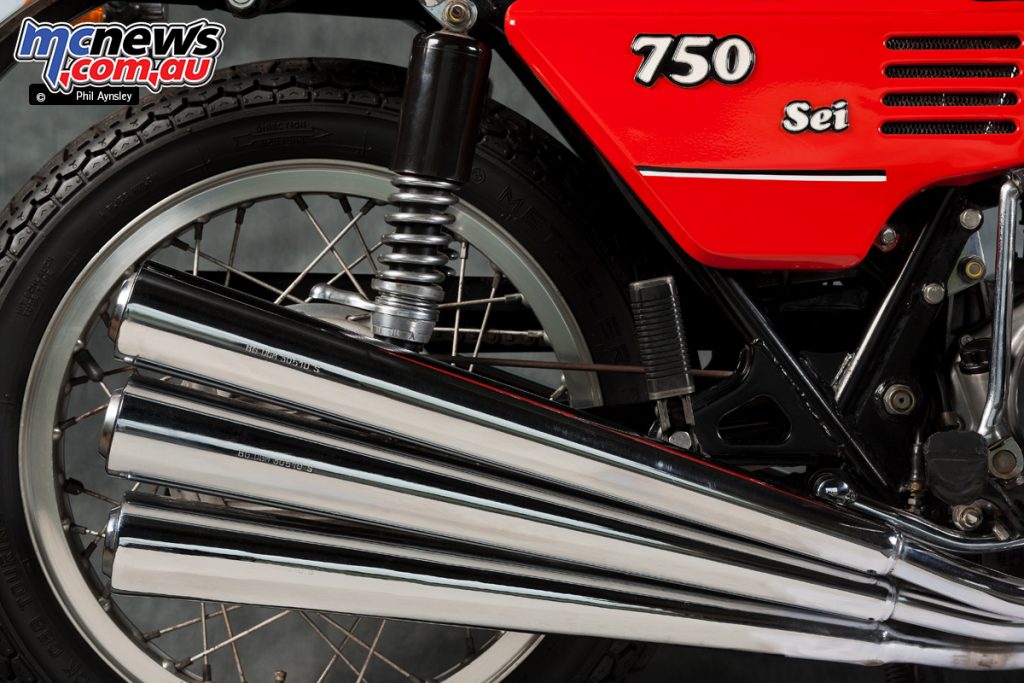 Production was split into two series, Series 1 from 1974 to 1976, and Series 2 from 1976 until production finished in 1978. The Series 2 bikes rectified the earlier problems with manufacturing tolerances for the gearbox and crankshaft. In addition they used Moto Guzzi derived front forks and came in four additional colours to the Series 1’s red, silver and green options. 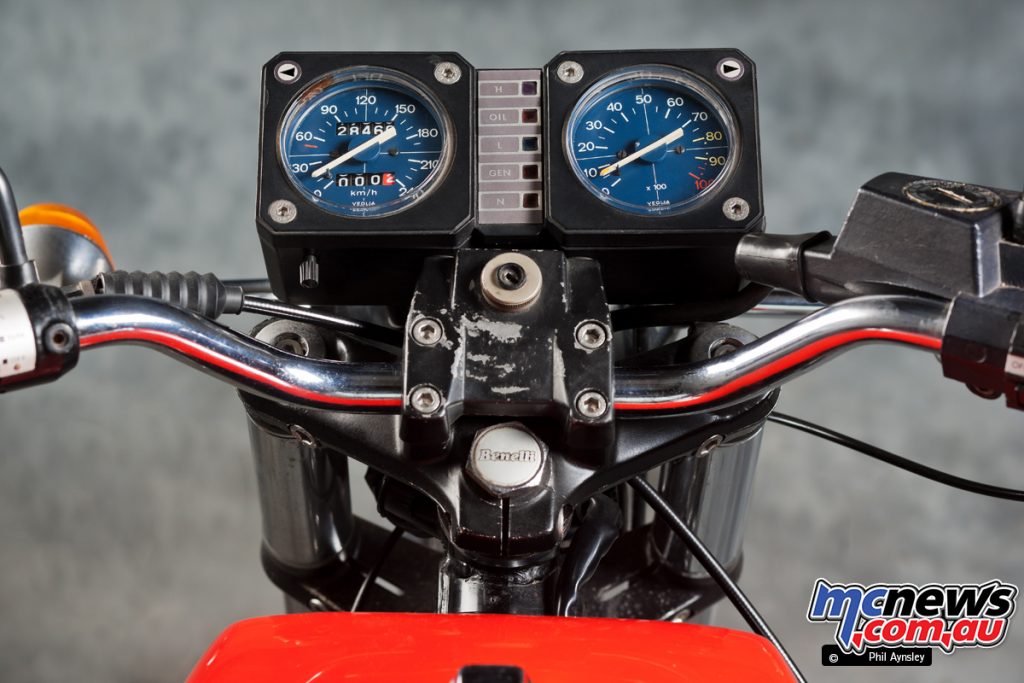 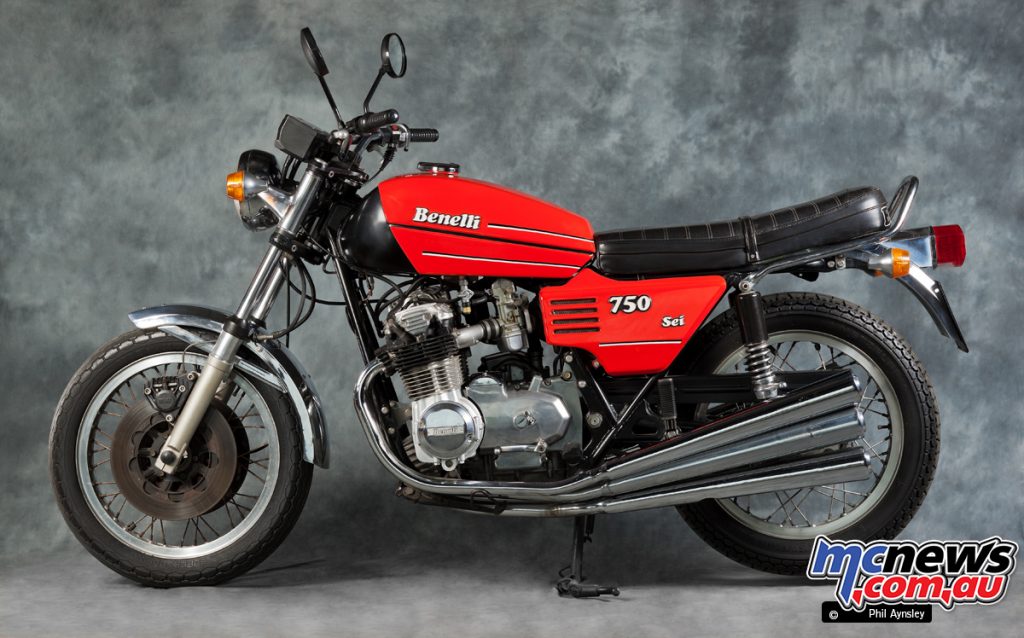 In 1978 the 900 Sei was introduced, replacing the 750. The motor was bored and stroked to 906cc and the alternator was repositioned to the left side of the crankshaft, all of which resulted in the motor being 50mm wider than the 750’s.

A duplex chain was used for the final drive and a disc replaced the rear drum brake. A six-into-two Silentium exhaust system replaced the 750’s six-into-six system.


Fewer than 1900 were manufactured prior to production ceasing in 1989, across four series. The bike seen here is a Mk4, the only version to feature the black painted motor and black chrome exhaust system. Earlier versions had round headlights, both with and without fairings. This bike is in original condition apart from the bars and grips.

Yamaha WR250R build up into a ‘Tenere 250R’ adventure machine