Team BMW Motorrad Motorsport has completed its test programme of 2011 with three successful days in Portimão (POR). The teams participating in the FIM Superbike World Championship are now not allowed to test between 1st December and 15th January 2012. Over the next few weeks the squad will continue to prepare for the coming season at its bases in Munich and Stephanskirchen (GER). The testing ban meant it was once again vital for the team to gather extensive data at the final test of the year in Portugal (28th to 30th November). This data will now form the basis for the work to be carried out over the coming weeks.

The team arrived in Portimão to find conditions very similar to those they experienced last week in Jerez de la Frontera (ESP), the weather was mainly sunny and the mild temperatures were over 20 degrees Celsius – ideal working conditions. Leon Haslam (GBR) and Marco Melandri (ITA) were joined this time by BMW Motorrad test and development rider Steve Martin (AUS). Marco posted the unofficial best time (1:42.4 minutes) at this test, which was held along with other teams.

The team had an extensive programme to get through in Portimão. It worked on set-up solutions for the new engine spec of the 2012 version of the BMW S 1000 RR. These will now be refined on the dynamic testing rig in Munich. Modifications and optimal changes were made to the gearbox. In terms of the chassis, the team tested various components, including new swingarms and base set-ups. The modified BMW electronics were further optimised, and the team managed to further improve the handling of the RR. New brake components were also tested successfully. The team also worked on the aerodynamics, weight distribution and ergonomics.

“I am very happy. It was very good to come back to Portimão and set constantly quick lap times on this track, on which we were not so competitive last season,” said BMW Motorrad factory rider Leon Haslam. “This shows that we have taken a really good step forward, particularly in regard to the engine characteristic and the electronics. We also found very good settings with the new chassis. The team will now use the coming two months to prepare everything for Australia. If we continue in this direction, everything is looking good for Phillip Island. I will now return to England and have an intensive fitness programme with my trainer lined up for December and January. And I am really excited about the birth of our first child very soon.”

“We had ideal weather and test conditions at both the tests in Jerez and Portimão. As such, we were able to get through a comprehensive workload with our riders,” said BMW Motorrad Motorsport Director Bernhard Gobmeier. “We tested most of the topics we had on our list. We were able to further optimise all areas of the 2012 version of the RR and will now focus on fine-tuning over the coming weeks in Munich and Stephanskirchen. In general, I can say that we look forward optimistically to go to Phillip Island in February. I am also pretty happy with our newly assembled race team. The cooperation is working excellently, both from a technical and human point of view. It is a very harmonious and creative working environment. The entire team has gelled together brilliantly within a very short space of time.”

Before the official start of the FIM Superbike World Championship season on 26th February 2012 in Phillip Island (AUS) Team BMW Motorrad Motorsport will conduct two more tests at this venue: from 13th to 15th February and at the official Infront Test on 20th and 21st February.

The three-day Valencia test finished on Wednesday 30th November, just before the new testing ban kicks in for all WSBK teams. Sykes, using race tyres, set a best lap of 1’33.1s, which is a tenth or so faster than the best Superpole lap ever recorded at the former WSBK venue.

Overhead conditions on the first day at Valencia started out cloudy but the afternoon and the final two days provided good track conditions, allowing both Sykes and Lascorz to make improvements that saw them set consistently strong lap times, whether on fresh race rubber or nearing the end of a long run.

There were many developments to the race-winning Ninja ZX-10R for both riders to test, including suspension, linkages, electronics, chassis geometry and the latest ride-by-wire system.

With more direct control of the entire KRT Superbike World Championship project once more evident at these tests, there were several Japanese engineers in the pit garages as all the team-members refined their working methods and strategies.

After the test ban is lifted in mid January the team will take to the track once more in Spain, at Almeria, to make further steps down the road toward the start of the new WSBK season. The 14-round/28-race campaign commences at Phillip Island in Australia on 26 February 2012.

Tom Sykes: “The tests went well and we ended up doing a 1’33.1 lap time on a race tyre. We have worked through a lot of different things, we are working well in the garage and I am relaxed. It is no secret that when I’m relaxed I work my best. We have had some good weather – consistent weather – in Valencia and that made it better to work through all we needed to do. We have a new electronics package and found a better overall machine balance for me. We also went well at Aragon even though we only really had half a good day there, because of weather and some car tyre rubber laid on the track surface. Once the conditions improved it took us only four outings of four laps each to beat the kind of lap times I set at the race last summer. Right now we are on a package that we have not changed so much between the two tests. We have a fairly good base setting that works for race distance and, when we put new tyres in, for a fast lap time as well. I think we have come a long way even since the post-season Portimao test. The bike tells me what it is doing quite a lot better than before, and the improved feedback tells me when I am arriving at the limit.”

Joan Lascorz: “I am very happy the way the test went because I set good lap times and I was very happy with the performance of the bike and the team. We made a lot of changes to the bike, changed a lot of general settings and worked on the suspension. Some are now much different from last year. All the staff worked well together again. I think I learned most from this test in terms of finding out more about our latest machine settings and then finding a more consistent good pace. These things should allow us to challenge closer to the top in 2012. Tom was very fast and we both worked well with race tyres.” 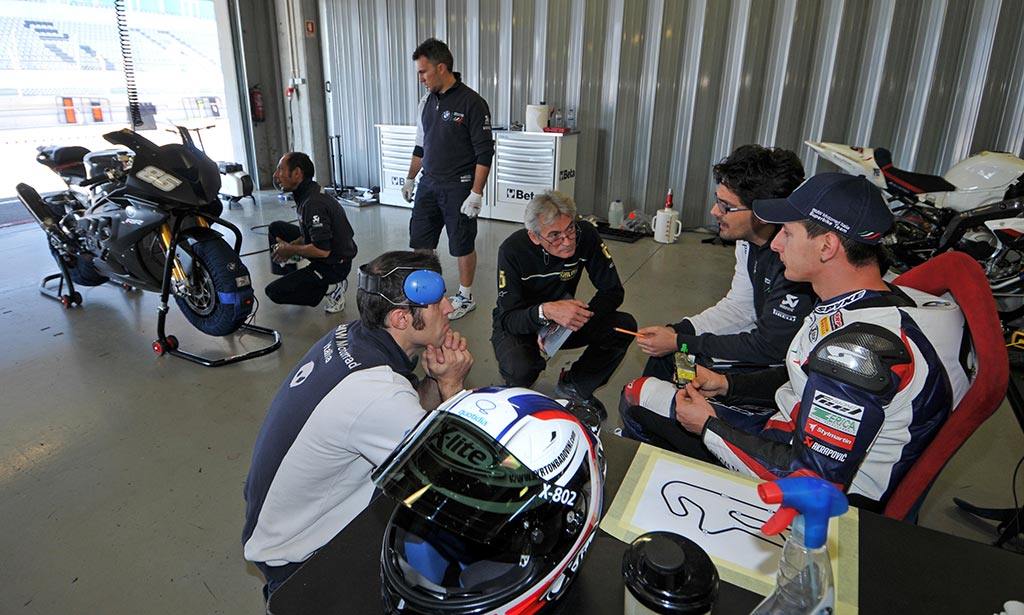 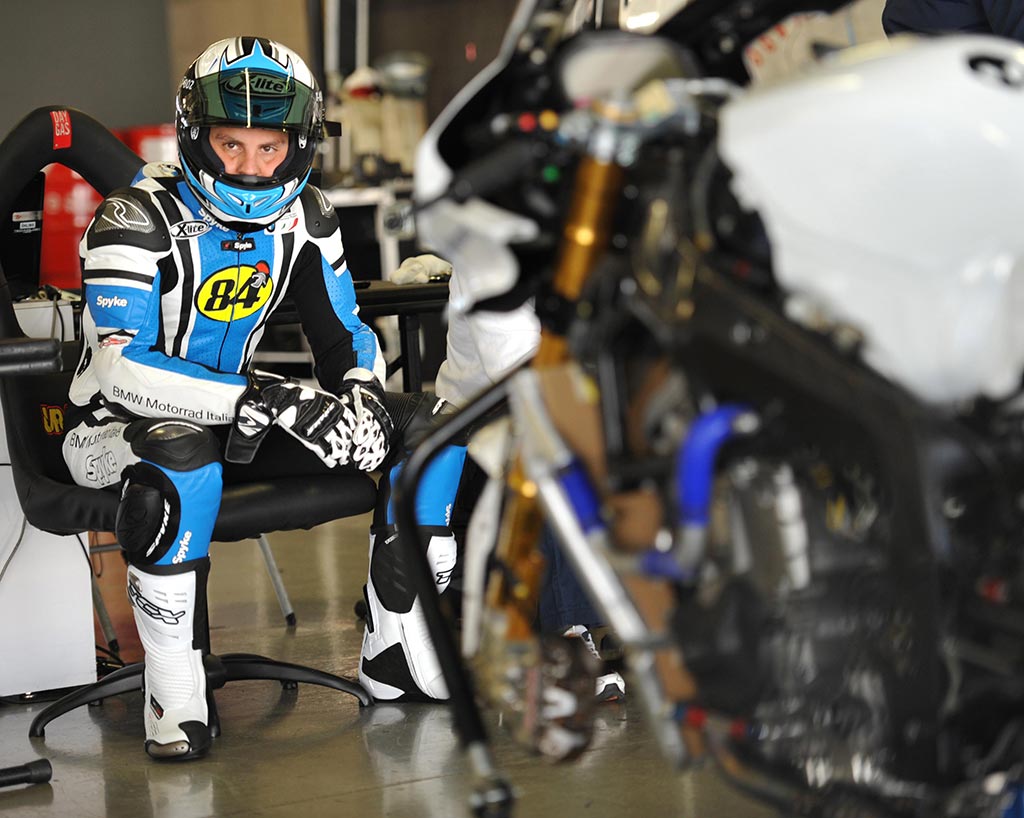