by Trev
in ASBK, Motorcycle News, Motorcycle Racing, Uncategorized
A A
Share on FacebookShare on TwitterShare

Knobby Underwear Suzuki’s Brayden Elliott made the transition in to the infamous premier Superbike category after his 2015 Supersport Championship win, in the 2016 Australia Superbike Championship traveling nationally,  and recapped on what has been one successful rookie year.

With the odds stacked against the hot pink machine at a less than ideal Round 1 of the Championship in Phillip Island, Elliott knew that the remainder of the season was going to be a hard fought battle against the likes of the factory Yamaha, Honda and Ducati teams.

Elliott shared that to finish the season on such a high was very important to him exclaiming that.

“I felt like I had the speed and the times throughout a lot of the year to be up there. And I knew within myself that I had what it takes to finish on the podium. It was just a matter of putting all the pieces together to get a race result.”

“Confidence wise it was really important to finish the season knowing that I have got the speed to run with the front guys. It’s a really good feeling to be entering the 2017 season with a few podium finish under my belt, and really high level of confidence to finish off the year.”

This season has been a giant learning curve for the 21-year-old rider, being the first athlete in many years to place a Suzuki on the Australian podium and adjusting to the Superbike power that comes with 1000cc machine as Elliott said.

“A learning curve that I had to go through was adjusting my riding style for the Superbike, and just trying to get use to the power and the speed difference,” he started.

“Probably from Round two onwards, consistency wise things were pretty good. I finished every race from round two onwards, and I stopped crashing. I would say that’s when things started to turn around, and then it was just a matter of getting comfortable on the bike. 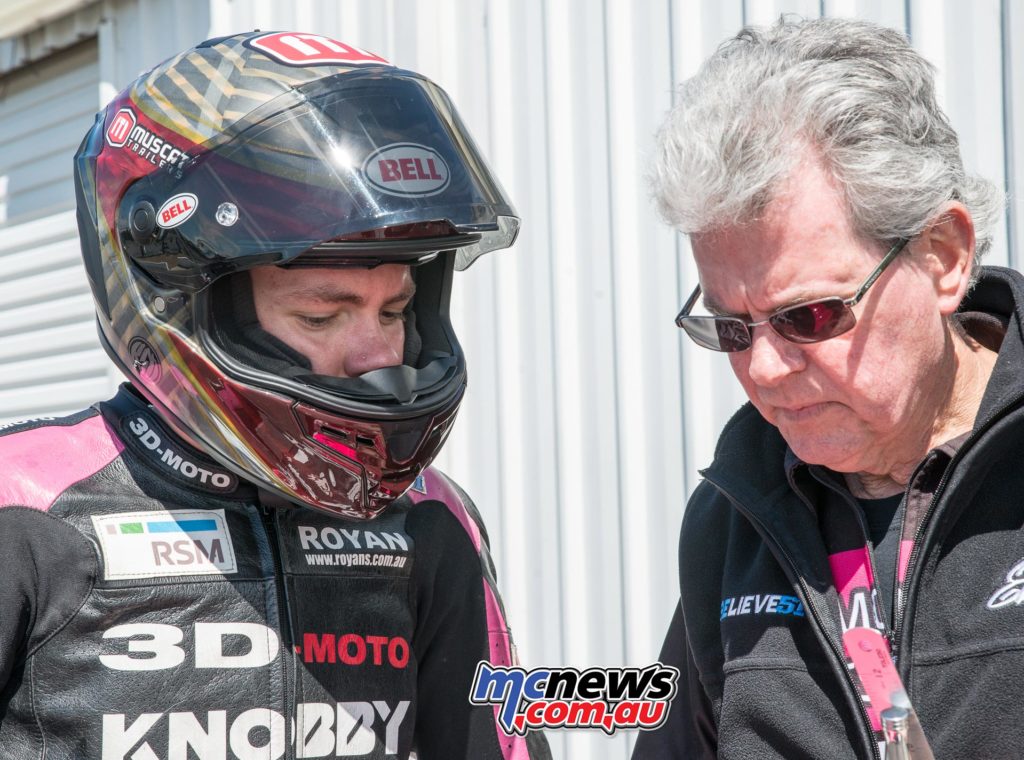 “Each round I got better over race distance, as I was struggling with arm pump and other things over race distance on the Superbike. Every race that I did throughout the year we improved. It probably wasn’t until the last round at Winton where everything started falling in to place, and clicking. That was probably the best moment for me,” Elliott finished.

Although his 2017 plans are yet to be cemented, should Elliott return to the Superbike grid with the Australian Superbike Championship his eyes are firmly set on a title chase.

“I definitely don’t see any reason why we can’t set the goal to be fighting for the championship. There is obviously a lot of quick guys in there, and it’s going to be tough at every round, it’s a long championship, but I knew at the end of this year that I had the speed to run with front guys and I think with more bike time I am only going to get better. I don’t think it is unrealistic to say that we can fight for the Championship.”

Despite the pressures of running a family based team, and Elliott’s limited experience on the Superbike, next year he sees that there should be nothing that would hold him back, or let him down.