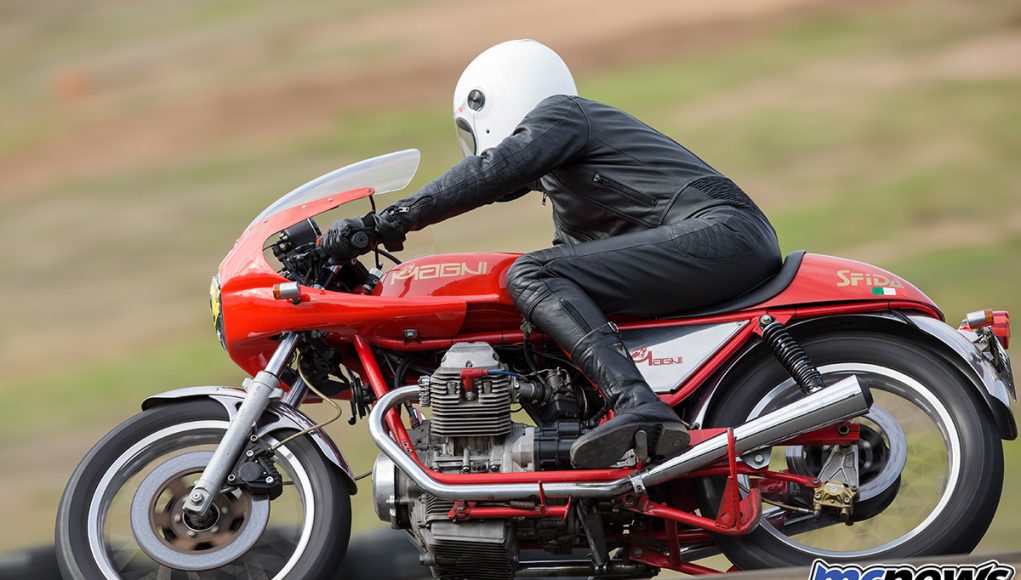 The 8th annual running of the Broadford Bike Bonanza turned out to be the perfect storm. With the weather sitting in the mid 20s for the entire event, and barely a cloud in the sky to darken the lenses of the multitude of cameras going off constantly both trackside and within the pits, including a huge number of trade displays.

M.A. claim a record number of over 3500 people attended the event, up on the previous record in 2015 and judging by the amount of people, bikes, campers and vehicles on the Sunday, there is no reason to doubt these figures. The place was packed.

With the Dirt track, Vinduro loop, Motocross track and road race circuit all operating almost constantly throughout the weekend, credit must be given to the organisers and most especially to Peter Drakeford and all the volunteers who worked tirelessly throughout the whole event.

The event was not short on famous stars from all racing disciplines either, with former Australian champions and world championship riders of the calibre of former Australian Superbike champion and World Superbike rider, Robbie Phillis. Robbie claimed the event was ‘Horn’, apart from injuring his shoulder doing some hard work in the pits for another rider that was. Phillis rode some of his old superbikes from the Mick Hone Katana days.

Former Australian Superbike Champion, World Superbike and GP500 rider Peter (God) Goddard, a very illusive former GP500 racer Kevin Magee (I tried all day to catch Kevin for a chat, but he was like the Phantom, disappearing after each ride and appearing out of the crowd as the renowned Bob Brown 860 Ducati which Kevin raced in the early 80’s, taking it up to the then 750cc two stroke GP bikes at circuits like Oran Park.)

The Horsham Hurricane as he was once known, still posed a diminutive figure aboard the immaculately prepared Bob Brown Ducati. The bike was simply stunning to look at. You could eat your dinner off the crankcases it was that clean and sounded as impressive as it did when new.

Overall the Broadford Bike Bonanza was another well run and well prepared event. In no small part to the huge efforts of Peter Drakeford who with his crew managed to make the event what it is…a fun, engaging and interesting display of all things motorcycle sport related. Bring on 2017.