The MCE Insurance British Superbike Championship hits Silverstone for the penultimate round this weekend (4/5/6 October) as the raging war between the Title Fighters intensifies with just a single point separating Shane ‘Shakey’ Byrne and Alex Lowes.

The Showdown started in dramatic fashion at Assen with Lowes claiming a sensational victory before an incident in race two with Byrne meant he was excluded from the result; but now the pair are ready to renew their rivalry this weekend at the Northamptonshire circuit.

Shakey said: “Assen obviously didn’t go completely according to plan, but myself and Alex are all cool. We have had some great races this season and we definitely have a few more to come before this season is done and dusted! I have been working hard since Assen with physio and training because I want to come out fighting as I am not giving up on that fourth title! The person I have to focus on is Alex; he is the closest one to me in the points which means he is the one I need to beat first. That is my plan at Silverstone and if I can do that and we work hard, then fingers crossed we can go to Brands Hatch still leading.”

Lowes added: “I am feeling pretty good for Silverstone and that is what we are focused on now. I am still feeling confident because we have shown the pace of the Samsung Honda at the past three rounds. We have won the last six races on track and that shows how strong we have been and if we keep working hard we shouldn’t be too far away from trying to do it again at Silverstone. We also can’t take it for granted because the races are sure to be close and I think we will have some tough battles again. Myself and Shakey have had some great races this season and we know it will be close again at Silverstone. I can’t wait!”

The first Showdown round at Assen saw James Ellison fire himself ahead of Josh Brookes by three points in the standings and the Milwaukee Yamaha rider currently holds third place, 21 points adrift of Byrne with 125 points still available before the champion is crowned at Brands Hatch. Ellison arrives this weekend with confidence high following the team’s recent appearance at the MotoGP support race at the circuit and determined to close the deficit, however Brookes is also ready to up his game ahead of the two races at Silverstone.

Brookes said: “I am putting things in place before Silverstone to be in a better position so that the weekends we have had recently don’t reoccur. I am preparing myself so that I am in a better position so we can try and perform to the level we need to. Assen was absolutely a missed opportunity but I can’t fix the damage now because it is done and we just need to come back stronger for the final two rounds because anything can happen.”

Ryuichi Kiyonari on the second Samsung Honda and Buildbase BMW’s James Westmoreland complete the line up of Title Fighters as five teams representing five different manufacturers battle for the 2013 title.

The Milwaukee Yamaha team head to Silverstone this weekend for the penultimate round of the MCE Insurance British Superbike Championship feeling confident of a strong performance; James Ellison is bidding to close the deficit in the standings at a track he recent celebrated victories at the MotoGP support race.

Ellison showed podium pace at the opening Showdown round at Assen; claiming a podium finish in race two which was later promoted to the victory after the disappointment of a retirement in the opener. Ellison arrives at the Northamptonshire circuit this weekend 21 points adrift, but confident that the team start the event in the strongest possible position having competed in the Silverstone 200 race earlier this month.

Tommy Bridewell is gearing up for his second round with Milwaukee Yamaha and after scoring a front row position in qualifying and a podium finish on his debut at Assen, he is eager to build on his opening performance.

Ellison said: “We go to Silverstone treating the event in the same way as any other so far this season. We have had great pace but on paper our results don’t look as good because of the DNFs, but if that’s all the bad luck out of the way then that is good especially now for the Showdown. At Assen we had a problem in race one and then it equalled out by having the extra points in race two. I think now that has made us want the results more; we were lucky that we had the recent event at MotoGP because we start the weekend ahead in terms of track time and that is a massive opportunity. I am really happy ahead of Silverstone and we need to win every race now but we are ready to roll.”

Bridewell said: “I am looking forward to Silverstone and working with the Milwaukee Yamaha team again. This weekend I am ready to go to the circuit with less nerves than I did at Assen and I already feel more relaxed now I have some laps under my belt and some experience on the bike. We showed at Assen that we could run the pace and I can’t see why we can’t go to Silverstone and do the same and fight for a top position. At Assen we had a podium in race one, and yes I was a bit eager in race two, but now my main objective is to be strong in the two races at Silverstone and do the best job I can for Milwaukee Yamaha.”

After being ousted from the Milwaukee Yamaha squad Mildura born rider Joshua Waters put in an impressive showing with BMW at the Le Mans 24 Hour and has now been picked up by the Halsall Racing Kawasaki squad for the remainder of the 2013 BSB Season.

The seat at Halsall had been vacated when Tommy Bridewell left the squad to take up Waters’ position in the Milwaukee Yamaha squad. Thus the pair have effectively now swapped teams.

The two-time Australian Superbike Champion had experienced his home grown success onboard a Suzuki GSX-R1000, and never adapted to the vastly different feeling YZF-R1 fielded by the Milwaukee Yamaha squad.  Fingers crossed Waters finds the Kawasaki much more to his liking.

The 2013 MCE Insurance British Superbike Championship season continues next weekend at Silverstone, before moving on to the series triple-header finale at Brands Hatch on October 20. 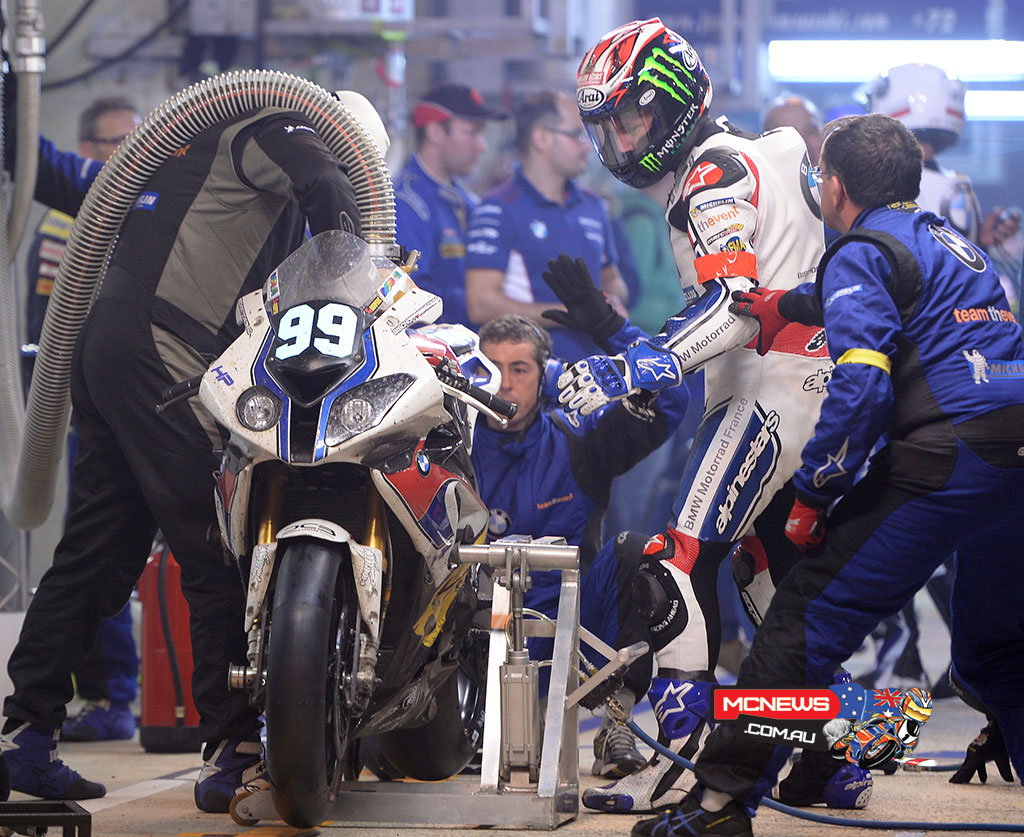 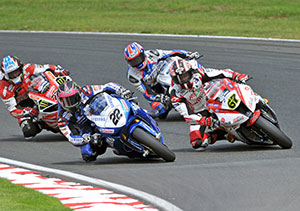