HRC and Cal Crutchlow have signed a contract extension that will see the Briton remain an HRC rider until the end of 2020.

“I am very pleased to renew and extend my relationship with Honda HRC and the LCR Honda Team again in 2020. We have all worked very hard and we have had great successes and will continue too, I’m sure. As I said in the past I have the best support I could ask for from Honda and Lucio and his Team do an excellent job to give me a competitive bike every weekend”.

Crutchlow has been riding a Honda RC213V since 2015 in the LCR Honda MotoGP Team, taking three victories in the premier class so far, the latest at April’s Argentine GP. The Briton has had a contract with HRC since last year and will continue to help with development of the RC213V MotoGP machine.

“We are happy to announce Cal’s contract extension. Last year we contracted with him for 2018 and 2019 as an HRC factory rider. This year he has again shown his strong talent and his performance deserves the status of factory rider. There is no better way to show him that than by making a new agreement with him, so we have decided to extend our contract. We’ve got to know Cal very well since he arrived at Honda in 2015. By hard work and by getting many good results he has contributed a lot to Honda and the LCR Honda MotoGP Team and he always gives us very useful feedback for the evolution of the RC213V.” 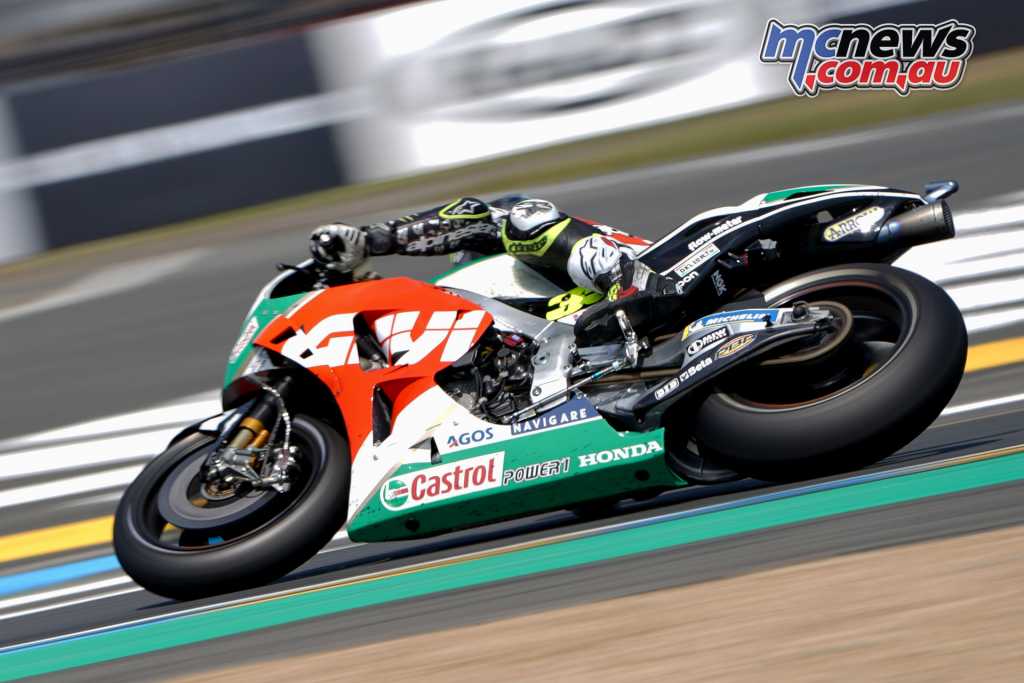 HRC and the LCR Honda MotoGP Team are very satisfied with Crutchlow’s performance and this is why both parties have decided to extend their agreement.

“We are very happy to continue our cooperation with Cal until, at least, the end of 2020. I believe that Cal has demonstrated an impressive talent since his arrival in Honda in 2015 and, once again, I want to thank him for the strong results we achieved together so far. The LCR Team will continue to support him in the best way together with the valuable cooperation of HRC and the LCR partners”.