The annual Maxima Racing Oils Conondale Classic has become the single biggest motocross event on the Queensland calendar and this year saw a record number of competitors turn up and do battle on a sensationally laid-out and prepared natural terrain motocross track.

Kiwi Campbell King (no relation to DK and SK) sensationally clocked the fastest time for the weekend on a well prepared CR125 AND managed to get among the leading pack in the 500cc littered Pro Class with corner speed that left his fellow competitors and the spectators gob smacked.

In the EVO Up to 125cc class Jacob Dank got the win ahead of John ‘this needs fixing’ Kemp and ‘the young’ Russell Williamson and it was Daryn Moore who beat ‘living legend’ Steve New and Peter Bowen in the Pre 1975 500cc class while William Doe won the Pre 1978 250cc class and Matt Dank won the Pre 1978 125cc class.

In the Pre 85 125cc class Matt Dank won all three motos ahead of Steve Freiberg and Steve Wastell while Jacob Dank took out the Pre 90 125cc class ahead of Adam Martin and an unlucky Kim Ashkenazi who won the first and third motos but dnf’d the middle moto thanks to a plug cap coming off his RM125.

Young Callum Wastell was all style as he took out the win in the Pre 1985 500cc class ahead of Matthew Torrington and Jeremy White while Shayne King rode the wheels off his Brad Van Barello fettled CR500 got the nod over his brother Darryll and Linkon McKean on the Pre 1990 500cc class.

Shayne did cut Darren Smart off in the first corner several times to make sure he secured the holeshot and there were several banana skins and bitch slaps thrown in anger back at the Smart/King pits – nothing landed though.

The spectacular Liam Beverly won all three of the EVO 250cc races ahead of Kurt ‘super smooth’ Percy and Adain ‘too lean’ Murphy but Murphy got his revenge in the Evo Open class by taking the win ahead of Tom Martin, ‘the old’ Russell Williamson, Steve New and Craig Anderson. Ando won the first and third moto but his Husky 500 didn’t finish the second moto thus taking him out of contention.

VMX tuning guru John Kittle got the win ahead of Daniel Godfrey and Sandra McQueen in the Pre 1978 250cc class and it was Daryn Moore who took out a hard fought win in the Pre 1978 500cc class ahead of all round good guy Tony Major and Michael McQueen.

Brian Fox took out the Pre 1970 class ahead Peter Bowen and 750cc Triumph Matisse Steve New while Jacob Dank got the win ahead of William Doe and Brogan Thomas in the Pre 1975 125cc class and in the Womans class Abbey Row snuck home ahead of Sandra McQueen, the hard charging Ayla Cadogan on an XR250, Kerry Goddard and Barb Smith.

The spectacular Mick MacDermid won the new Pre 1995 All-Powers class ahead of Matt Torrington, Jeremy White and Shaun Jennison while Wayne Holloway took out the Sidecar class ahead of David Mattock, Isaac Higgs and Geoff Udy.

The Linsdale Trust International 125 Twin-Shock Challenge had a $1000.00 pay cheque for the winner and it was a dead-set battle between Jacob and Matt Dank over the three races and this time it was Matt who got the win over Jacob and an equally hard charging (yet hard on the bikes) Jason Woodrow.

The Prime 8 Racing International 500 Twin-shock Challenge also had $1000.00 up for grabs and Daryll King took his time on a Husqvarna CR500 to take the win over Brad ‘don’t bother knocking if this baby is rocking’ Van Barrelo, Jack Paterson and Jason Woodrow who rode the wheels off a Kawasaki KLX440 hybrid.

The feature races over the weekend was obviously the Pro-Class and Darryll King was able to make the most of the Pete Robson fettled KX500 to win all four motos while second placed Ben Schodel had to ride the wheel off his KX250 to earn second place ahead of Shaun Jennison, Glenn Poole, Campbell King, Callum Wastell, Adam Martin, Glenn Bell, Jason Woodrow, Chris McCurdy, Mick MacDermid, Shayne King, Brad Van Barrelo and Steven Andrews.

Glenn Bell started his day off with a pair of second places but a crash in moto three took the former Aussie champ out for the day while Woodrow, McCurdy, MacDermid, Shayne King, Van Barello and Andrews all showed genuine speed to run at the pointy end but were struck with bike problems or crashes or both.

The future of the Maxima Racing Oils Conondale Classic is in good hands with QVMX hosting a well organised event in conjunction with the Sunshine Coast Motorcycle Club. The formula is not rocket science, put on plenty of racing on a well groomed and maintained track and you will get plenty of riders turning up and that is what the QVMX club has been able to do. Bring on 2016! 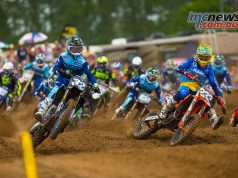 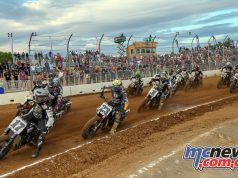 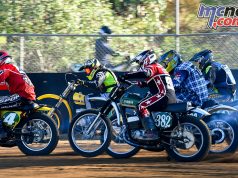