Troy Corser’s long and extremely successful innings in the Superbike World Championship has concluded, with the Australian bowing out in Portugal overnight wearing a special crocodile skin livery on his factory BMW.

“I have been racing for a long time and the day had to come, and although it is a sad day for a lot of people it had to come at some stage,” said Corser. “I think it is time to do it right now. We have brought the bike on well, and I think Leon (Haslam) and Marco (Melandri) will do a fantastic job with the bike in 2012.

“For me it is an honour to stay on with BMW as an ambassador, and there are lots of different areas where I will still be involved with the development, PR and so on. So I am not disappearing, I will still be around at the tracks.”

Although Wollongong’s Corser was determined to put on one last show at Portimao, he just couldn’t turn back the clock as he laboured to 14-16 finishes.

“I am a little disappointed with the results. That was not really how I wanted to finish my racing career,” said the 39-year-old. “We struggled the whole weekend. We were able to improve the bike by changing some settings, but we still did not have enough grip.

“I just rode as hard as I could with what I had and gave my best. It was a shame because we have made very good steps throughout the year and I was hoping to transfer that here to a good result.

“So it was just a matter of bringing it home without a crash. All in all I have to say that I enjoyed every bit of my time with BMW so far. It was frustrating at times, but there have been a lot of great moments as well.”

Corser has carved out a brilliant WSBK career, and at his absolute best was a ruthless practitioner. He could not only produce one-lap flyers in qualifying, but also could seize the initiative in races with his innate ability to lead from the front.

It’s that rare talent which has him retiring with a WSBK record 43 pole positions, and 130 podiums in 377 races. Of those visits to the dais, 33 have been for victories, 47 seconds and 50 thirds.

He made his WSBK debut way back in 1992, riding as a wildcard at Phillip Island on a Yamaha.

At Portimao, new world champion Carlos Checa (Ducati) rounded up long-time leader Sylvain Guintoli (Ducati) late in the piece to clinch race one, and in the final outing for 2011 it was a quinella for the Yamaha factory pairing of Melandri and Eugene Laverty.

Laverty and Max Biaggi (Aprilia) finished the championship level on 303pts, but the latter was awarded third overall on a countback.

Checa finished on 505pts, with Melandri second on 395.

There were three other Australians in the WSBK field at Portimao — Karl Muggeridge (Honda), Josh Waters (Suzuki) and Mark Aitchison (Kawasaki) — but they all finished out of the points. 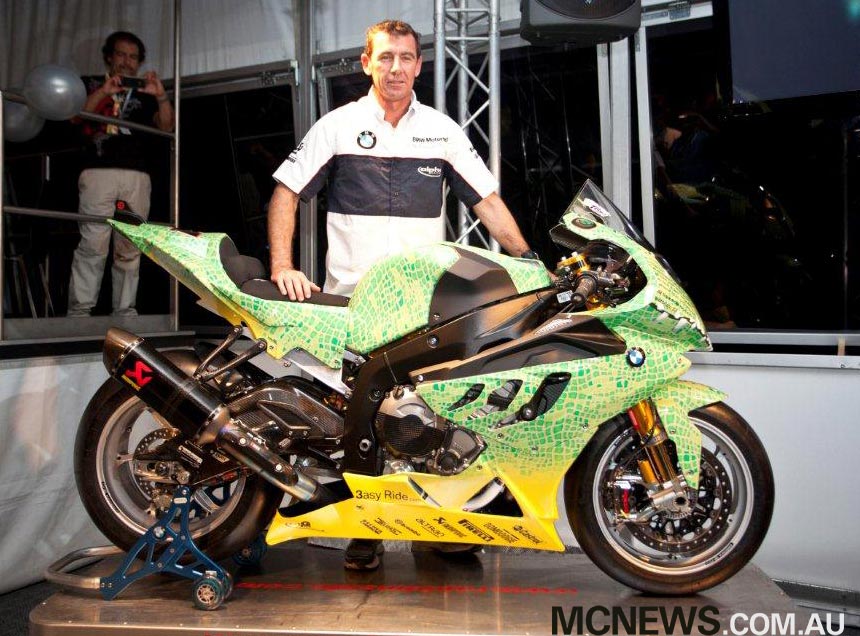 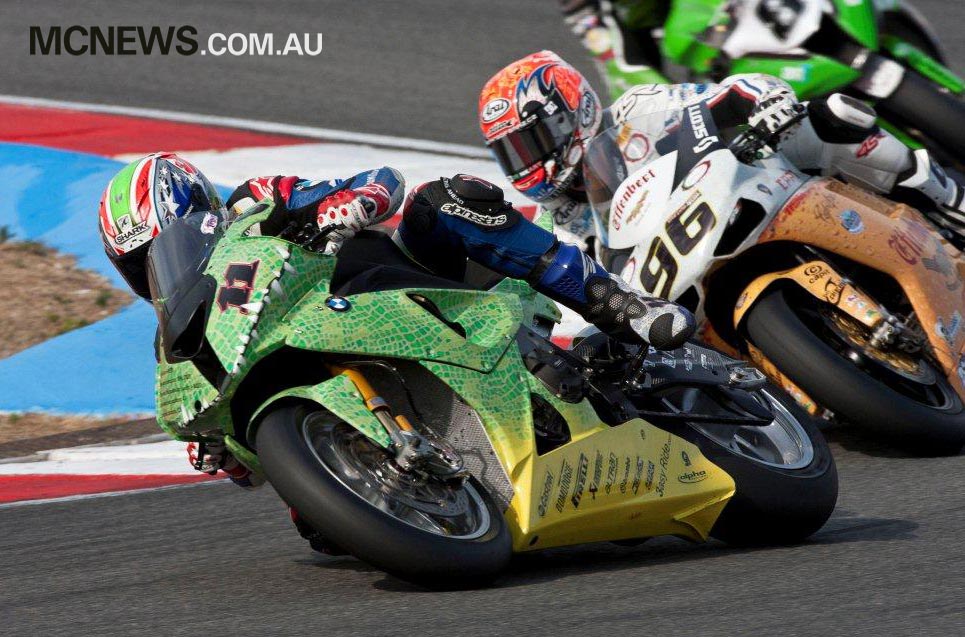