Falzon had ran off the circuit early in the race after losing the front at turn six. The South Australian was then working his way back through the field when he clashed with Buckley, who unfortunately suffered a broken ankle in the incident. 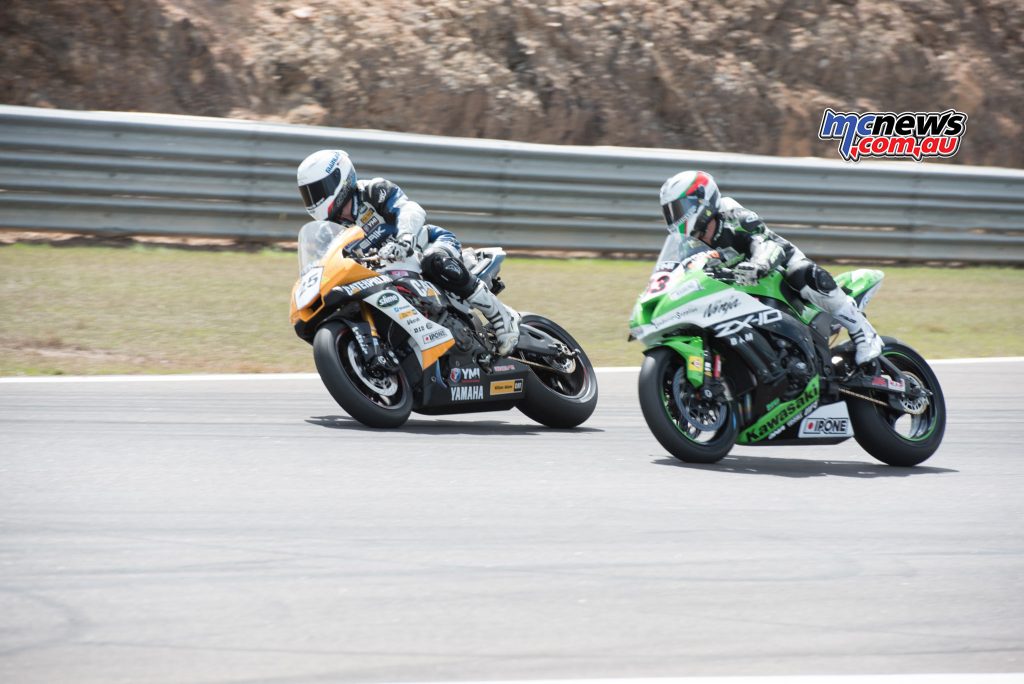 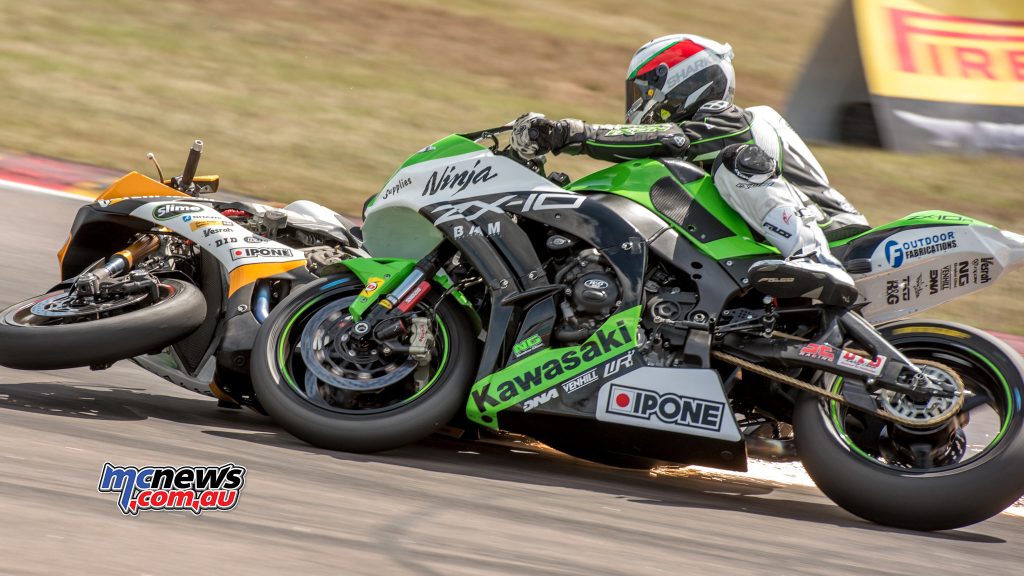 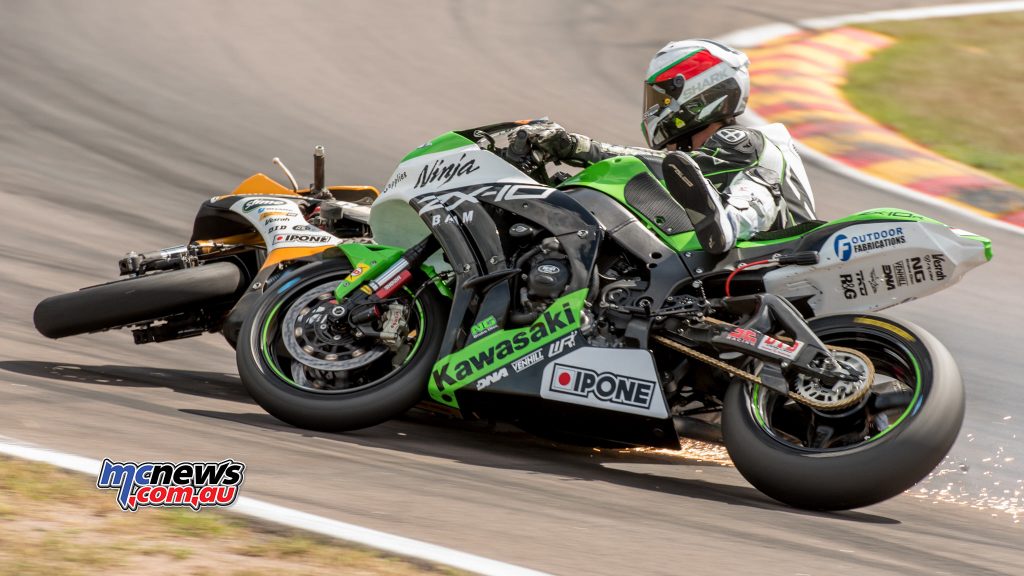 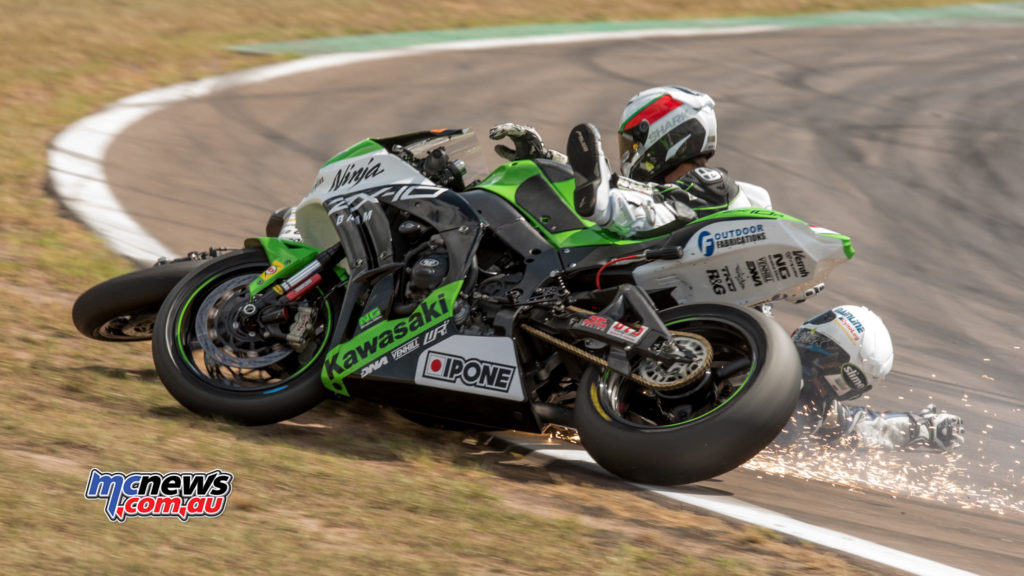 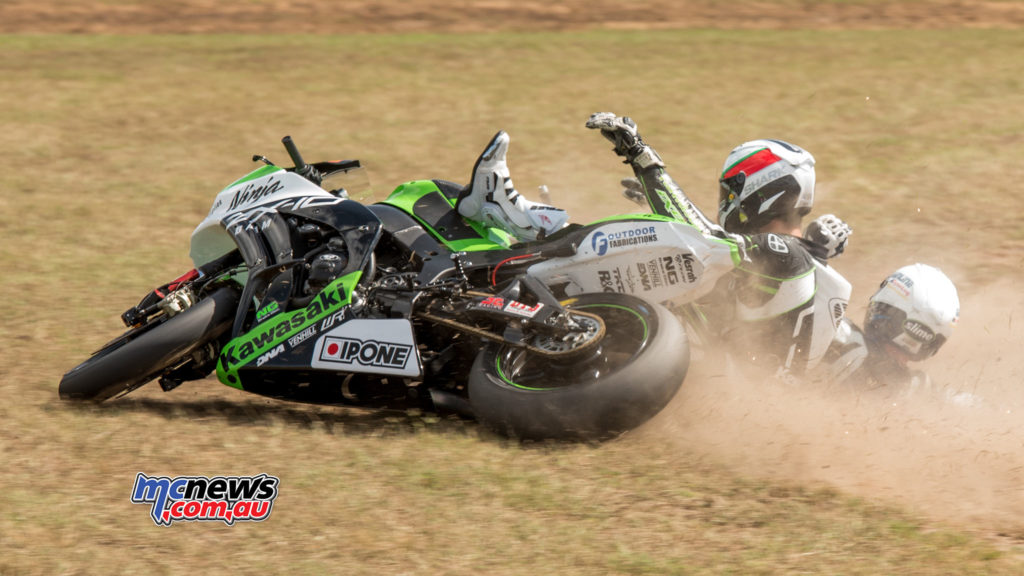 A red flag was produced to stop the race, as Buckley was obviously injured and was in a dangerous place on the circuit should another rider fall.

Falzon took his place on the grid for the restart and eventually finished sixth.

The Clerk of Course then disqualified Falzon from the race results, deeming him to be the cause of the earlier red flag incident.

Falzon appealed the decision and the 23-year-old had his appeal upheld. Read further below for the official judgment from M.A.

The 15-points reinstated to Falzon has seen him now tied for the championship lead with Troy Herfoss.

The ASBK series still has three rounds remaining in what will be fairly busy end to the season. Round five will see ASBK visit Queensland’s Morgan Park at the end of August (25-27), before the penultimate round in Sydney two weeks later (Sept’ 8-10), and the Championship finale will be staged at Phillip Island two weeks before MotoGP, October 6-8.

Motorcycling Australia wishes to advise the amendment made to results of Race One of the Yamaha Motorcycle Insurance (YMI) Superbike class, at Hidden Valley Raceway on Sunday July 09 2017 during Round 4 of the  Yamaha Motor Finance Australian Superbike Championship presented by Motul Pirelli (ASBK).

Competitor Daniel Falzon (#25), submitted a protest in relation to the allegation and the matter was heard before a Jury. The members of the protest hearing (Jury) subsequently agreed with the Clerk of Course, that Daniel Falzon (#25) was involved in the crash with Kyle Buckely (#83) that ultimately stopped the race, requiring a restart.

From review of the evidence submitted at the protest hearing, the Jury could not agree that Daniel Falzon (#25) was the sole contributor nor cause of the race being stopped.

Based on the lack of irrefutable evidence in the first instance, the Jury supports the Clerk of Course’s decision to include Daniel Falzon (#25) in the restart of the race. In the second instance, with regard to the determination, the Jury does not support the Clerk of Course’s decision to exclude Daniel Falzon (#25) from the race results.

After review of all the evidence provided, including on board camera footage, data analysis, still photography and based on Daniel Falzon (#25) being permitted to participate in the restart of the race, and the inability of the Jury to conclusively prove that Daniel Falzon (#25) was the sole cause of the race stoppage (being the only rider penalised), the Jury accept Daniel Fazlon’s (#25) protest, and have overturned the results exclusion determination made by the Clerk of Course in favour of the protestor Daniel Falzon (#25).

By order of the Steward, the results for Superbike Race 1 of Round 4 at Hidden Valley Raceway have been amended to reinstate Competitor #25 (Daniel Falzon) into sixth position of that race.

ASBK at The Bend also bites the COVID bullet