The Formula Xtreme Superbike Championships fire up for round two of the 2012 season this weekend, April 20-22, at Goulburn’s Wakefield Park Raceway.

Young hard charger Rick Olson took his Factory Yamaha R1 to a round win just over a month ago at Eastern Creek Raceway at round one of the series, beating his far more experienced and more fancied team mate Kevin Curtain on his similar machine to the trophy.

No doubt Olson will be looking to consolidate his position at the top of the tree, and once again beat Curtain, and the other stars of the premier FX Superbike class which sees the countries best riders doing battle on lightly modified 1000cc sportsbikes.

Round two last year was taken out by Brayden Carr on his BMW S1000RR, the Carr Brothers Motorsport team have new sponsors on the side of their fresh 2012 model Beemer, and will be looking to step up after a slightly slower than anticipated opening to the season.

Back on home soil will be another supported family team, the Team Cullen Yamaha’s were lacking development and testing time at round one, hopefully they will have ironed the bugs out of the “Big Bang” machines, and found a good set up for the tight and technical country NSW layout.

Crowd favourite Dustin Goldsmith will be one of several riders who are bringing Kawasaki back to the forefront of Australian Road Racing. Goldsmith was well inside the top 10 despite some dramas at Eastern Creek, and will look to build on that. Another front running green machine will be ridden by Matthew Walters, he was right behind the factory bikes at round 1, and will be looking to continue his rise up the charts.

Adding a new sight and sound to the FX Superbike class this year is returning ex pat Russell Holland on the Trinder Racing Aprilia RSV4. Holland was slightly off the pace at round 1, but he is an experienced rider working with a very experienced team, and it would not surprise to see him challenging for the spoils come the end of the weekend.

This shows the FX Superbike class will be chocker blocked with action, with at least half a dozen riders well and truly capable of finishing at the front this weekend! Not to mention the battles just behind in the mid-pack where the privateers and rookies will be leaving no stone unturned in search of FX Superbike glory.

The FX 600 class for lightly modified 600cc sportsbikes will be just as tight, with the protagonists from round one expected to be at the front once again. Kev Curtain and mike Jones on the factory Yamaha R6’s will no doubt be up the front. However they were challenged by Sean Condon and Adrian Di Giandomenico on their private R6’s at Eastern Creek, expect no less at round two.

Also pushing hard will be Reece Bancell Scholarship winner Michael Lockart on his Kawasaki ZX6R, and ultra hard charger Dave Abbott who will be stepping up from his regular 400cc mount onto a Suzuki GSXR600.

The mid-pack battle between Michael Blair, Callum Spriggs and Liam Wilkinson was a highlight at round one, and should be no different around Wakefield Park.

Then there will be the mix and match of different machines, still being ridden super hard and super quick in each of the support categories. Pro Thunder for bikes such as Ducati’s 1198, KTM’s RC8R and Aprilia’s RSV4. Nakedbike for those who prefer their circuit racing without full fairings, Formula OZ where almost anything with two wheels goes, including the bike which lapped fasted of all at round one, the factory Yamaha R1 of Cru Halliday. And the combined Ultra Lites race, featuring small capacity GP machines, 400cc production machines and Supermoto’s all on track together.

Hopefully the NSW rain Gods have provided enough precipitation during the week, and will leave the weekend clear and sunny.

Wakefield Park Raceway is just 10 minutes outside the picturesque town of Goulburn, approximately 3 hours from Sydney. Bikes will be on track for qualifying from 9am both Saturday and Sunday, with racing starting approximately 10:30am. Tickets are available at the gate. 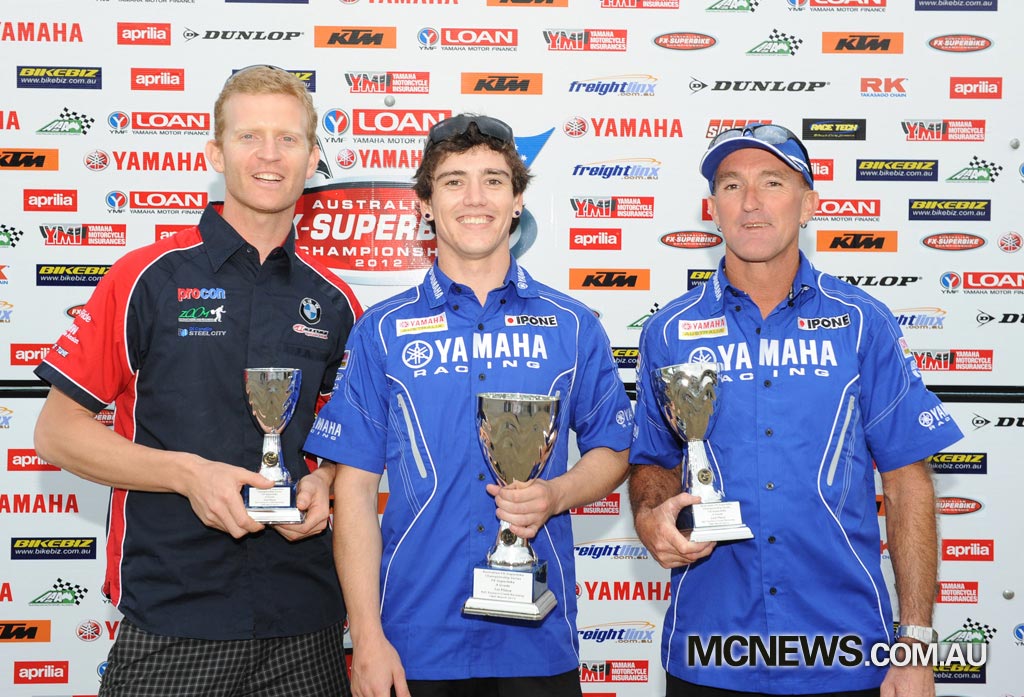 YART set the pace during Wednesday practice at Suzuka