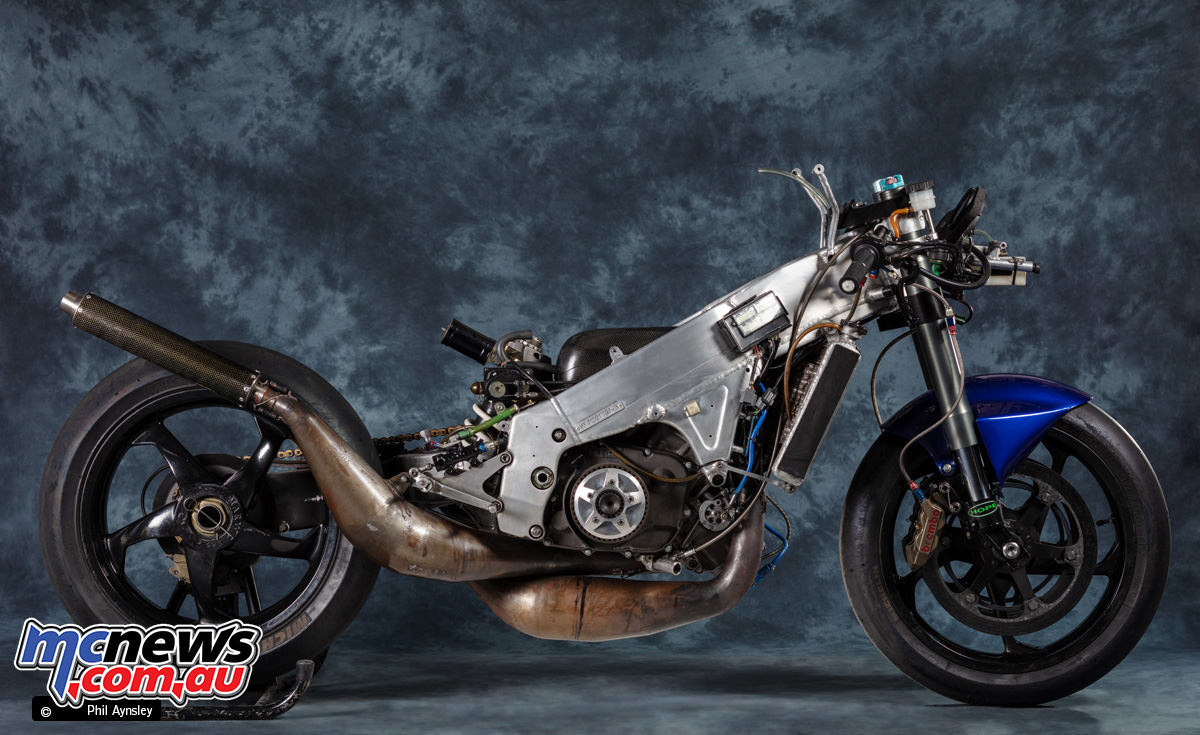 This bike is an experimental design by Eric Offenstadt, tested in 2000/01 (using a 1997 frame). The major feature is the steeply angled front forks, which are adjustable between 20.5 and 23.5 degrees, together with the re-welding of the front section of the frame, changed triple clamps and the front axle positioned well in front of the centreline of the forks. 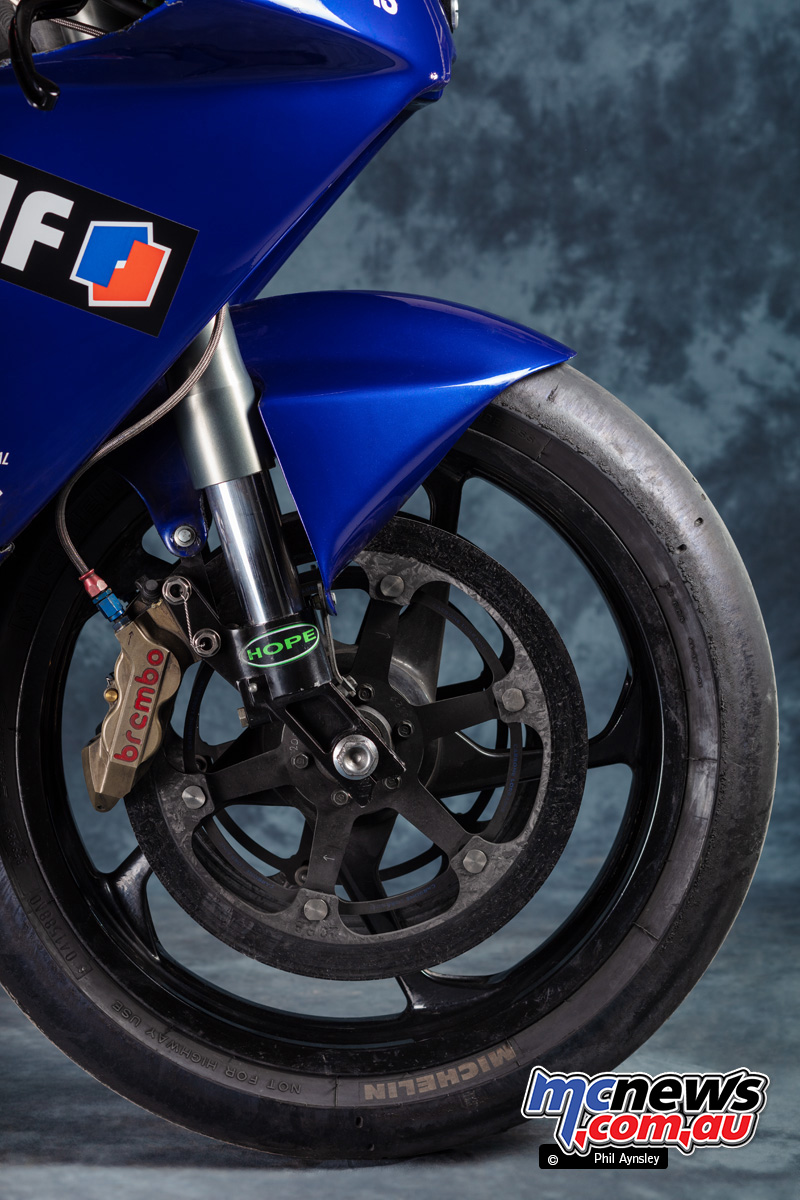 When the fork tubes are compressed the offset of the wheel axle varies with the angle, since it is no longer parallel to the directional geometric axis. This results in the axle being 40mm from the direct axis under no load to 20mm from the same axis when compressed. 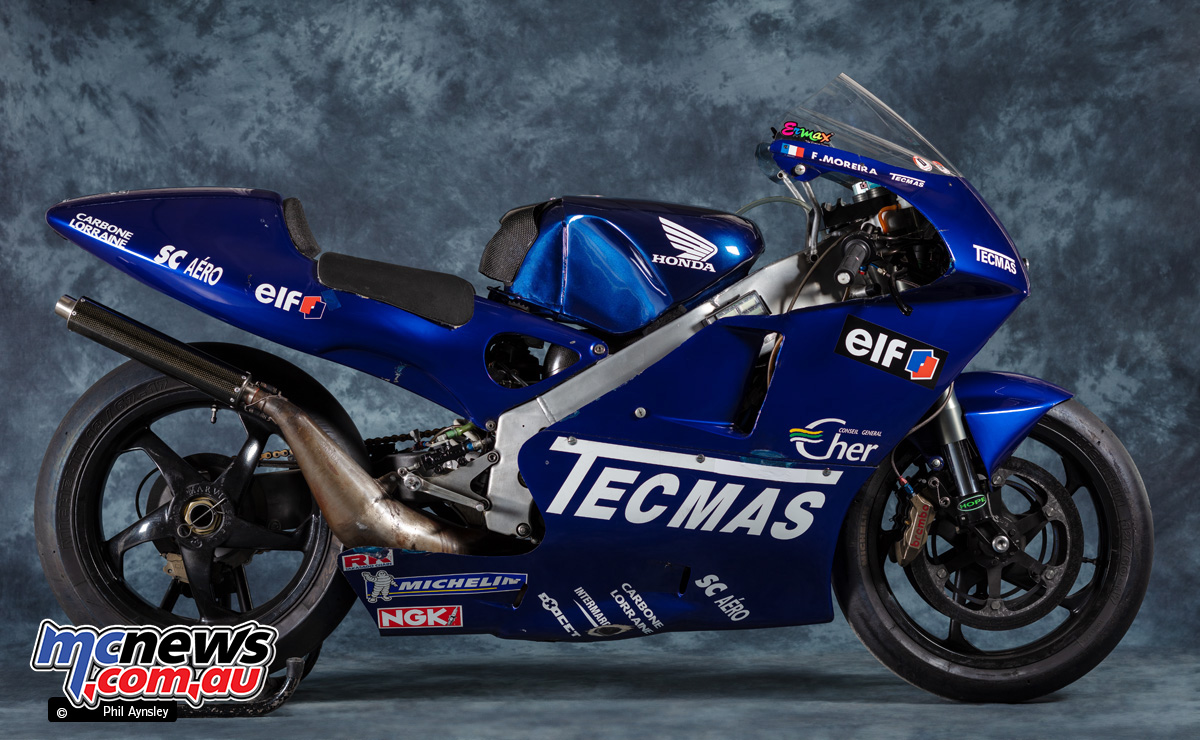 Additionally the brake grip is improved as the wheel is more vertical. Finally the wheelbase is reduced even more than with a normal front end under braking but it takes a bit more braking power for the rear wheel to lift. 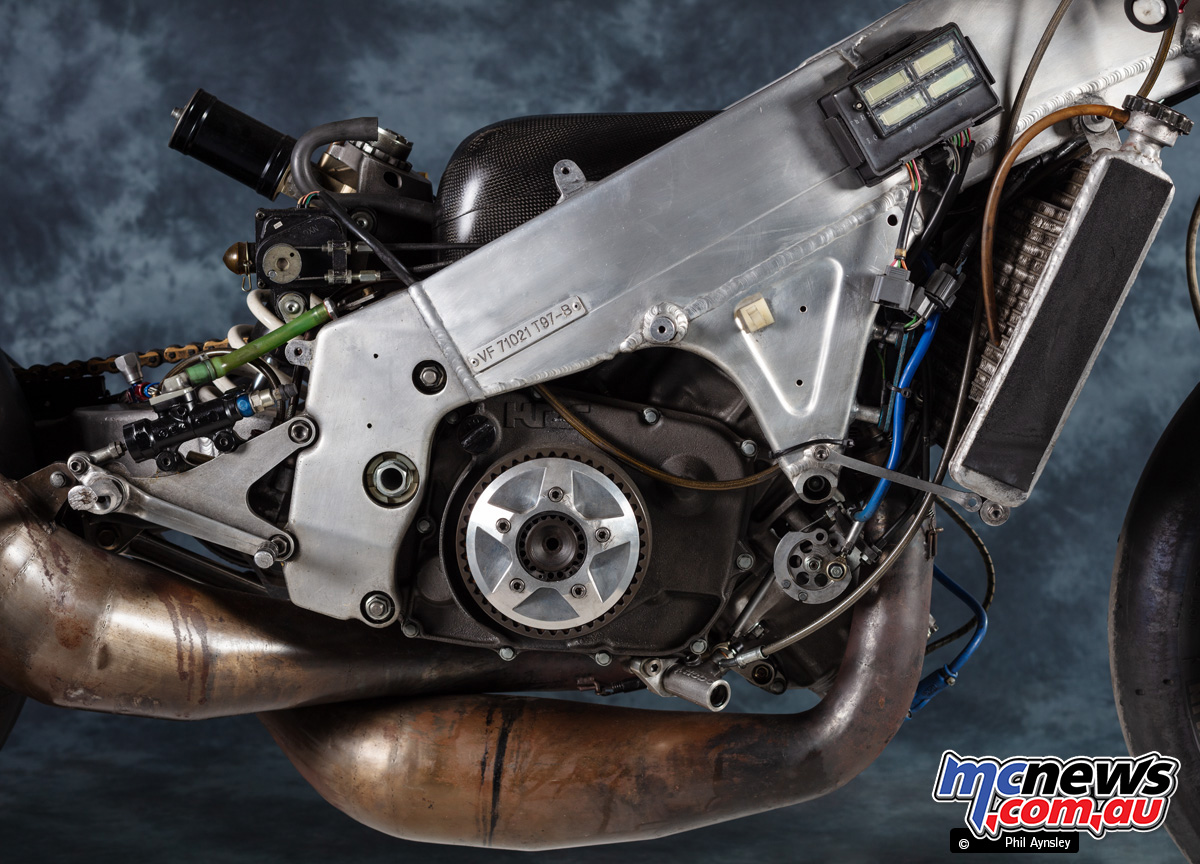 Other interesting details are the integrated brakes and the use of a single-sided swingarm with a large pinion to reduce the forces of the gearbox/chain on the rear suspension. 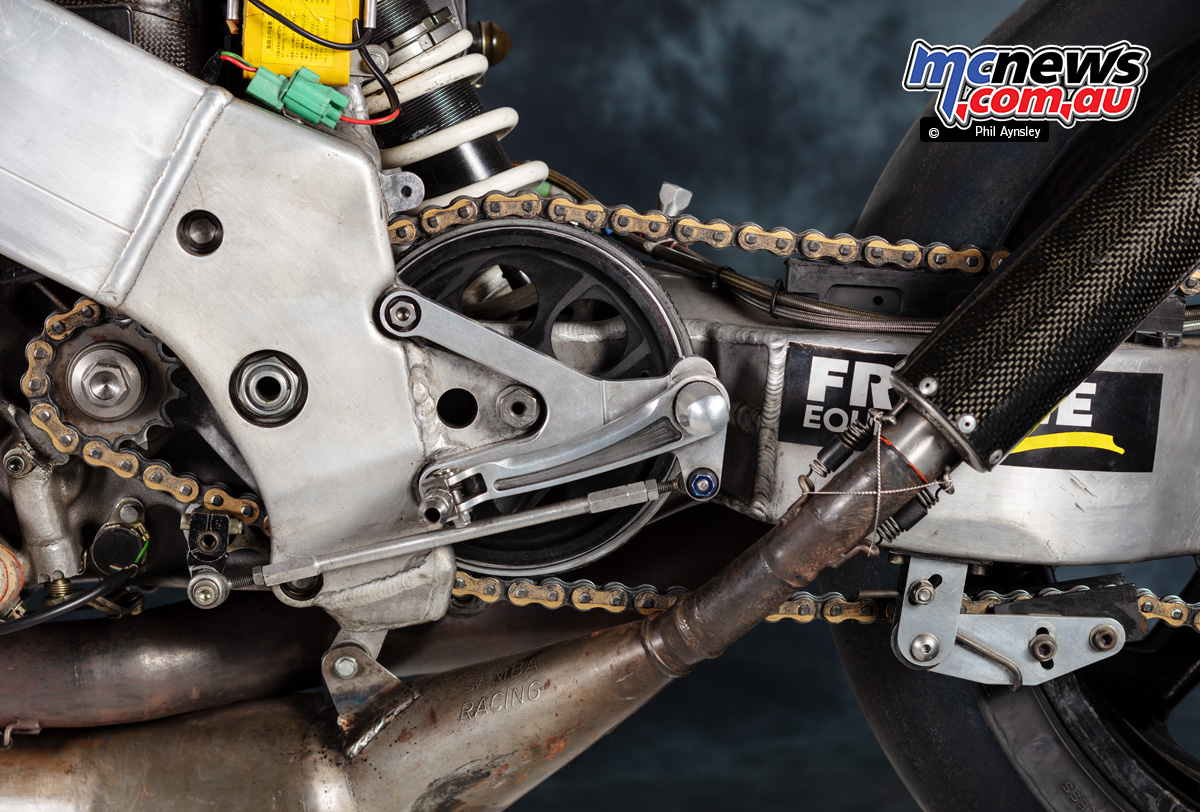 During testing at Almeria in 2000 Sylvain Guintoli came within 1.2 seconds of Troy Bayliss’ circuit record set on the factory 996 Ducati superbike. 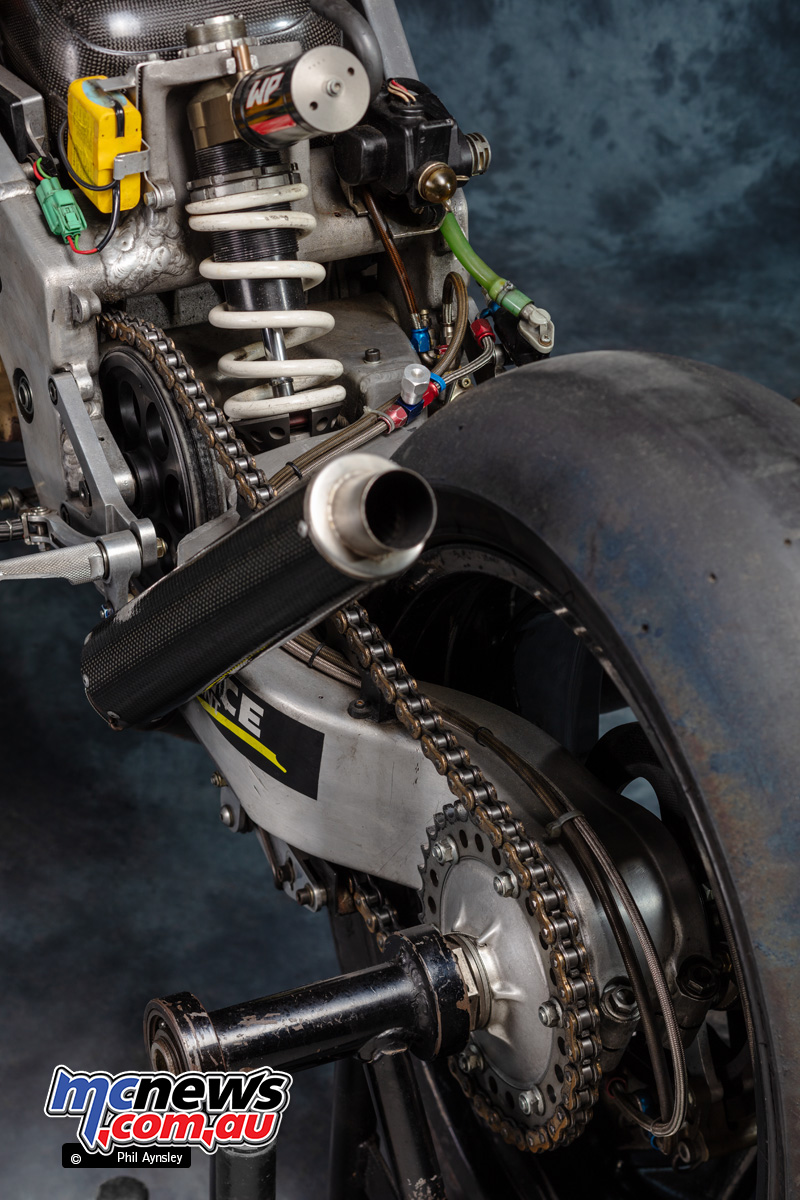 Lack of funds caused the project to be cancelled in 2001. The bike carries Fredric Moreira’s name as he was the final test rider at the Pau circuit in 2001. 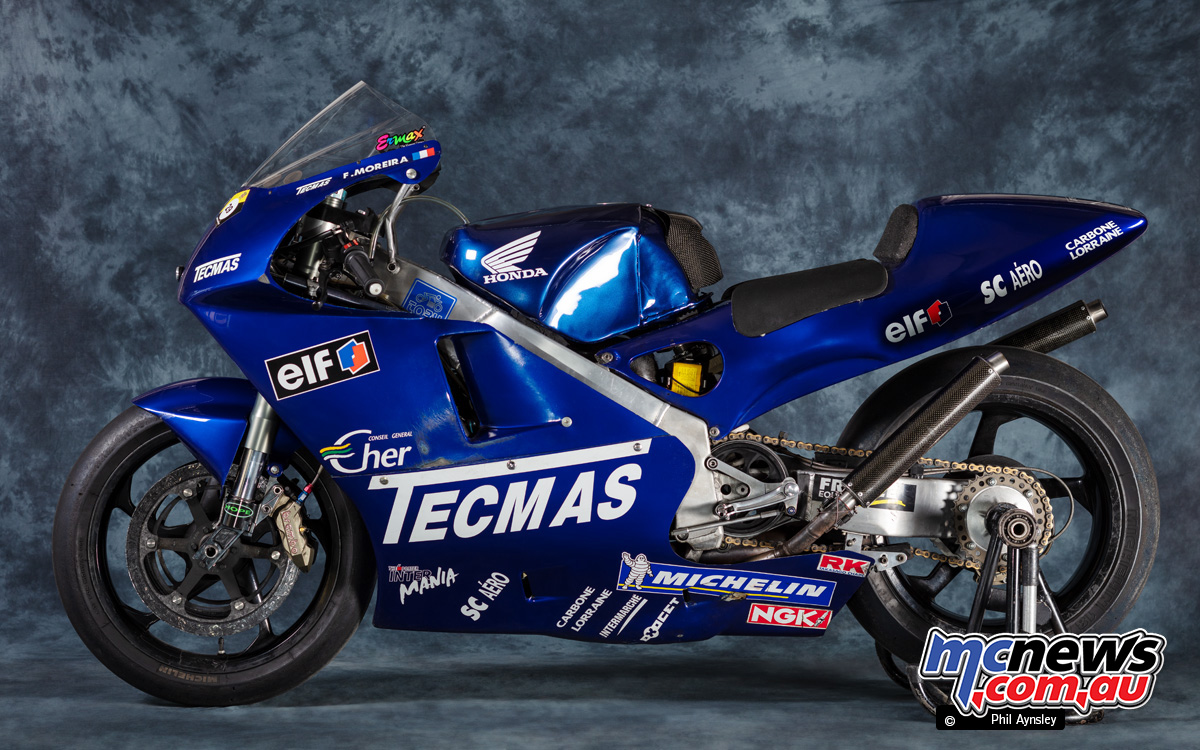 Boris on the Aragon GP