Recently MCNEWS.COM.AU was invited to the 2010 Model Launch of the entire range of Husqvarna motorcycles with the new TC 250 model the headline act for the Swedish born, Italian made, and German owned manufacturer.

Since Husqvarna’s acquisition by BMW three years ago things have really started to progress for Husqvarna. BMW’s first step was to inject some Germanic levels of quality control into production processes. Major funding was also allocated for the construction of a new purpose built manufacturing and design plant. This will allow Husqvarna to increase its manufacturing capacity to 40,000 units per annum over the next few years.

The 2010 model launch took place at Kingscliff on the far north coast of NSW. The original track was to be at Kyogle but a freak storm on the afternoon before testing put paid to a lot of hard work by Australian Husqvarna distributors the Paul Feeney Group. A new venue had to be found and a circuit marked out within a 12 hour period. The team did a great job in providing us with a solution at such short notice and we were able to give both the new TC and TE range a good hit out.

Husqvarna has never really been a major force in the motocross market with the majority of their models’ focus and heritage being enduro and more recently supermoto. The sales show this with Husky only making up 0.8% sales to date in 2009 in the Motocross section compared to 9% YTD in the enduro section. In saying this, the Paul Feeney Group and Husqvarna have managed to buck the trend on the general Industry sales decline in 2009 posting an impressive 17.1 % gain YTD over 2008.

With the new TC250 and 450 models, Husqvarna is surely going to eat into the motocross market share and with the aggressive pricing set for both models, I would expect to see more red and white on the grids in 2010.

The TC250 has been completely overhauled and redesigned along with receiving a heart transplant.

The new super light engine (weighing in at only 22kg) is 2.4kg lighter than the engine in the previous model.

Couple this with a host of new features including, 48mm Kayaba front forks, 15mm shorter swing arm, new Brembo clutch master cylinder and chassis updates, this bike has been made to target the serious motocross rider.

I was lucky enough to be first out on the TC 250 and was surprised with how agile and nimble it felt in the tight corners.

Rea back into points lead after Toprak’s Yamaha falters

The TC250 has no problem in holding a good line and the New Kayaba forks do a good job soaking up the bumps.

The engine is responsive and really barks for a 250, but is let down a little bit by being quite snatchy off the bottom. This could probably be dialed out with a bit of time adjusting the pilot and needle jet.

It has a good spread of power, being strong in the mid-range, and holds its power curve well up into the higher RPM range.

Try not to stall this machine too often however as it proved throughout the day to be a little temperamental to start once hot.

Husqvarna uses a new process for their plastics which allows the logos to be injected into the plastic. This is standard on all models and is a great concept as it saves knee guards rubbing stickers off after the first 10 minutes!

I felt the seat height on the Husky’s to be quite high, and this gives good ground clearance but if you’re not tall, you will probably want to lower the suspension a little or have a step ready to climb aboard!

The most promising aspect of the new TC250 is the price. It is not often that a manufacturer comes to the market with an all new design and a price reduction of nearly $1000 over its predecessor but that’s exactly what Husky has done.

With a recommended retail of $10,990 this bike is sure to demand some attention and underlines Husqvarna’s commitment to increasing their shareholding in the motocross market.

Continue to Mark’s thoughts on the TC 450, specifications and image galleries…. 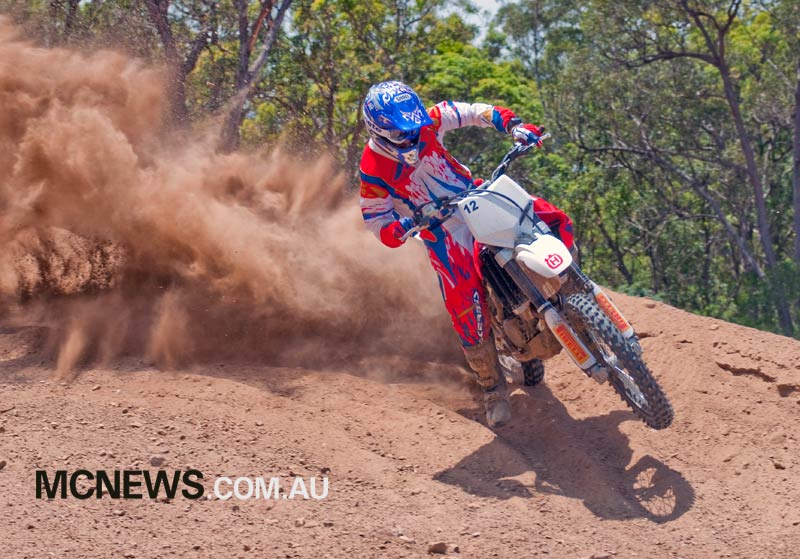 MotoGP regroups at Misano this weekend

MotoGP Riders and Team Managers reflect on the Aragon GP