Island Classic shaping up as headline domestic act of 2012

Island Classic shaping up as headline domestic act of 2012

Love your motorcycles across all eras? Then Phillip Island is the place to be on the 2012 Australia Day long weekend (January 27-29) when the grand prix circuit hosts the largest gathering of historic bikes in the southern hemisphere — the 19th AMCN International Island Classic from January 27-29.

The Island Classic attracts nearly 20,000 spectators, and this year they’ll be able to sit back and soak up the action – and a healthy dose of motorcycle nostalgia — across a whopping 44 races on Saturday and Sunday, headlined by the premier event – the 2012 Tahbilk International Challenge, a square off between teams from Australia, the UK and a ‘World 13’ entry.

A quick glance over the International Challenge entry list upholds the adage that ‘once a racer always a racer,’ with illustrious names of the past such as Jeremy McWilliams, Shawn Giles, Steve Martin, Rob Phillis, Malcolm Campbell, Barry Ditchburn and John Pace all set to compete, alongside modern day flyers such as Cameron Donald and Irishman Ryan Farquhar.

McWilliams, who started the 2002 MotoGP race at Phillip Island from pole position, was the leading individual point-scorer in the 2011 International Challenge, just pipping Donald after four colossal scraps – and at a searing pace which also saw Martin lower the historic lap record to a phenomenal 1min38.964secs.

But the team spoils against went to Australia, which cantered to victory for the fourth successive year to maintain its unbeaten record.

Outside of Australia’s core group of stars, the balance of its 15-man squad for the Tahbilk International Challenge will contain domestic historic racing mainstays, while McWilliams and Farquhar are the marquee names for the UK team. And the World 13 entry has a diverse look, with riders from New Zealand, Australia, France and the United States.

The Island Classic is a bike bonanza to suit any budget, with three-day tickets just $60 for an adult, with children 15 and under free for both the event and for camping.

And to turn your weekend into an affordable Australia Day long weekend getaway, the circuit campground is open for the first time in Island Classic history – with four nights camping in the Visitor Centre Gardens for just $65 per person (two night deal is $50 per person).

The campground opens from 4.00pm on Thursday, January 26 until Monday morning January 31, but you must pre book your spot at www.islandclassic.com.au

The best news is that children 15 and under are free – for not only the event, but also the camping!

$250 FOR A FAMILY OF FOUR – CAMPING AND ENTRY
The Island Classic is the best value family getaway going! For just $250 (booked in advance) get track entry and camping accommodation for a family of four* for the entire Australia Day long weekend. And apart from eight big hours of track action each day (Friday to Sunday), the attractions of Phillip Island are on your doorstep from penguins to beaches, from golf to animal parks.

* Children classified as 15 years of age and under

For further information and bookings www.islandclassic.com.au or phone the circuit on 03 5952 2710.
Tickets are available in advance or at the gate from 8.00am, with on track action kicking off at 9.00am – but camping must be booked in advance. 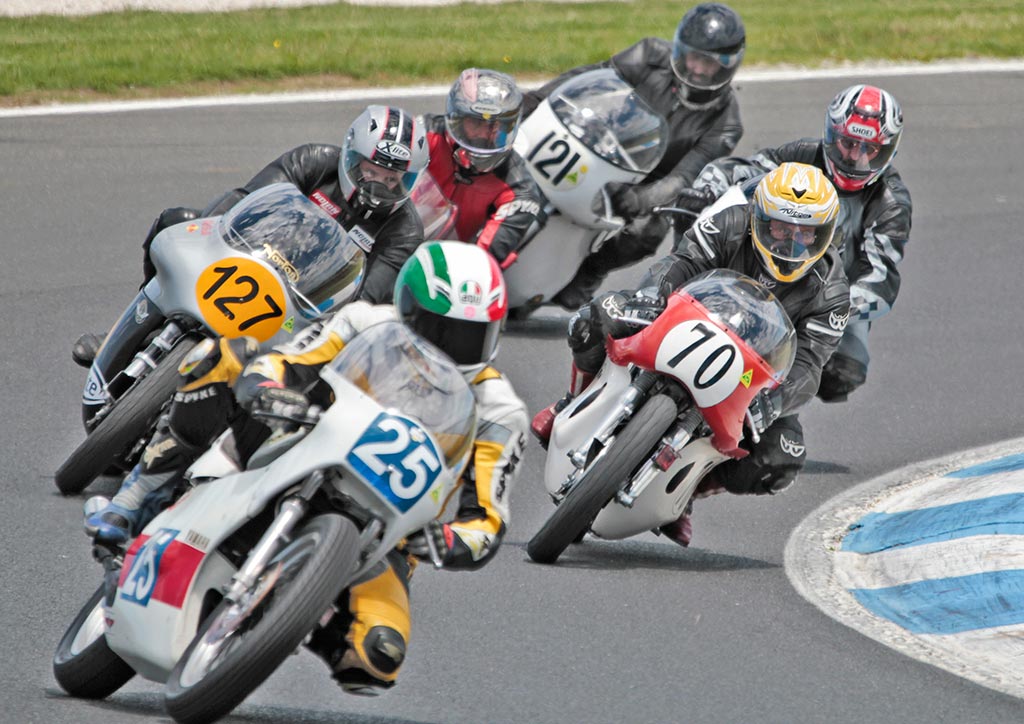 In an exciting first, Island Classic spectators, competitors and officials can look forward to a great option of camping at the circuit for the 2012 event.

Conveniently located in the Visitor Centre Gardens, campers will enjoy good company, a short stroll away from the paddock, spectator viewing areas and all the racing action.

The campground is also adjacent to the popular Champions Café which is licenced and will be open for breakfast on Friday, Saturday and Sunday and lunch and dinner on Friday and Saturday.

Camping will be provided for tents, caravans and campervans, but space is limited so it is essential to pre book early to avoid disappointment. Please note we are only taking pre sale bookings, campground tickets will not be available at the event.

Due to the space limitations and expected demand, once four wheel vehicles (other than campervans) have been unloaded they will need to relocate to the campground car park to save on space. Motorbikes are fine to stay in the campground.

There are just a few simple rules to remember – the main one being that to gain access to the campground you must also have a pre purchased ticket, corporate pass or credential to gain access to the event. The booking form and the full terms and conditions are available on the website www.islandclassic.com.au

Camping prices are very reasonable and are aimed at simply covering the cost of this exciting new feature to the Island Classic. Volunteer race officials with one guest are free in recognition of their essential contribution to running the event.

Ticket Prices are $65.00 per person from Thursday to Sunday and $50.00 per person for Saturday and Sunday nights only. Children 15 and under are free accompanied by a paying adult.

Editor’s Note: It is highly likely I will be staying in the campground so feel free to say hi during