This weekend marks the thirty-year anniversary since Jorge Martínez ‘Aspar’ took his maiden Grand Prix win, on the 30th June 1984 at Assen, the ‘Cathedral’ of international motorcycle racing. The first of 37 career wins that led to four World Championship titles was also the first of five at the Dutch TT (1984, 1986, 1987 in 80cc and 1988 in both 80cc and 125cc), his most successful event. The Netherlands was the promised land for the Spanish rider, whose eyes still light up as he remembers those magical memories – especially that first win, when he overcame a local legend in Hans Spaan.

Assen had been long established as sacred ground for motorcycle enthusiasts from all around Europe and for many decades they had come to enjoy a week or ten days of two-wheeled World Championship and European Championship events, as well as sidecars. For the riders, victory on this hallowed tarmac held extra significance due to its tight and technical nature – not to mention the bravery required to tackle it at speed. “Any rider that won there was already halfway to being a World Champion. The circuit was so technical that even the slightest mistake ended in a crash. ”

On his first visit in 1982 ‘Aspar,’ riding a 50cc Bultaco, discovered that Assen lived up to the legend. A seven kilometre layout that included public roads, closed off for the weekend, winding through reed marshes and shallow ditches. “I loved the old circuit. You had to pick your line well, anticipate some turns and sacrifice others. You had to be so smooth, and that was what suited me so well. Over the years it has been altered many times and even though I am not a fan of the current layout the Grand Prix still has the same charm.” Martinez’s second visit to Assen was completely different to the first. In 1984 he was given the unwanted honour of flying the flag for Derbi, following a nasty accident for Ricardo Tormo. He was young, inexperienced and preparing to tackle one of the most daunting circuits in the world with the weight of an entire factory on his shoulders.

Before heading out to Holland, the first part of the trip was from Alzira to Mollet del Vallès, to meet up with the team at Derbi’s headquarters. They all climbed into a Seat 131 Supermirafiori, nicknamed ‘clink clank’ after the noise it made when firing up, and headed for Assen. A trip to Rijeka Grobnik in the former Yugoslavia wielded a first podium that season with a third place finish but at Derbi there was only one result that counted: victory. “The 1984 season was one of the most important and most difficult of my career. Everything was new to me – the category, the bike… Derbi were 100% winners, which didn’t bother me because that’s what I was too, but at the same time it created a lot of pressure. Luckily at that time I had incredible amounts of concentration and determination. The only thing on my mind was to race and to win.”

The fact that Derbi were a leading factory in the 80cc class did not mean that winning was a foregone conclusion. The bike they took to Assen was brand new, radical in its design and with question marks over its reliability. It was carefully serviced by the skilful hands of Francisco Tombas but still had a tendency to seize and the rider had to be alert to its vulnerabilities at all times. “We didn’t have any data, the bike was completely new and it went like a rocket but broke down easily.” Thankfully, for the duration of that blessed final weekend in June 1984, it ran perfectly. ‘Aspar’ qualified on the front row – he knew he could win, but he had to prove it. “There comes a time in a rider’s career when he knows he can win but he still has to prove it. Once you have done it you realise you are a winner and now you can go even better and set yourself higher goals.”

Waibel, Dörflinger, McConnachie, Spaan and ‘Aspar’… There was a large group of riders fighting for victory that day but in the end it came down to a straight fight between the Dutchman and the Spaniard. The final lap, the final corner, immortality or anonymity. After several tussles ‘Aspar’ had decided to save his last card for the final chicane, playing it perfectly to take the flag and release the pressure that Derbi had piled onto his young shoulders. At that very moment on the 30th June 1984 one of the greatest ever riders began to write his part in history.

The Dutch TT was such a special occasion that even the podium ceremony was different and the winners’ trophies were not handed over until afterwards, in a ceremony at a theatre in Assen, where Jorge Martinez ‘Aspar’ shared the stage with the other winners that day: Randy Mamola (500cc), Carlos Lavado (250cc) and Ángel Nieto (125cc). “However many races you win, the first one is always different – you will never forget it,” whispered the legendary 12+1 World Champion to his young compatriot. It is a phrase ‘Aspar’ often repeats to his young riders nowadays.

They were different times for sure. Not better, not worse, but certainly different, and it is always a pleasure to talk about them with ‘Aspar’. The nostalgia is reflected not only on his face, but in his words. “Motorcycling has changed dramatically over the past thirty years and fortunately it has moved on a lot in terms of safety. Back then the riders were seen as just a bunch of crazy bikers but luckily TVE helped spread the word about motorcycle racing and it gradually got the attention and respect it deserved. Even though I am still very passionate about this world I preferred it as it was before, when I was a rider. There wasn’t as much information back then and that made it more about the talent of the rider. In my era the rider was the determining factor.” 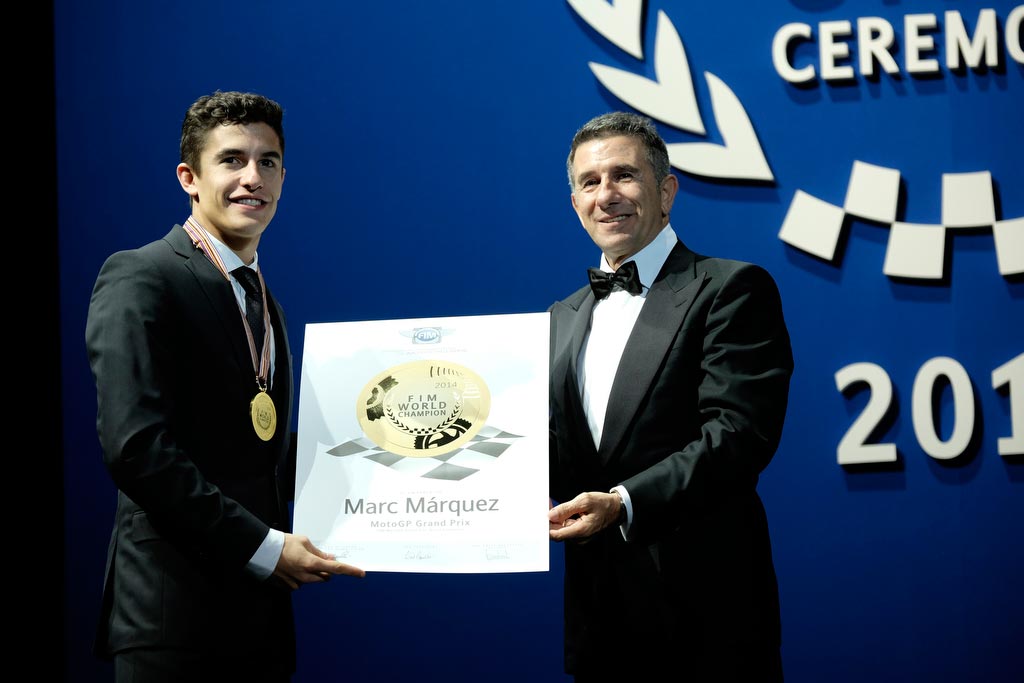 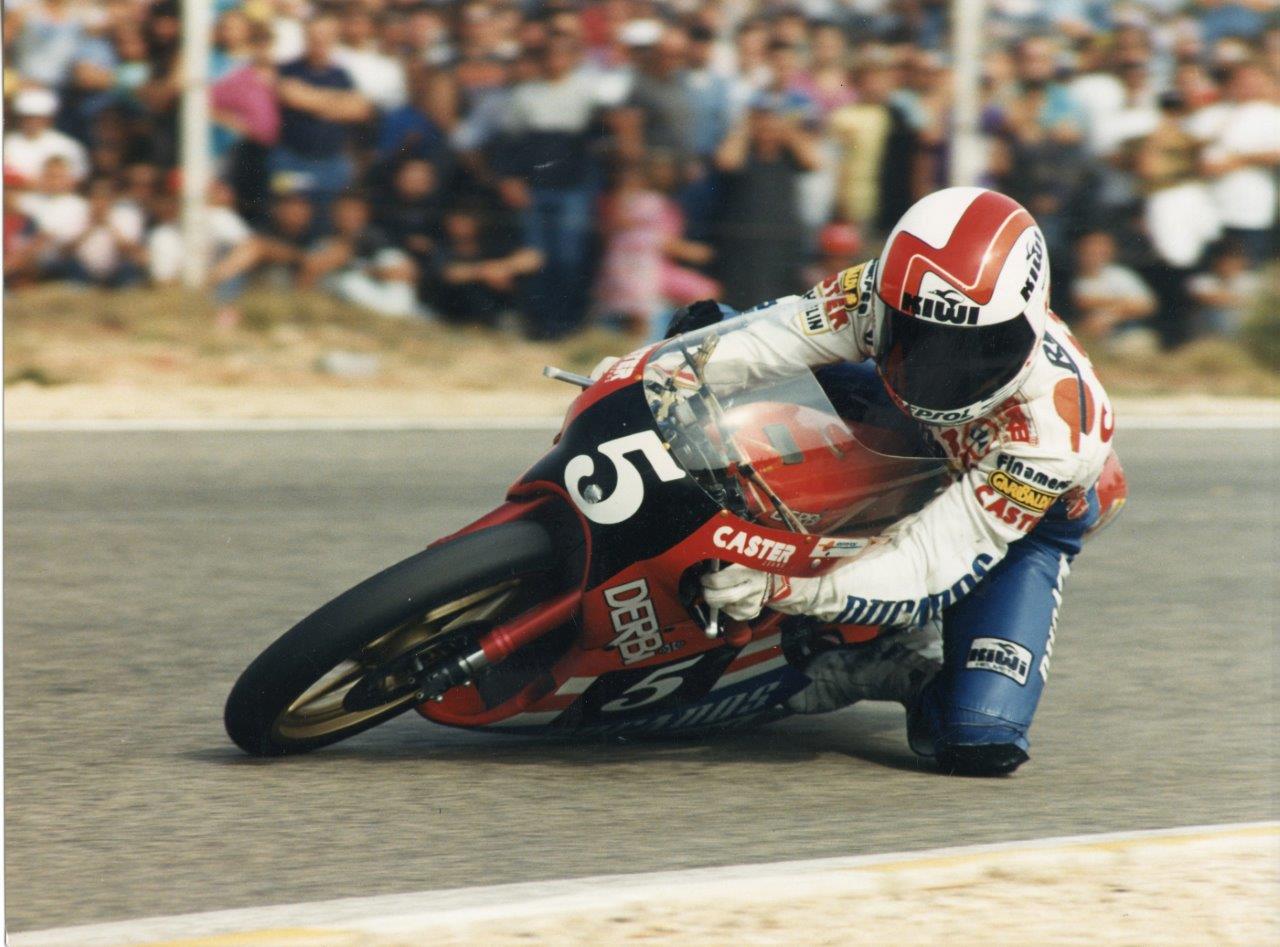