Kawasaki H1 – A legend in profile

If the H1 were a lad, it would be the sort of boy you desperately hoped your daughter wouldn’t bring home. Fast, noisy, dangerous – and such brilliant fun to be with.

In the late 1960s, Kawasaki realised that the big returns on investment were to be gained from large capacity machines which cost almost the same as little bikes to make but carried a much higher price tag. The company’s first stab at big bikes was the W1, a clone of the old BSA A10. It sold in modest numbers and didn’t set the world on fire in terms of sales.

Kawasaki were already making a name for themselves with light, fast, small capacity two-stroke twins and so the first idea was to make a 500 twin. A prototype twin was actually produced but unfortunately, Suzuki beat them to the punch with the legendary T500. And Kawasaki wanted to upstage the opposition – not follow it!

Thirteen months after the launch of Suzuki’s twin, Kawasaki hit the world with the fastest accelerating production motorcycle ever made.

Viewed logically, the Kawasaki H1 had many flaws. The gearbox was odd, with neutral below first, the brakes very questionable and the handling decidedly marginal in every situation – except when the bike was stopped with the engine switched off. Not for nothing was the H1 known as, “The triple with the ripple”.

But the motor was dramatic. 60bhp – that was 10bhp more than the Manx Nortons and Seelys which were still being raced in Grands Prix at the time – was available right out of the box. No tuning, no speed kits, no careful preparation. Simply, 120mph available to anyone and everyone who owned an H1.

Quarter mile times were stunning. A standard H1 would turn in a standing quarter time of 12.4 seconds and slaughter anything else on two or four wheels away from the traffic lights. The Americans, who valued acceleration above all else, fell in love with the H1 and bought it in bulk.

In Europe, everyone had a tale of being scared witless on the bike which offered the ultimate in road bike thrills and/or a trip to casualty, on every ride.

Kawasaki also raced the H1 and when it finished a race, or didn’t throw its pilot down the track, the H1 enjoyed great success. Ginger Molloy mastered the beast and took the “Green Meanie” to second place behind Giacomo Agostini’s MV in the 1970 500cc World Championship.

Eventually, Kawasaki bowed to the pressure of consumer groups and environmentalists and made the H1 grow up, wear and tie and get its hair cut. The result was the 1976 H1 – technically the best ever H1 made but now a thoroughly sensible motorcycle. Like petulant teenage daughters, we all hated it. 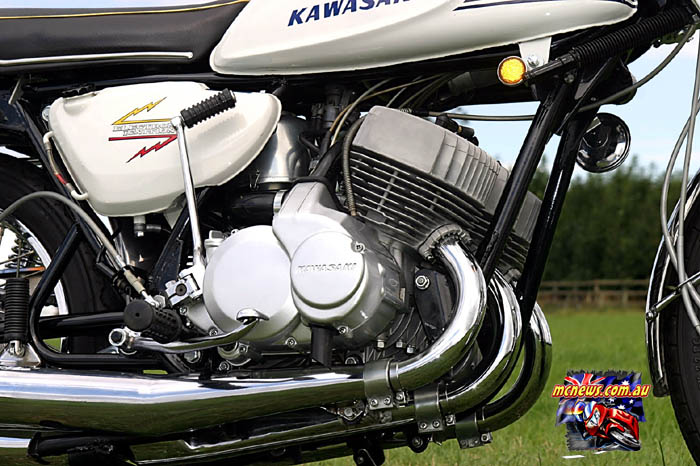 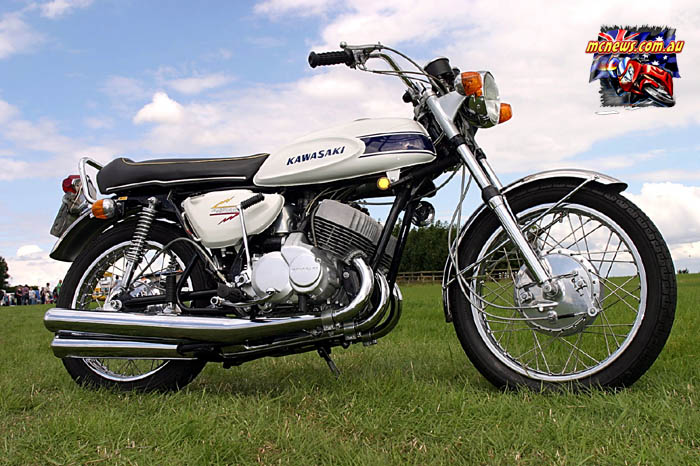