Matt Walters will enter his eighth year of being supported by Kawasaki Motors Australia. The 24 year old from Cessnock NSW has proven his remarkable abilities with the formidable Kawasaki Connection prepared Ninja ZX-10R in the form of a 3rd place overall placing in the 2016 Australasian Superbike (ASC) Championship.

“Finishing up in third at the ASC last year was definitely a boost in confidence. We had a tough year. We started off positively with a first round win and found some challenges but towards the end of the series we came out strong so I was pumped with third,” commented Matt.

“It will be my first full year in the ASBK but I’ve been competitive with these guys before so it’s not like it’s new to me and we will definitely be aiming for a positive result at the end of the year,” Matt said. 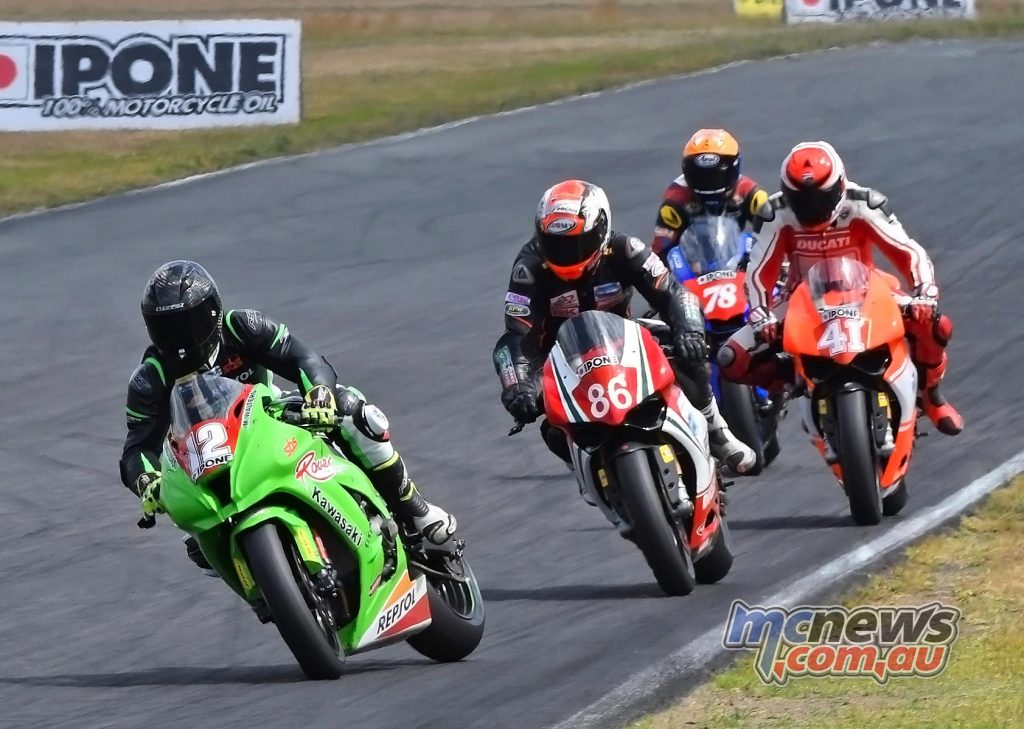 “I definitely believe that I can come away with some race wins and be competitive at very least in the top 5 all year. It’s going to be a good year, there will be a lot of good riders and it will make everyone push a little harder which will bring out the best in us.”

“It feels good to be backed by Swann Insurance this year as well as all of my other sponsors. It’s been a great thing for us and it’s going to provide great support for our team, which has been developing from strength to strength.”

Having consistently performed at the pointy end of the competition for the last ten years, Matt Walters is well versed with the front runners in Australian Superbike racing.

“I’ve done a lot of seasons racing a ZX-10R with guys who have been up the front so I know how it all works and happens and now I’ve got a lot of experience on my side. I will be using that experience to the best of my advantage this year. The Ninja ZX-10R is a bike that I gel with easily and it matches my riding style. It’s a fantastic bike that has all of the equipment on it and I can use it to the best of my ability.”

Starting the year off with positive results and maintaining consistency will be the focus for Matt leading into this year’s Superbike season.

“Everyone will be keen to get the results in early and you need to be at the front to give yourself the best position for the championship and try to not throw anything away early, so as long as we can do that without any crashes I think we will do very well.”

Jack Baker will take on his second year of Superbike racing in 2017. The tenacious Queenslander is gaining confidence with his Ninja ZX-10R prepared by Crazy Dog’s and he will be vying for top results.

“Last year was interesting due to it not only being my first time on a superbike, but also the first year of riding the new Ninja ZX-10R. This made it difficult with me trying to learn a 1000cc motorbike, while we also developed the bike its self at the same time. I started to get a lot more comfortable on the bike towards the end of last season. We found the set up that suited my style and worked with the electronics package which made a big difference and my lap times improved significantly as a result,” commented Jack.

The 18 year old will be juggling his university studies with racing and Jack’s calculated approach to the 2017 ASBK series will undoubtedly see him be duly rewarded.

“I want to eliminate small mistakes that the top guys don’t make. I feel I’m starting to find a bit more speed but I haven’t had any testing or previous experience on the majority of the tracks in this year’s ASBK series. It will be a learning curve that’s for sure!” Jack said.

Sam Muldoon excelled in the 2016 Australasian Superbike series, finishing up the year in 4th place overall on the Supersport leaderboard aboard his Mick Muldoon Motorcycles Ninja ZX-6R, despite a serious accident early on in the year that saw part of his hand badly damaged.

“Perseverance. We went through a lot physically and in the past we have thrown in the towel because of injury but this year I stuck at it. Toward the end of the year it all came together and we got the results that we wanted in the end,” said Sam who was once forced to relinquish his racing efforts when he broke both collarbones within six months of each other in a previous campaign.

Receiving support from Kawasaki Motors Australia will serve as an advantage to the 29 year old from Cronulla in Sydney.

Limited experience on the tracks line up for this seasons ASBK championship will be a welcome challenge for Sam, who plans to test as much as possible and learn the circuits that are foreign to him.

“I guess I don’t have as much experience as some of the other riders, especially at the national level and a lot of the circuits I don’t have experience on compared to the competition so I’m going to have to focus on being efficient and effective with getting the bike set up and applying all of the processes at each round that I need to win. Many testing and track days are lined up. Last year was my best attempt at a national series and we didn’t do any testing but this year will be different.”

In-between professional automotive and motorcycle spray painting for a living and designing the graphics for his race machine, Sam spends most of his spare time training to give him the best chance at achieving his objective of winning the 2017 ASBK Supersport Championship.

“Last year I focused a lot more on weight lifting but this year I’m going to focus more on getting my fitness up and weight down. I’ve made a lot of personal improvements and I am feeling better than ever. I may not be as strong as some competitors at a few of the tracks but I’m just going to come away with as many points as possible and stay at the front of the pack.”

Follow Matt Walters, Jack Baker and Sam Muldoon when the 2017 Australian Superbike (ASBK) Championship kicks off in just over a week at Phillip Island Circuit in Victoria during the first round of the 2017 World Superbike championship.

Pol Espargaro talks us through a lap of Phillip Island