The Kemea Reytec van de Laar Yamaha team, backed by Yamaha Motor Netherlands, has announced their line-up for the 2014 FIM MX2 World Championship. 19-year old Petar Petrov resigned with the team for another season and will continue his quest towards the top 5 in 2014. He will be joined by newly crowned Australian MX2 national champion Luke Styke. After missing the title last year by only two points, 21-year old Styke surprised everybody this season by winning 9 out of 10 races in the Pro Lites class. He wrapped up the crown in the penultimate race and is now looking forward to make the move to the world championship in 2014. 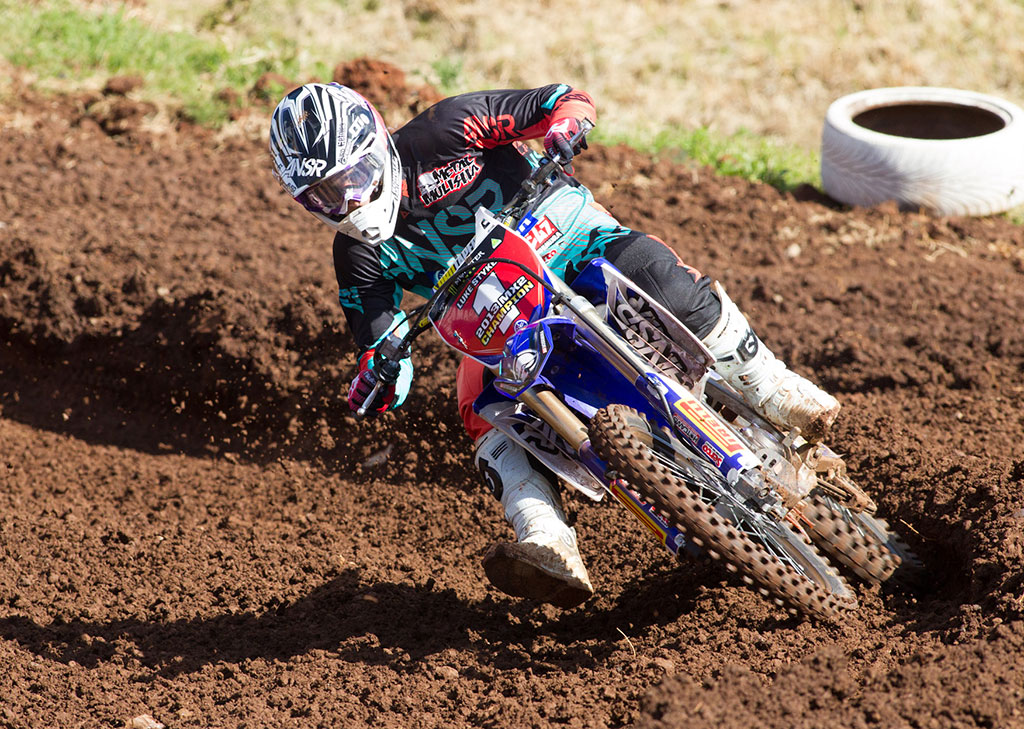 In the European Championship Belgian Cyril Genot will race in the 125cc class. 14-year old Genot made the change this year from the 85cc bike to the 125cc class and already showed some impressive results. This weekend he will debut in the EMX 125cc category on the YZ125.

Luke Styke: “I’m excited to have the opportunity to have a good deal and team for 2014. I can’t wait to come over and start testing the new Yamaha YZ250F and meet the team. Next year is going to be an awesome experience moving to Europe. I really look forward to meet new people and to race in such a high level of racing every weekend. My goal for next year is to finish within the top five.”

Petar Petrov: “I’m really happy to stay in the team. It’s an absolute advantage if you can prepare in a familiar environment. Our minds go in the same directions and I learn a lot from the experience Marnicq passes onto me. I’m looking forward to next year to ride the new bike. I already tested a stock bike and that was very promising already. With the extra help of Yamaha next year we will have a really good bike. I will prepare myself as good as possible this winter to find some extra speed next year.”

Marnicq Bervoets: “I’m really excited with the riders for next year. We already know Petar well now and there is definitely still margin for improvement for him. I would like to see him between 4th and 8th place for next year. If he can improve his starts and be consistent this is possible for him. Luke is a great addition to the team. I saw him riding last year at the Motocross of Nations in Lommel. He has a good style and showed some great speed this year in Australia. He is really excited and motivated to come over and I expect him on the same level as Petar for next year. With Cyril Genot we have the best Belgian talent of the moment with us. Cyril just turned 14 and impressed me several times already. He’s so fast in the sand but still needs to learn a lot on hard-pack tracks. In the team he can grow and get some experience. That’s why next year will be a learning year for him. I’m also very stoked on the extra support of Yamaha Motor Europe. When the team started in the GP’s two years ago the goal was to grow every year. Getting the extra support and trust from Yamaha next year allows us to get more and more professional.”