Martin had previously held the race lap record with a 38.9 but was eclipsed yesterday by Josh Brookes, but with the BSB regular out of today’s running due to a crash yesterday afternoon, Martin reclaimed his record in hot conditions at Phillip Island today in the third of the Island Classic International Challenge races on his way to taking a convincing 3.4 second win over three-time Australian Superbike Champion Shawn Giles, who had taken both victories during the opening two International Challenge bouts.

In the individual battle to win the Ken Wootton International Perpetual Trophy, Giles has a one point lead over Martin (116 – 115 points) with McWilliams in third on 110 points. 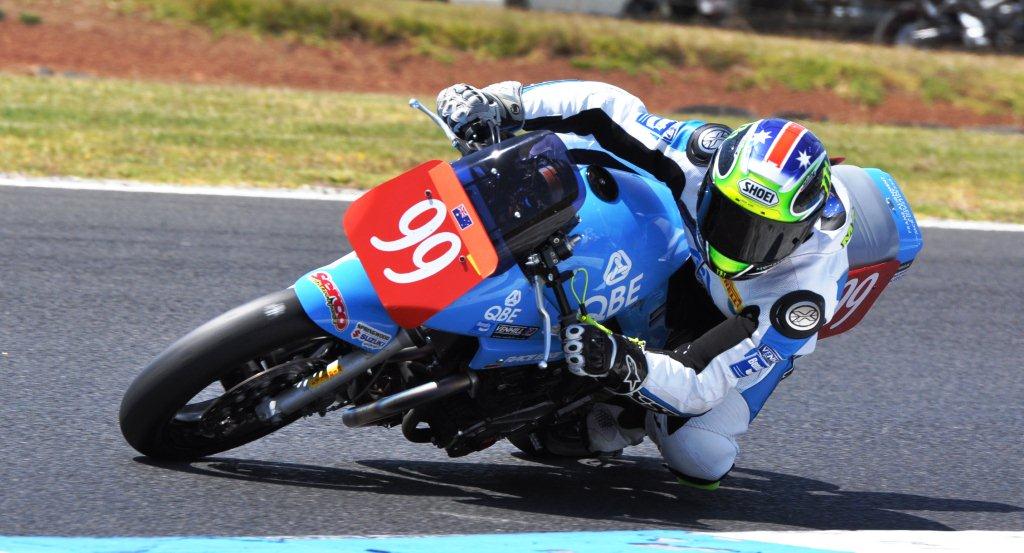