Mike Jones in the points at Donington

Mike Jones in the points at Donington

The Aruba.it Racing – Junior Team took it back to the track last weekend at Donington (U.K), home of the fourth round of the Superstock 1000 European Championship. Despite showing its usual competitiveness both during practice and qualifying sessions (where Michael Ruben Rinaldi took his third pole positions in four races), the race didn’t yield the expected results for the championship leader when he crashed out early on in the race while in second position.

Mad Mike Jones, making his debut on the iconic British track, finished in tenth position coming back strong from 17th place on the grid after experiencing some set-up issues on Friday and Saturday.

Countryman Glen Scott had qualified 18th and took the chequered flag in 16th place, just missing out on a championship point.

“It’s been a difficult weekend, which in some ways we expected, because I’ve never raced at Donington before. We tried different settings with the bike and we finally found something good in the WUP session. Unfortunately, it was a little bit too late because we missed a good position for qualifying so the race was tough because we started it in 17th position. But, we were able to push and finish within the top ten. Now we got a good direction and we just need to fine tune the bike a bit, which we’ll be able to do at the tests before the Misano race”.

“It’s been a strange weekend, which didn’t go according to plans. Despite being able to secure pole position, we still weren’t at 100 percent heading into the race. We tried some changes in the WUP session, which had some pros and cons, and during the race I made a mistake because I was in second position and with many laps still to go I could have waited a bit. This is racing anyway, and we’re looking forward to Misano’s tests and race, where we want to do much better and reclaim the lead in the overall rankings.”

While the Ducati men had their ups and downs it was a great day for Kawasaki Puccetti Racing’s Toprak Razgatlioglu as he took victory, the Turk crossing the line ahead of fellow podium finishers Florian Marino (Pata Yamaha Official STK1000 Team) and Maximillian Scheib (Nuova M2 Racing). 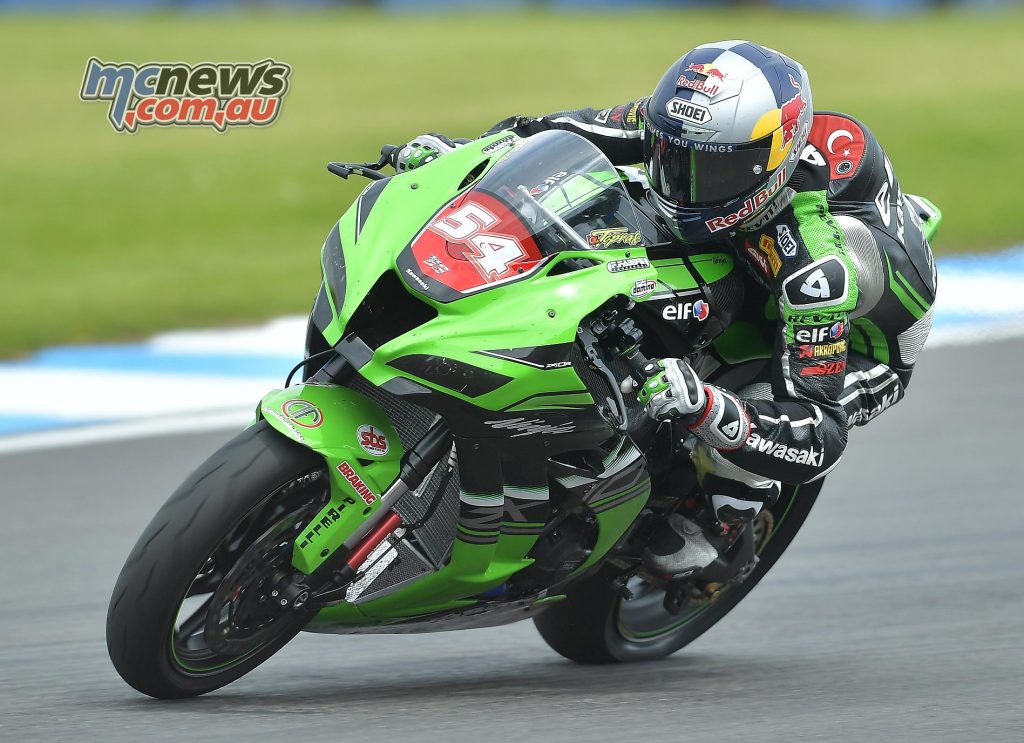 The result moved Razgatlioglu nine points ahead of Rinaldi in the standings after four races, with plenty more racing to come in 2017.