Jorge Lorenzo took his second successive victory as his great recent form continued but the story of the race was all about Marquez as he got the job done to secure the 2014 title with three rounds to go. Marquez crossed the line 1.638s behind Lorenzo to collect the crucial points for the World Championship win, as Rossi completed the rostrum in third.

Marquez did not make the best start off the line but overtook Pol Espargaro (Monster Yamaha Tech3), Dani Pedrosa (Repsol Honda Team) and Andrea Iannone (Pramac Racing) in the opening laps to hunt down the front group. He then picked off pole man Andrea Dovizioso (Ducati Team) and won a midrace battle with Rossi overtaking at the second attempt on lap nine for second position.

Behind Lorenzo, Marquez and Rossi, Pedrosa eventually finished in fourth place, missing the podium by 0.555s, with Dovizioso in fifth.

Cal Crutchlow (Ducati Team) was the first faller of the race, resulting in a DNF after his Aragon podium. Karel Abraham (Cardion AB Motoracing) fell in the second half of the race and Yonny Hernandez (Energy T.I. Pramac Racing) crashed on the final lap. All riders were uninjured.

Danilo Petrucci (Octo Iodaracing Team) retired to the pits with a technical problem. 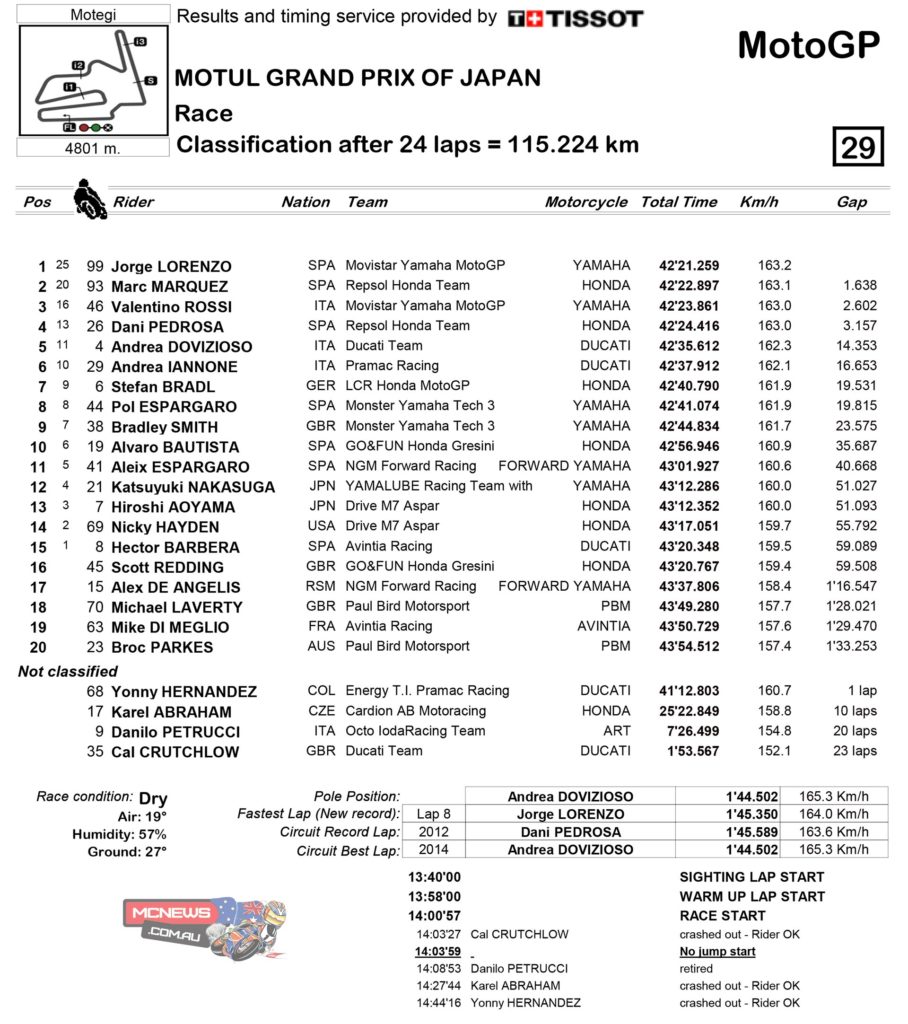 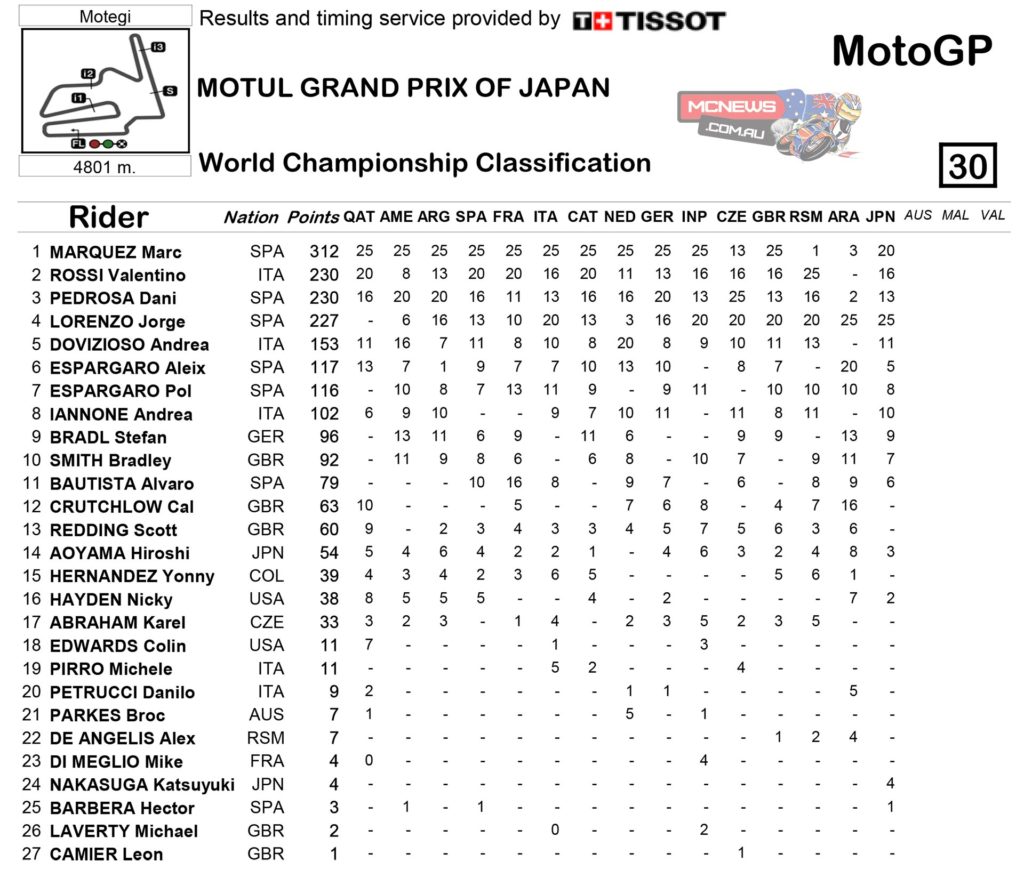