MotoGP 2018 The Game | Set for release on all platforms

Following on from the success of MotoGP 2017 developer Milestone are set to release MotoGP 2018 on all platforms on June the 7th.

Milestone’ who’ve had the MotoGP franchise licence for more than a decade have incrementally improved each incarnation of the game. MotoGP 2017 was a big leap over Valentino Rossi The Game which was Milestones 2016 MotoGP effort, albeit a slight change from the series’ traditional format where that game focused on MotoGP legend Valentino Rossi.

For 2017 the MotoGP franchise was back to its familiar flavour, though it appears the game hit its technical peak using Milstone’s in-house and custom game-engine; which we can only assume was pushed to its limits. To keep the franchise at the cutting edge, as a result MotoGP 2018, like Milestones other upcoming motorcycle title releases (RIDE 3) will use Unreal Engine 4 – of which is a class leading game-engine used in many other popular big blockbuster franchises.

If the trailer and some of the in-game videos we have seen online are anything to go by, expect substantially better graphics, lighting effects’ physics and A.I, as well as improved environmental and motorcycle sounds.

We can look forward to faithful reproductions of officially licensed riders, tracks and bikes. Drone scanning has been used to achieve a 1:1 recreation of all the track details and 3D scanning technology means that, for the first time, every racer’s face has been recreated with precise detail.

Career mode which is the main competitive game mode is bigger and better than before. Milestone are promising that it will be more compelling than ever. Like in real life you start off at the bottom, competing in the Red Bull Rookie’s Cup on scaled down Moto3 bikes.

You’ll be able to customise your bike and tune it to get that competitive edge and hopefully climbing the ladder before maybe competing against the best in the world in the MotoGP Championship should you have what it takes. 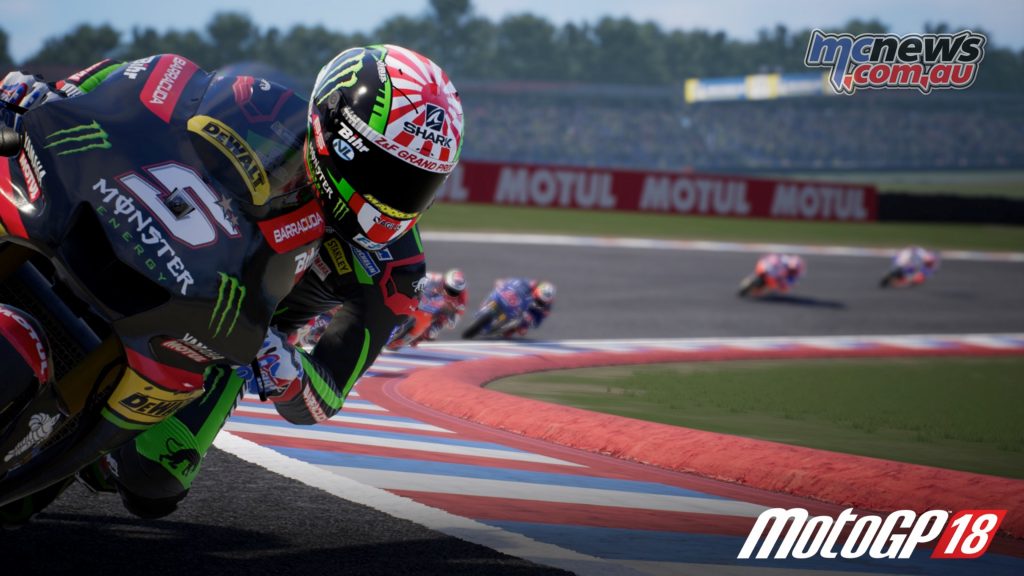 There’s one big change from last year’s Career mode, too. As Michele of Milestone explains: 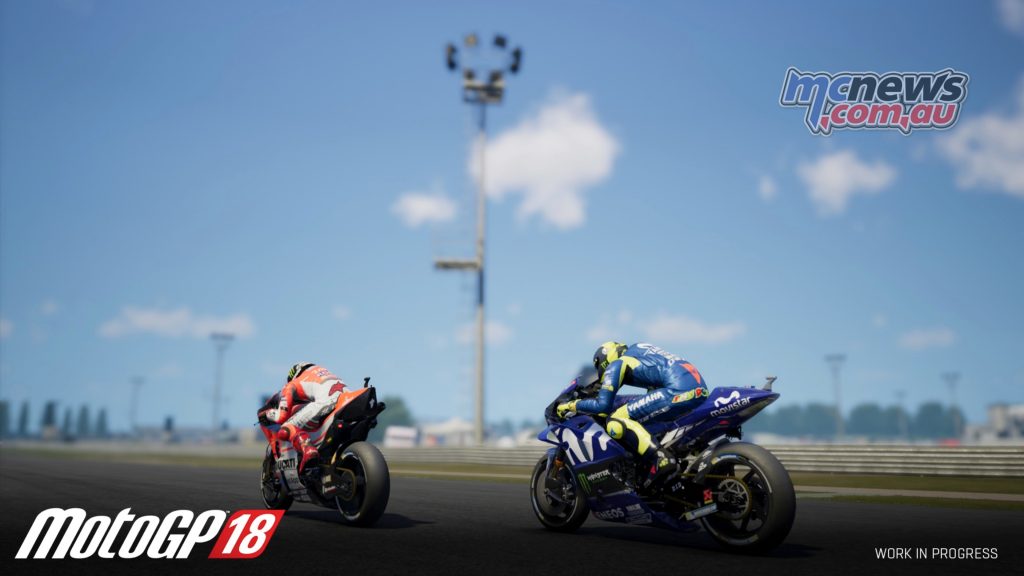 “Last year, if you entered Career you could not join official teams, you could not run with Marquez and the others. This time you can ride in their colours, on their bikes, in their leathers, so you’re more in touch with reality. Sometimes you have to limit the customisation options not to go off the rails too much.” 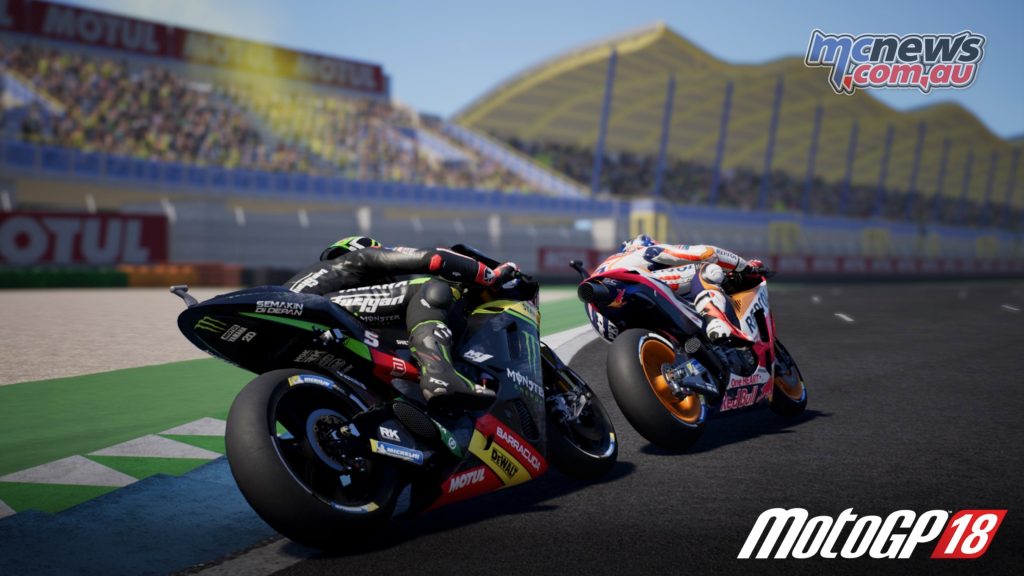 ESports is becoming a big thing now in gaming and after a surprising level of success when it was first introduced with last year’s game, the second stage of the MotoGP Esports Championship is being launched for 2018. In last year’s tournament there were six online qualifying matches where everybody could compete before the final in Valencia.

2018 will prove to be bigger yet as the tournament is now multi-platform, meaning anyone can compete whether you are competing on a PlayStaion, Xbox or PC while more content and competitions are going to be added. 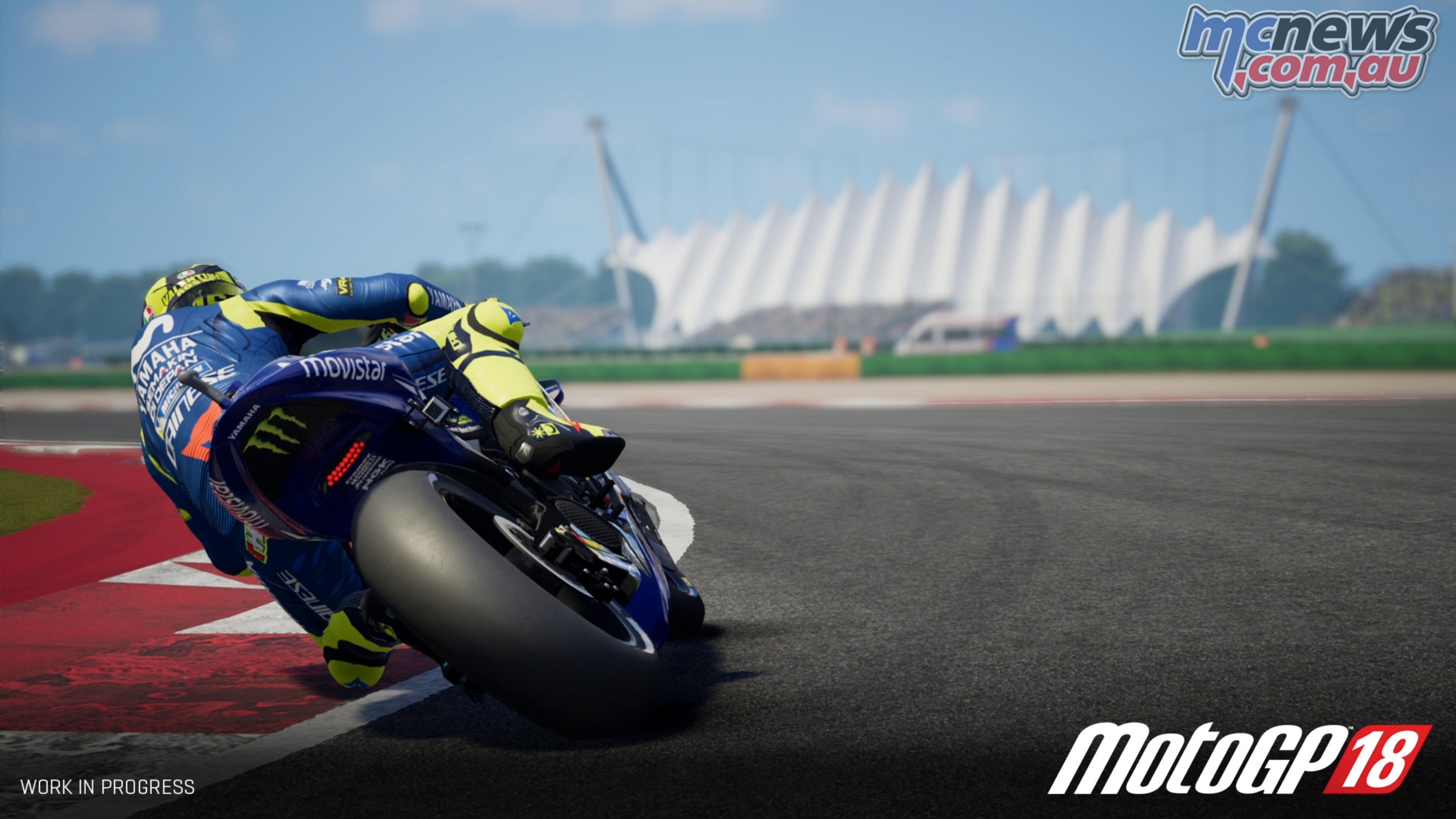 “We’re surprised by the feedback we had from ESports in the first season – it’s creating stories and creating characters. With the second season we have a defending champion that, I hope and am pretty sure, will qualify for the second season. I’m pretty sure we’re going to see some returning faces and that’s important because the difference between a game and something that’s more than a game is people playing a game.”

You can check the action from the final via the below video. Whether you are a gamer or not the racing is pretty much like the real thing and taken as seriously too.

Online Spectator modes have appeared in some big car racing franchises such as Gran Turismo, and for MotoGP 2018 players will be happy to hear that this feature will debut in MotoGP 2018, a feature that has been hugely anticipated. This is particularly important especially with ESports now becoming a thing. You can finally watch others race online, whether it be friends or strangers, casual races or serious online competitions. 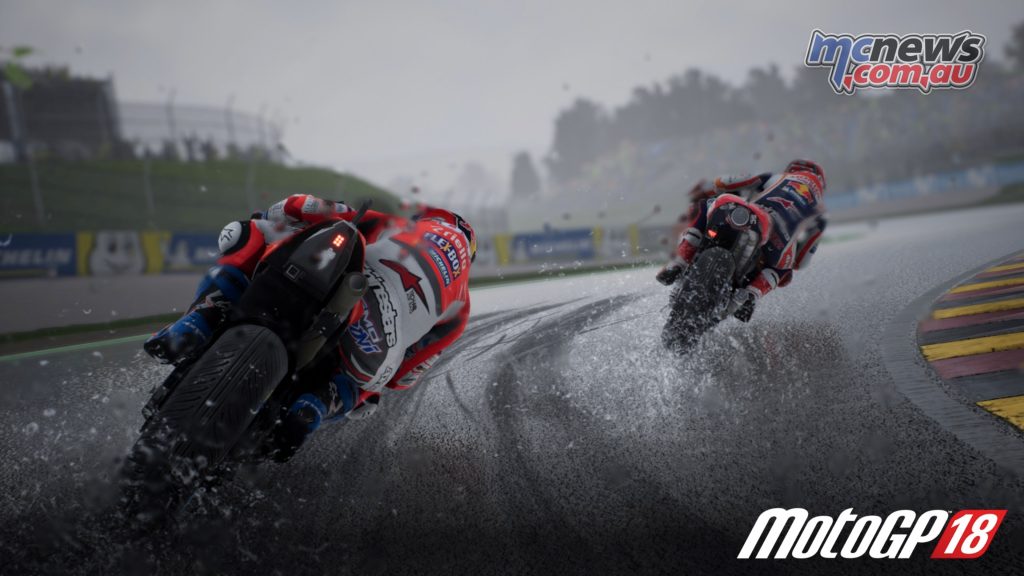 As Michele explains: “It’s aimed at both casual and hardcore gamers.”

“It’s something aimed at the casuals who just want to be there and see what others do, but it’s aimed at the diehards, because there are people organising tournaments, there are people who are passionate because we created the esports [series] last year. We’re going to make it this year, too. It’s a tool for watching, a tool for streaming, and a tool for learning from the others. It’s a long requested feature that we’ve been able to introduce.”

Above is some official in-game footage. While it looks spectacular YouTube will never do it justice so we’ll have to wait to properly appreciate the visual improvements from the the new game engine.

MotoGP 2018 ships June the 7th in all markets. Our resident Sim racer will be one of the first to fire it up and provide you with his thoughts.