Andrea Dovizioso’s win in Austria was his 14th in the premier class, one less than Alex Criville. He is now in second place on the list of riders with the most victories without winning the title, behind Dani Pedrosa (31 wins).

In addition, Andrea Dovizioso moved above Max Biaggi into third place on the list of Italian riders with most premier class wins behind Valentino Rossi (89 wins) and Giacomo Agostini (68).

The win for Andrea Dovizioso in Austria was the 49th for Ducati in the premier class of Grand Prix racing. At the British GP, Ducati will be aiming to become the fifth manufacturer to reach the milestone of 50 premier class wins along with Honda (303 wins), Yamaha (228), MV Agusta (139) and Suzuki (92).

“Nothing gives you more satisfaction and confidence than a victory, and so we come to Silverstone with our moral sky-high. Our result at the Red Bull Ring didn’t come about by chance, because we worked really well over the two successive race weekends and the results proved us to be right. Even though the characteristics of the British track are not as favourable to us as Brno and Zeltweg, we have already shown that we can also be quick at Silverstone, like in 2017 when we won the race. As always, the weather will play an important part and we have to be ready to adapt to any circumstances.”

In 2017 at Silverstone, Andrea Dovizioso became the fourth rider to have won in the premier class at both Donington and Silverstone, joining Wayne Gardner, Casey Stoner and Valentino Rossi.

Marc Marquez is now leading the Championship 58-points ahead of Andrea Dovizioso, one-point less than last year at this stage of the season when it was a 59-point margin between Marc Marquez and Valentino Rossi after the Austrian GP.

Marc Marquez’ second-place finish in Austria was the eighth successive race in which he has finished on the podium. The last time he had eight successive podium finishes was last year, with nine top three finishes between Catalunya and Japan.

Marc Marquez has failed to score points only three times since the Catalan GP last year (Australia and Valencia in 2018, and Austin this season). Over the last 20 races he has finished, he has always been on the podium and finished third only once, in Brno last season.

“The Silverstone race will be really good for us because it’s a track that really suits the Yamaha, and we can’t arrive any better than having finished on the podium in Austria. It’s been nice to have a week to rest and train since then, and it means that as always I’m arriving to Silverstone ready to make the best result possible. I’m feeling really confident about heading to a track with shorter straights and more corners than the Red Bull Ring.”

At Red Bull Ring Fabio Quartararo was the highest-placed Yamaha rider across the line for the second time this year, along with Catalunya, and the top Independent Team rider. He is leading the Independent Team rider classification, six points ahead of Jack Miller and 14 ahead Cal Crutchlow.

Fabio Quartararo is still leading the fight for the Rookie of the Year with 92 points ahead Joan Mir (39 points), who remains sidelined through injury after a crash at the Brno test, Miguel Oliveira (26) and Francesco Bagnaia (24).

Valentino Rossi finished in fourth place at the Austrian GP, which is his best result since he was second in Austin earlier this season, and his fifth top five finish in 2019.

Valentino Rossi has now scored 103 points so far, which is the second lowest points accumulated by Rossi after the opening 11 races since he stepped up to the premier class in 2000, after 2012 when he had 91 points after Indianapolis, riding a Ducati.

“I love Silverstone, it‘s in my top 5 of favourite tracks. I like it a lot because it‘s an old-style track. It‘s very long, riding a lap is like taking a trip from one place to another, and it‘s technical – it has everything. When you‘re fast, it‘s a great pleasure to ride there. I have good memories of this circuit, but everything depends on the weather. Riding at Silverstone in difficult weather is scary because you‘re going so fast, so we‘re hoping for similar weather to what we had in 2017, when we had a good weekend. To be fast here you need a good feeling and stability. Even in the hairpins you have fast points and there are also a lot of long turns, so it‘s a track where usually Yamaha is fast. We hope for good weather because last year was a nightmare, so we hope that this year it will be a good weekend, also for the fans.”

Miguel Oliveira crossed the line in eighth place at the Austrian GP as the highest-placed KTM rider. This is the best result of his rookie season so far and the sixth top eight finish for KTM in the premier class, as well as the fourth in 2019.

Following the Austrian GP, Suzuki have scored 141 points in the Constructor’s World Championship classification, which is the second highest amount of points accumulated after the opening 11 races by Suzuki in MotoGP since 2002, after 2007 when they had 151 points at this stage of the season.

Following the Austrian GP, Yamaha have scored 179 points in the Constructor’s World Championship classification, which is the lowest points accumulated after the opening 11 races by Yamaha since 2003 when the Japanese manufacturer had 124 points after the Portuguese GP.

With Pol Espargaro retiring from the race in Austria, only one rider has now scored points in all 11 of the MotoGP races in 2019: Danilo Petrucci.

“The last two races have been my worst ones of the year and so now the aim is to turn a new page as soon as possible, and start to demonstrate at Silverstone that we deserve our third place in the championship. I’ve got some good memories of this circuit, especially for the podium in 2015, and I think that if we stay focussed right from the first session we can be competitive. There’s going to be a lot of competition and the variable weather here in England is always a factor to take into consideration, and it can condition the race. However, I’m determined to score a good result.”

None of the four rookies in the MotoGP class this year have previously won at Silverstone any of the smaller. However, fellow rookie Francesco Bagnaia has stood on the podium in Silverstone, finishing second in Moto3 back in 2016 from pole position, the first pole in his Grand Prix career.

At the British GP, Cal Crutchlow, who crashed out of the race in Austria, is scheduled to make the 150th start of his Grand Prix career.

This is the tenth year that Silverstone has hosted a Grand Prix event since the motorcycle world championship series returned to the circuit in 2010 after a gap of 23 years.

The first Grand Prix event held at Silverstone in 1977 was also the first motorcycle Grand Prix to be held on the British mainland. Prior to 1977 the British round of the world championship had been held on the 60.72 km (37.73 miles) long Isle of Man TT circuit since 1949. The move from the Isle of Man was made mainly for reasons of rider safety.

The British GP was held for ten successive years at the Silverstone circuit, before the event moved to Donington Park in 1987. The British GP returned to Silverstone in 2010 with a revised circuit layout measuring 5.9 km.

Kork Ballington and Angel Nieto are the two riders with most GP wins at Silverstone, with each having won there on six occasions.

The only three riders who have had more than a single win at Silverstone since GP racing returned to the circuit in 2010 are Jorge Lorenzo, Marc Marquez and Maverick Viñales.

Cal Crutchlow’s second place in 2016 was the first podium finish in the premier class at Silverstone for a British rider since Ron Haslam was third in the 500cc race in 1984.

Before Crutchlow’s second-place finish two years ago, the last British rider to be on the podium in the premier class at the British Grand Prix was when Jeremy McWilliams finished third in the 500cc race at Donington in 2000.

Since the first Grand Prix race in the premier class at Silverstone in 1977, Yamaha is the most successful manufacturer with seven wins, four in MotoGP: three with Jorge Lorenzo (2010, 2012 and 2013) and one with Valentino Rossi (2015).

Honda have had five wins in the premier class at Silverstone including two in the MotoGP class since 2010 with Casey Stoner (2011) and Marc Marquez (2014).

Suzuki have also taken five premier class wins at Silverstone. In 2016, Maverick Viñales gave Suzuki their first MotoGP win since Le Mans in 2007, when Chris Vermeulen won the French GP in wet-weather conditions. This was also the first podium finish at Silverstone in the MotoGP era for Suzuki and the first win for Suzuki at Silverstone since Franco Uncini won the 500cc race at the British GP in 1982.

The pole position for Jorge Lorenzo (Ducati) last year at the British GP was the first for a non-Honda rider since he was also on pole position in 2010, then riding a Yamaha.

With his win in Austria, Andrea Dovizioso moves above Jorge Lorenzo into fifth place on the following list of riders with the longest winning careers in Grand Prix Racing:


In addition, Andrea Dovizioso became the eighth rider with a winning career in the premier class longer than ten years, as follows:

Marc Marquez’ second-place finish at the Austrian GP was the 87th time he has stood on the podium in the premier class of Grand Prix racing, just one less than Giacomo Agostini, who stands in fifth place on the list of riders with the most podium finishes in the
class:

In addition, Andrea Dovizioso’s win at the Red Bull Ring was the 98th podium of his Grand Prix career, one less than Loris Capirossi who is in tenth place on the list of riders with most podium finishes:

With his win in Austria, Romano Fenati moves above Ezio Gianola in tenth place on the following list of riders with the longest winning careers in the lightweight class of Grand Prix Racing: 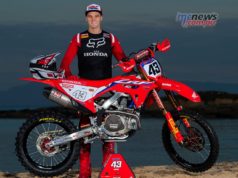 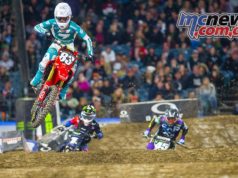 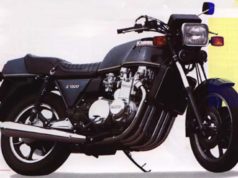