It debuted as a concept bike at the Milan Show in 1973 and the styling was by famed automotive designer Giorgio Giugiaro, designer of the first VW Golf and later Ducati’s 860GT, among many other machines. It is an early example of his “folded paper” styling. 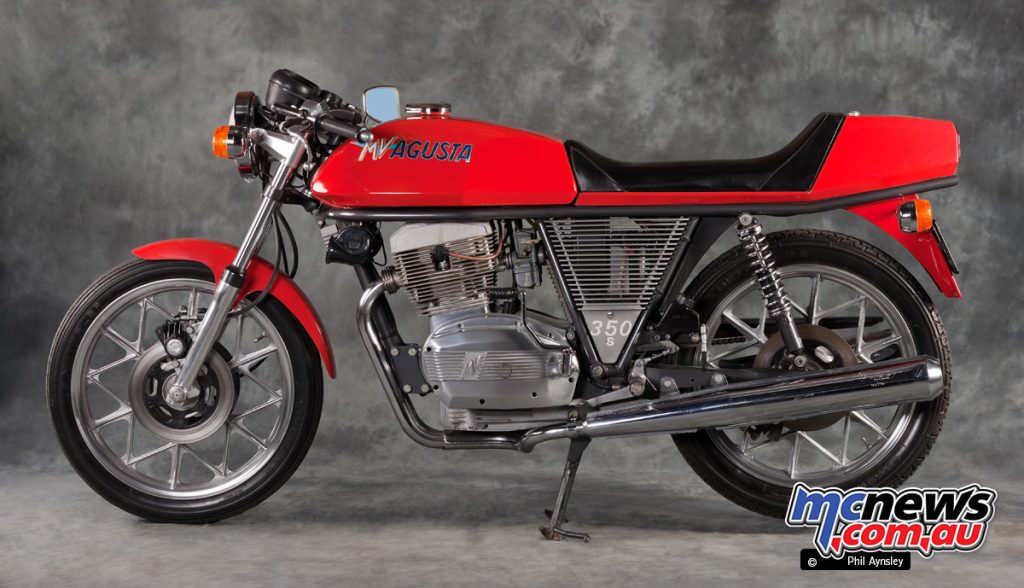 While the basic motor internals remained unchanged – OHV, two-valves per cylinder – the external cases were squared off to compliment the styling. Output was increased from 27 hp at 7800 rpm to 34 hp at 8500 rpm claimed.

A new, all tubular frame replaced the earlier tube/sheet steel unit. All the bodywork was new with the distinctive slotted side covers mimicking the cylinder finning.

The alloy wheels were an MV design and the bike was the first production Italian motorcycle with cast alloy wheels and triple disc brakes.

An interesting variation of the Ipotesi were the two models produced under license by the firm Hansen & Schneider, the German importers. By boring the 350’s motor out to 75mm a “500” (actually 472cc) was created.