Oli Bayliss wins, tells dad, “now it is up to you old fella”!

by Trev
in ASBK, Motorcycle News, Motorcycle Racing, WSBK
A A
Share on FacebookShare on TwitterShare

Oli Bayliss takes Supersport 300 victory then tells dad, ‘Now it is up to you old fella.”

Troy Bayliss certainly doesn’t need any more motivation for success, the three-time World Superbike Champion is a natural born competitor, it is in his nature, it is the fire within that propelled him to his 52 WorldSBK race victories.

However, Troy’s youngest son, Oli, just took his first race victory in the hotly contested Australian Supersport 300 Championship this morning at Phillip Island, and this time the boot is on the other foot, and Oli is setting the standard for dad to follow…

“I think it is probably the best ride he has done, he has been fast all weekend. Long story short, yesterday he did not have a transponder on, that is just one of those things that happens, we were rushing around.

“It was so funny, when we got back to the truck and he settled down, he then turned to me and said, ‘Now it’s up to you old fella'”

The nearly always smiling Oli will saddle up again in race two at 4:15pm, just before his dad makes his celebrated comeback to racing in the Australian Superbike Championship – his first time in the series since 1997.

Troy qualified in third position on his no 21 Ducati, alongside reigning champion Josh Waters (Suzuki) and Wayne Maxwell (Yamaha), so he’s placed himself in a strong position to run at the front at a circuit where he won six times in the WorldSBK category.

In WorldSBK, there are a few more preliminaries to get through before the lights go green for the season-opening 22-lap race at 3:00pm, including a practice session before the battle for the final grid positons gets underway with the two Superpole sessions at 12:30pm.

Aussies Wayne Maxwell (Yamaha), Troy Herfoss (Honda) and Daniel Falzon (Yamaha) are also in the WorldSBK field. Maxwell was the fastest qualifier among them today at Phillip Island.

The world supersport field will also be on track today for Superpole, with Aussie Anthony West (Kawasaki) looking strong as he looks to take up the battle to riders like world champion Lucas Mahias (Yamaha). 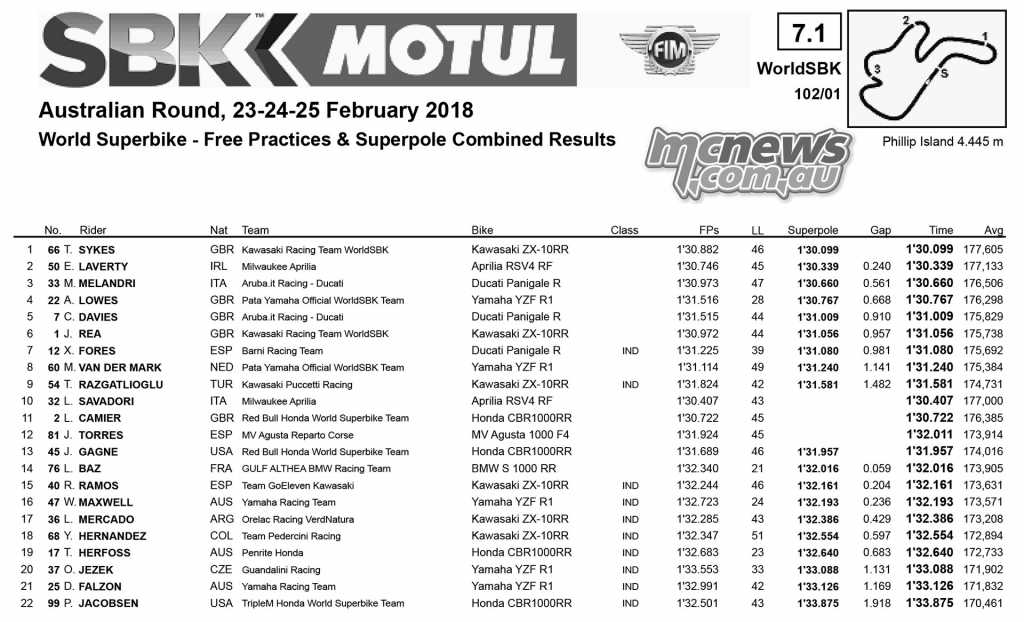 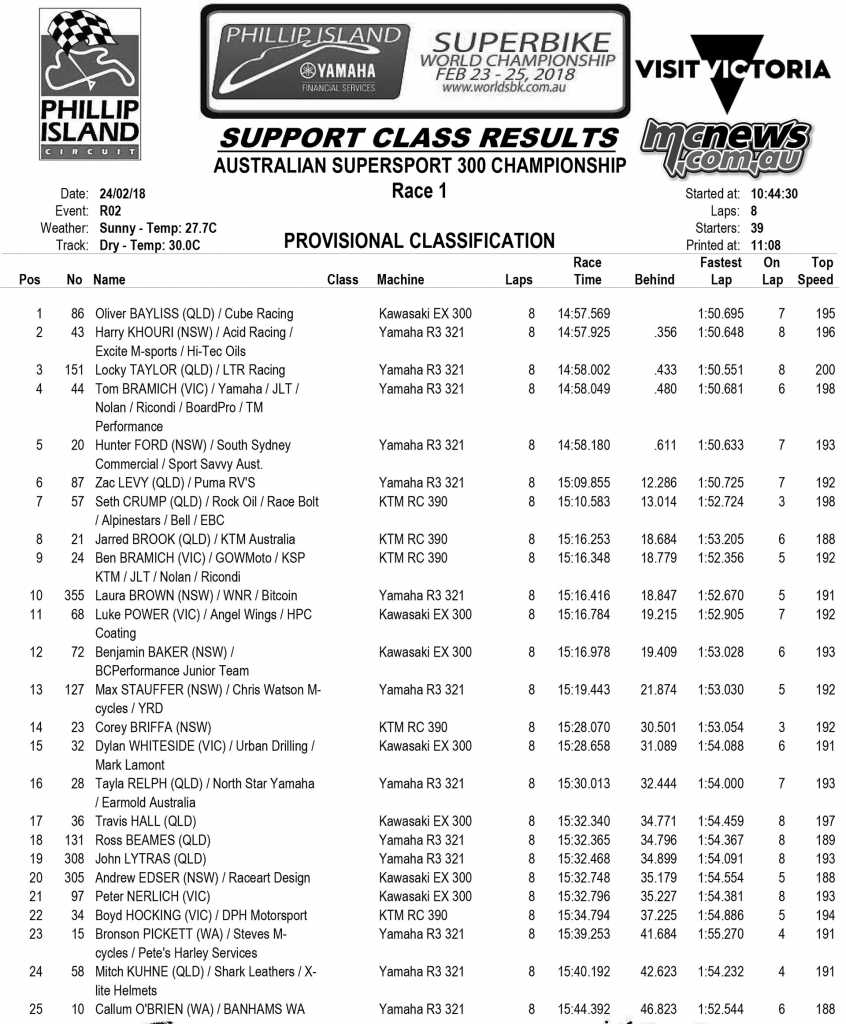 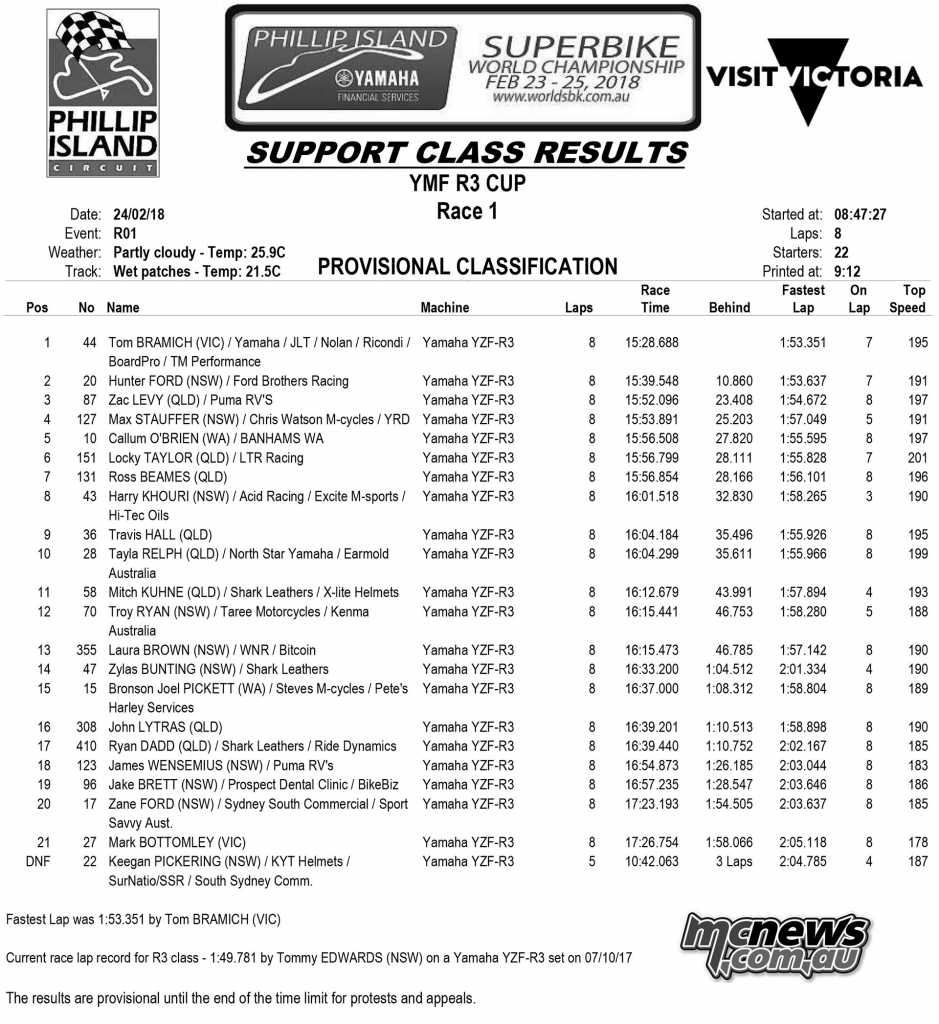 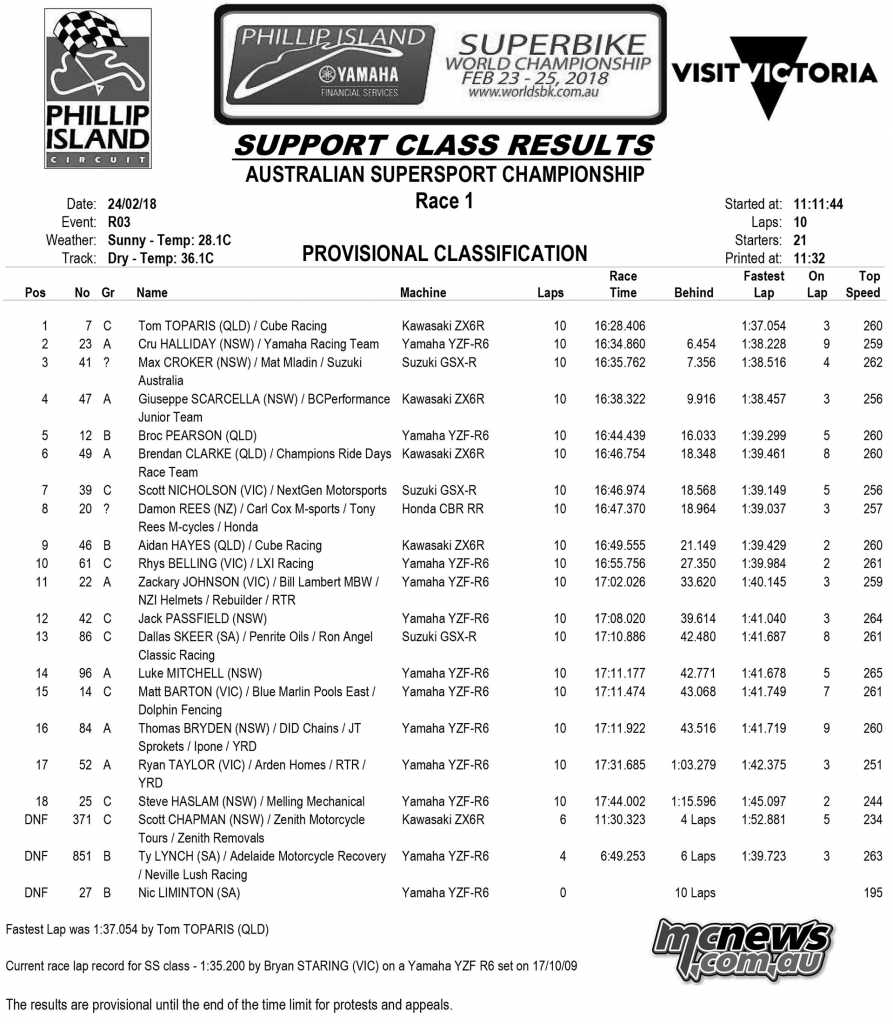 Tickets are available at the gate.

Morgan Park ASBK event cancelled and will not be rescheduled