Due to an impending knee operation, Chad Reed announced that Toronto was likely to be his last supercross for 2013 and for the first time this season the number 22 Honda pulled the holeshot in the main event with Davi Millsaps, Ryan Villopoto, Ryan Dungey and James Stewart all in tow. 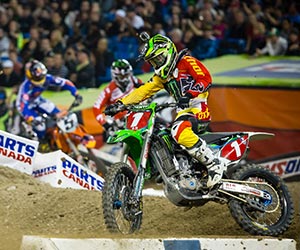 Reed hung on to the lead for just over one lap before Millsaps out jumped the Aussie through a triple-triple section and with the championship on the line Millsaps slapped down several 57 and low 58 second lap times to pull a four second lead from the Reed, Villopoto, Dungey and Stewart battle.

Villopoto got by Reed as did Dungey and the race to the rear of Millsaps’ Suzuki was on. By lap six Villopoto was trying to find a way by Millsaps and for the next five laps it was an awesome battle between the championship leaders with Dungey and Reed sitting just a few bike lengths back.

Villopoto basically sliced up the inside going into the flat left hander after the finish line jump and pushed Millsaps wide to take the lead and two corners later Dungey went for an outside pass on Millsaps in the sand section but stalled his KTM allowing Reed through for third place. 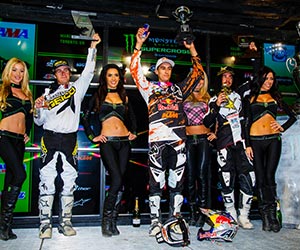 Villopoto set sail for the finish line while Millsaps kept pushing hard to maintain a very important second place while Dungey made his second pass on Reed for the night to claim another podium position.

Villopoto was wrapped with the win. “It was unbelievable, Davi is riding really well and he was riding exceptionally well, I got around him with about halfway to go and I was able to get a little bit of a gap. Everybody up here on the podium is unbelievable and it shows how fast we really are when we run a pace like that on a track that was so difficult.”

Davi Millsaps said, “It was definitely a good race. I got off to a pretty good start and I just tried to ride my own race as much as I could. I made a lot of mistakes here and there, and throughout the first half of the race. Ryan eventually got by me and I did the best I could to keep up and do whatever I could.”

It was a great battle on a loose and technical track with the only disappointment for the night being the performance of James Stewart who started with the front pack but finished back in seventh place. 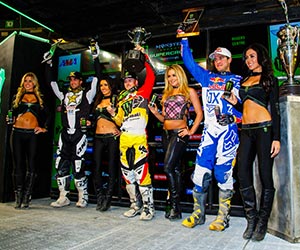 Leading into the one week break Villopoto has a 12-point lead over Millsaps while Dungey sits 22 points out of the lead in third place. Everyone else is out of the points race.

Since his win at Daytona Marvin Musquin has been unstoppable and his wire-to-wire win at Toronto was as flawless a performance one could have. Musquin now sits just six points back from championship leader Wil Hahn who rode from fifth to second at Toronto.

“Wil (Hahn) and Blake (Wharton) were faster than me in practice then I had the big crash in practice so I didn’t know if I could do it but I got the holeshot in the main and rode the track, it had some ruts and tough jumps so I 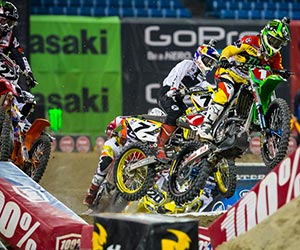 am so happy to have won, I can’t thank my team and my sponsors enough,” said Musquin.

“I need to get my starts back, it’s killing me right now,” said Hahn. “I’ve got to turn my brain back on and I’ve got to get back on that top step of the podium where I belong.”

Richardson had a great night with a fourth place in his heat before battling with riders with a lot more experience than the 17 year old Queenslander has and ‘Jatz’ held his own all of the way to the line for his first top ten main event finish.

“The track was tricky tonight, I concentrated on holding my lines in the corners and making sure I got each jump section right,” said Richardson after the final. “It has been an up and down season for us but as long as my starts can keep us in the hunt we should be able to finish the supercross season with solid results.”

The other Aussie Taylor Potter couldn’t get off the line all night and was never in the running to get into the main event.

There is the annual Easter break next weekend before the riders get back into the racing at Houston, Texas for round 13 of the championship. 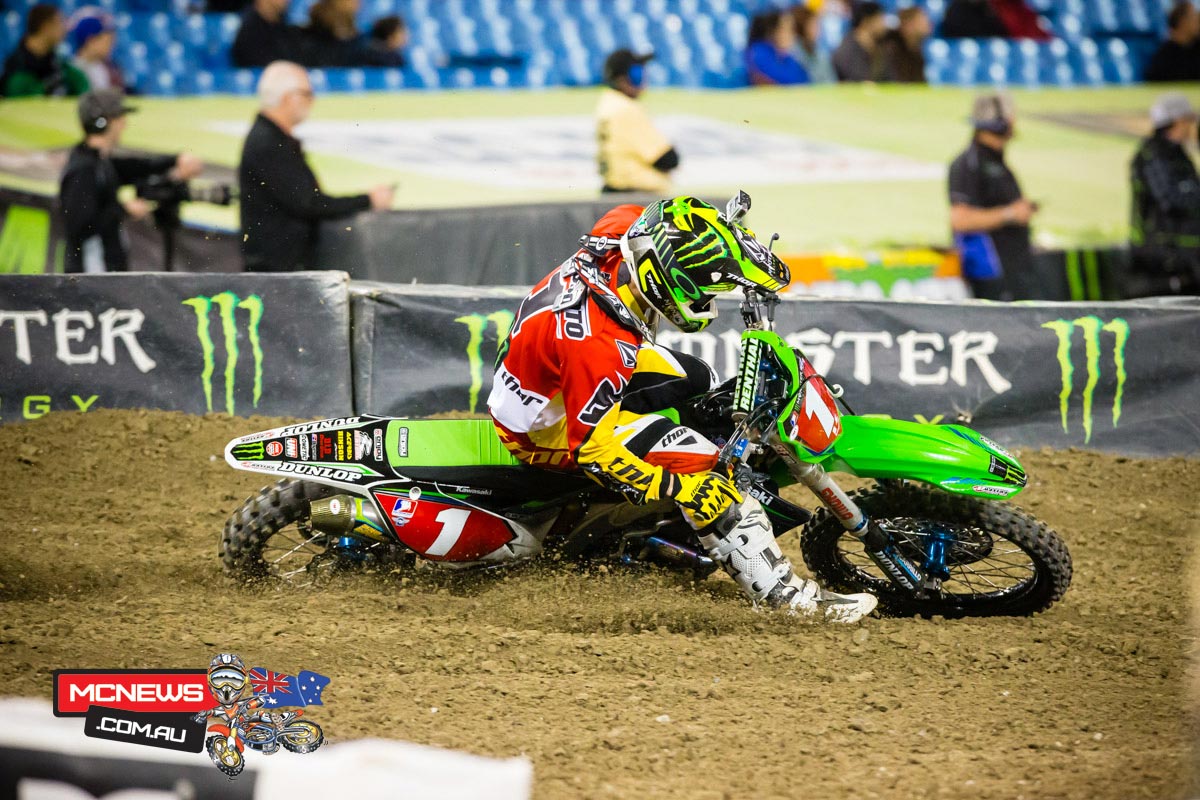 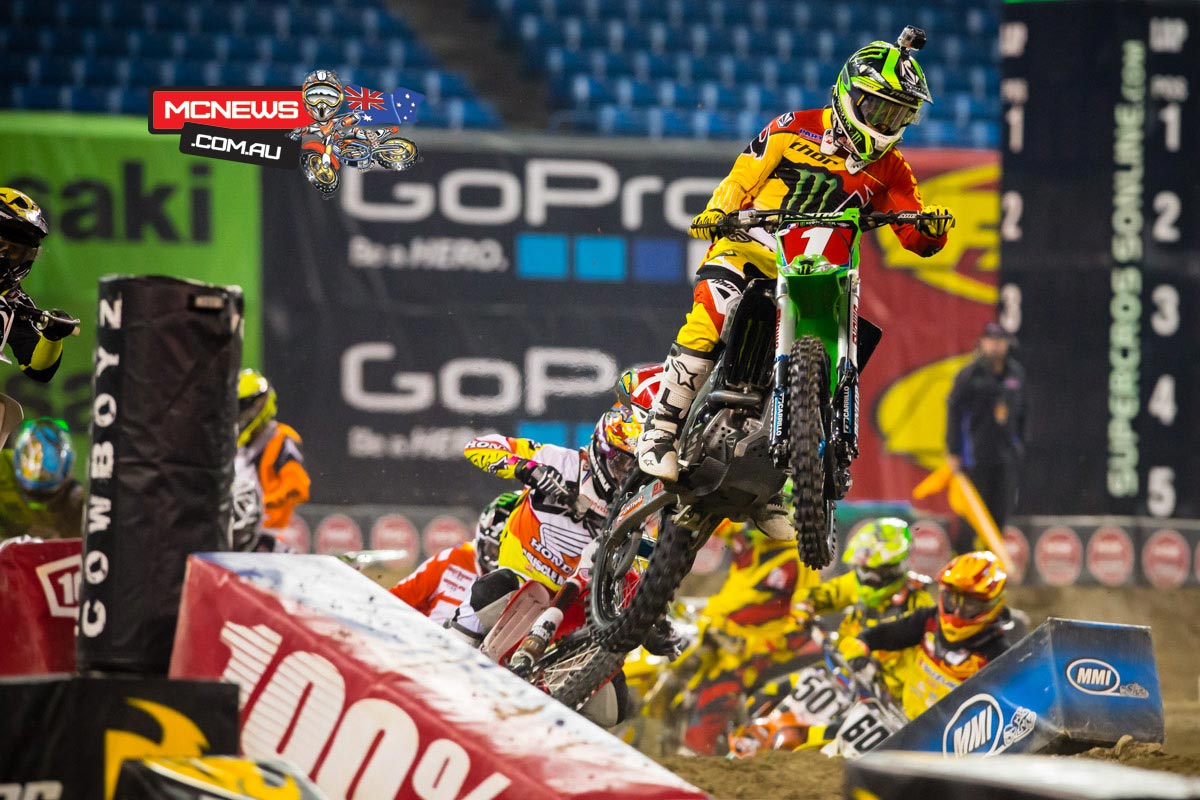 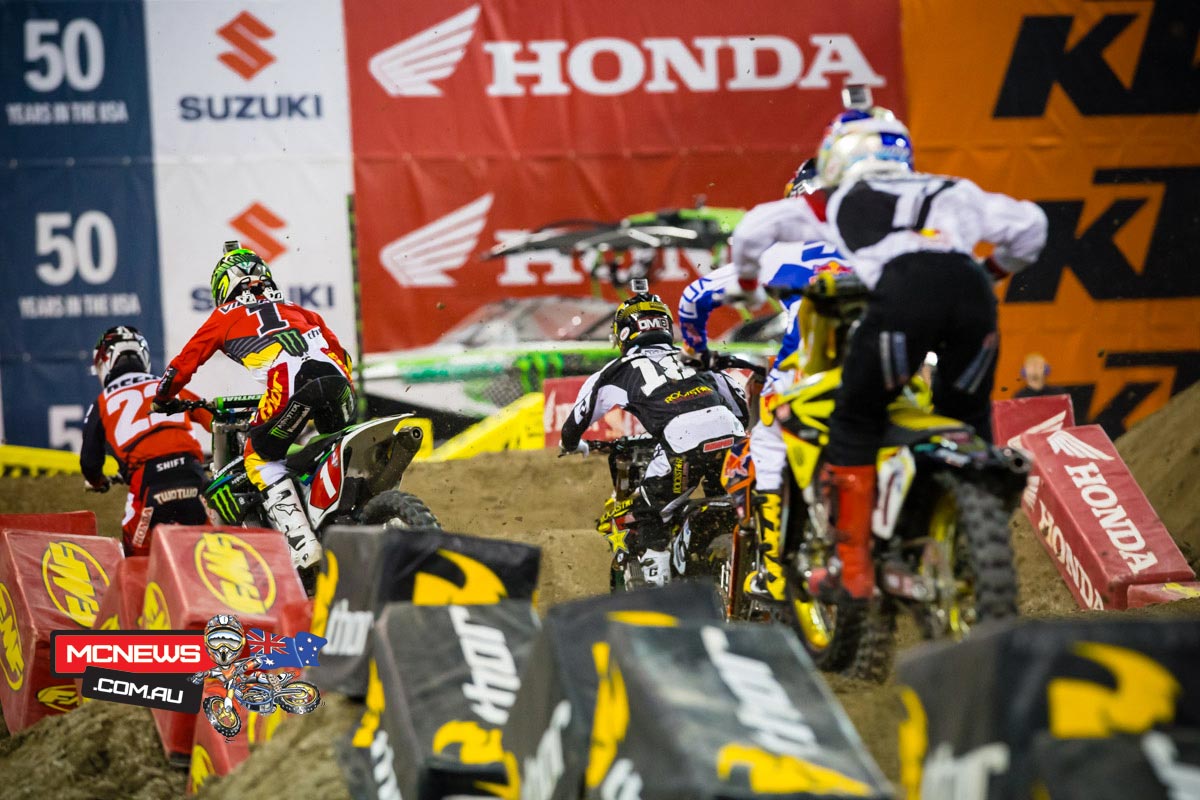 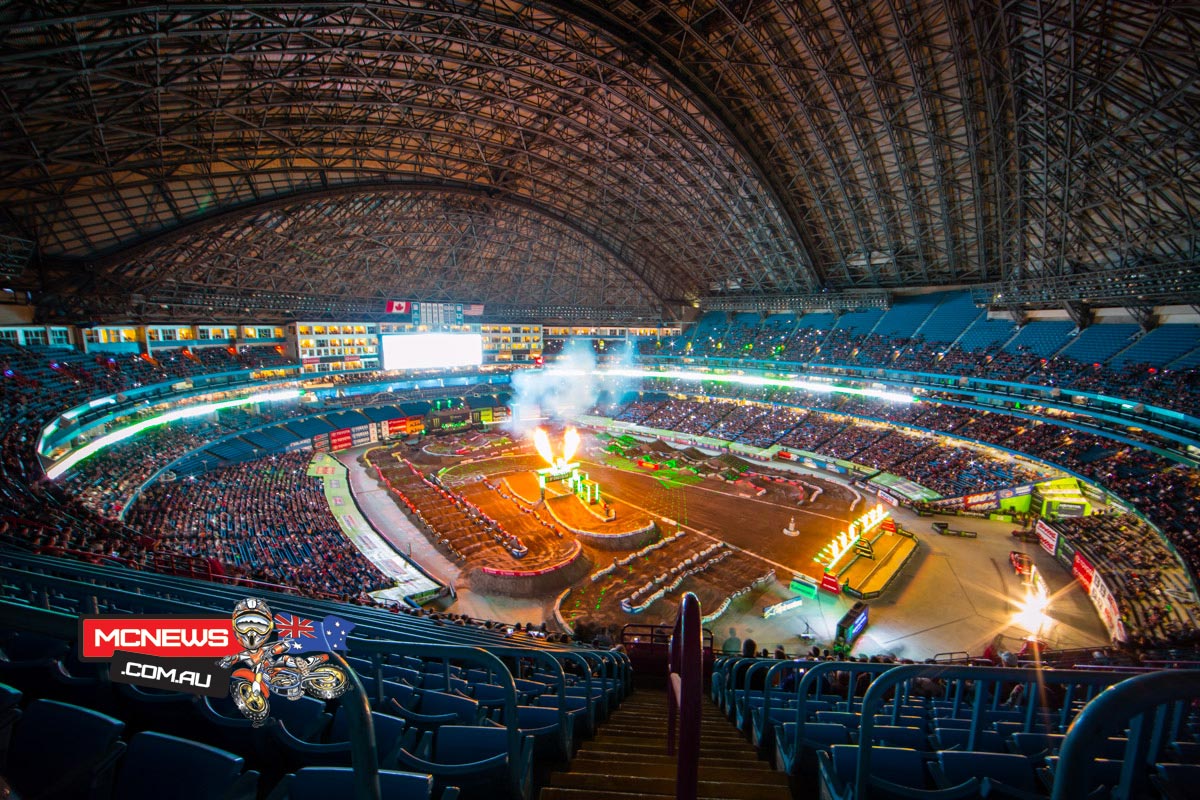