Motorcycle sales in Australia increased in the first half of 2012, according to figures releases today by the Federal Chamber of Automotive Industries (FCAI).

In the six months to the end of June, 51,952 motorcycles were delivered to Australian customers, representing an increase of 1,331 units (or 2.6 per cent) over the same period in 2011.

Scooter sales saw a big drop to 5,233 units, being 13.6 per cent or 832 less scooters sold year to date compared with last year.

The off-road segment accounted for 15,594 sales (to the end of June) for a 30 per cent market share.

The road bike segment remains the single largest by market share, with half-year sales representing 39% of all motorcycles sold.

ATV deliveries represented 21 per cent of the market, while scooters’ share decreased to 10 per cent. 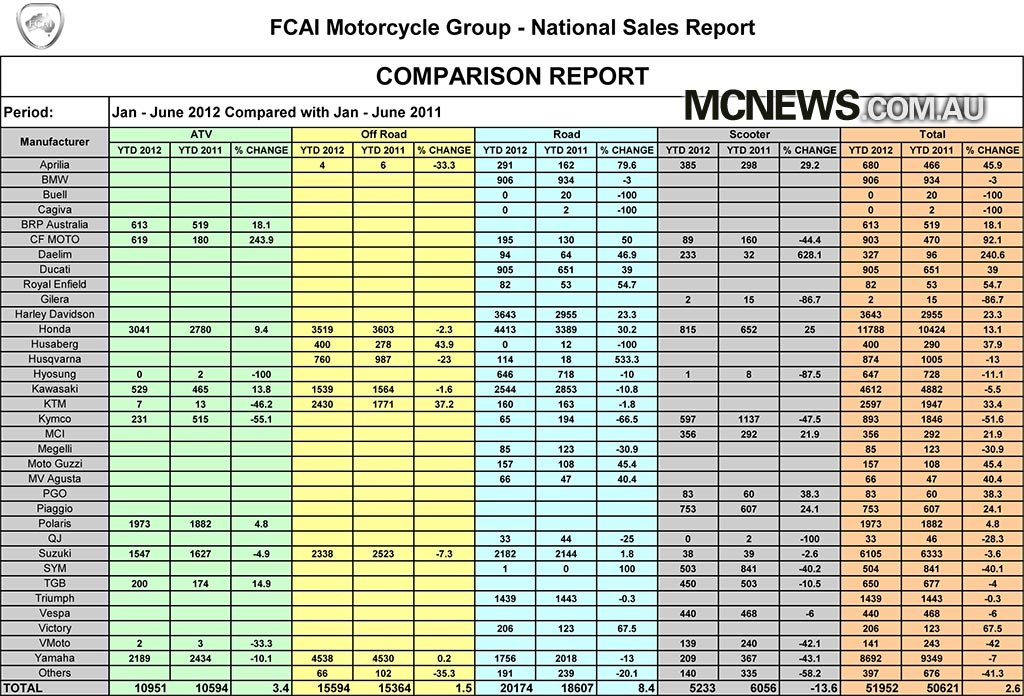 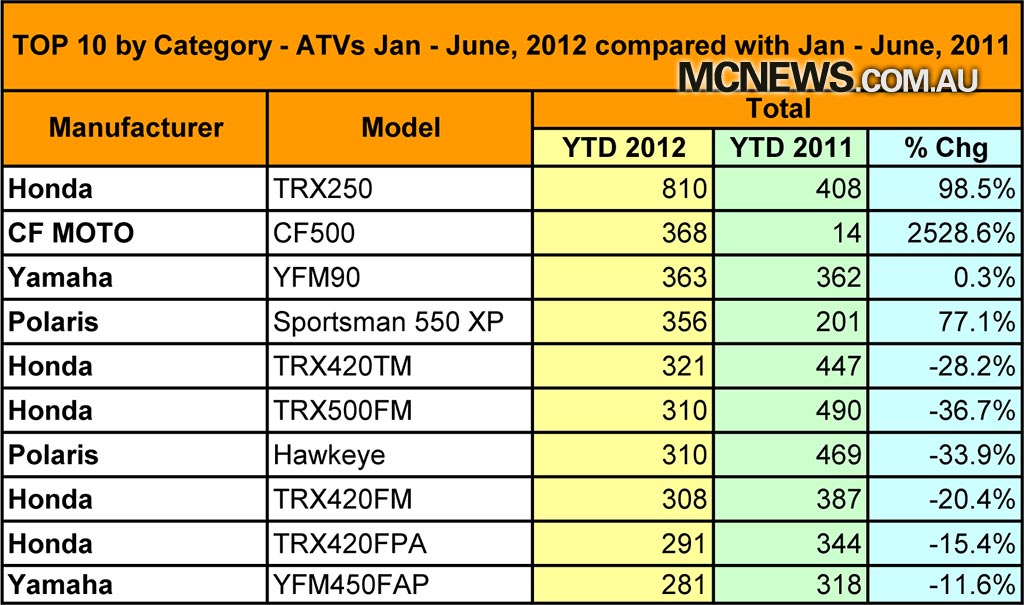