Supercross Class: Oakland Stats
The first race was held on January 18, 1979, and Jimmy Weinert won on a Kawasaki
This will be the fifth time the gate will drop in Oakland
In 1980, Kent Howerton won on a Suzuki
In 1984, Ron Lechein won on a Honda; it was his first ever Supercross Class race on a Honda
In 1979, Jimmy Weinert used paddle tires to win on an all sand track in Oakland; the AMA would later outlaw the use of the paddle tires. Later that year he won the last race of his career at Daytona.

Ryan Dungey is the only rider to be on the podium at all three races; he’s finished 3-1-2.

For the first time ever, KTM has been in the Supercross Class points lead (this doesn’t include last week’s tie)

For the 11th time in Supercross class history, there have been three different winners in the first three rounds

James Stewart broke his four race non-podium streak with a third in Los Angeles. He can break his five-race non-win streak with a win this weekend.

All five brands were in the top five in Los Angeles: Honda: KTM, Yamaha, Kawasaki and Suzuki. On March 19, 1977, there were seven different brands in the top 10: Can-am, Honda, Maico, Yamaha, Husqvarna, Kawasaki, and Suzuki.

There has been a different winner at each of the first three races in the Supercross and the Supercross Lites classes: Ryan Villopoto, Ryan Dungey, Chad Reed, Cole Seely, Dean Wilson, and Eli Tomac. This is the third time this has happened since the Lites class started in 1985. (1986 & 1993)

For the second straight week, Monster Energy Kawasaki’s Villopoto worked back from nearly last place to a fourth-place finish

Monster Energy/Pro-Circuit/Kawasaki’s Broc Tickle finished a career-best eighth place, just a week after failing to qualify for the Main Event in Phoenix

In 39 seasons of Supercross Class racing, Honda has at least one win in 31 seasons

Honda is the first brand to win 200 Supercross Class races

For the 18th consecutive race, Monster Energy/Pro-Circuit/Kawasaki has finished on the podium. Dean Wilson kept the streak alive with a second place (this is not counting the fourth-place finish in the East/West Shootout in Las Vegas). 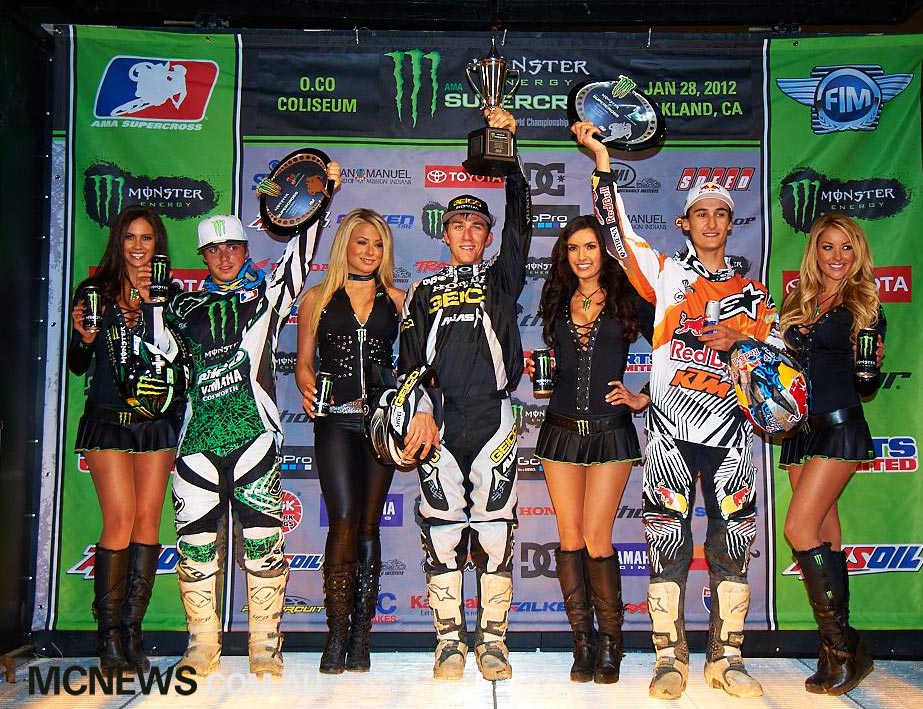