Sykes shapes up in top form for WSBK season opener

Tom Sykes was ultimately the man of the moment in two days of Superbike testing at Phillip Island, the Kawasaki man holding onto the top slot in today’s warmer afternoon session that saw only two riders improve. Sykes’s time of 1 minute 31.648 seconds remains the benchmark as the riders now gear up for the opening round of the 2012 FIM Superbike World Championship this coming weekend.

Tom Sykes: “We were fast this morning and also this afternoon in hot conditions, improving our time compared to yesterday. Overall we did a bit more testing today and certainly stumbled across a couple of good things, and at the end we did 14 laps on race tyres and it was very consistent, with the times coming easier than they were doing with previous settings. Kawasaki has made a massive effort over the winter period and there is no doubt the latest Ninja ZX-10R racebike has improved a lot from last year’s feedback so this year it was only natural to progress.”

Second place overall went to 2011 champion Carlos Checa (Althea Racing Ducati), who ended up just a whisker behind. The Spaniard set the quickest time of the warmer afternoon session and then packed up for the rest of the day.

Carlos Checa: “We finished our job this morning and we just were testing a little bit more to confirm different things, and once I had confirmed that the ‘war’ was over. I feel comfortable, finally, with the last settings. We used the large tyre and the small tyre, and we worked out which settings to use for each one, and we just wanted to save the bike and the engine for the weekend, when the conditions will probably be a bit different and we will need to know which tyres will come for the race. Our base set-up is comfortable, this track is good for Ducati and I believe we did a good job from the first test until now.”

Jakub Smrz (Liberty Racing Team Effenbert) was third on another Ducati 1098R, not far off the pace of the top 2, while Jonathan Rea (Honda World Superbike) was the only other rider to get into the 1 minute 32 seconds bracket despite crashing at Lukey Heights this morning (with no harm to rider).

Max Biaggi (Aprilia Racing) showed remarkable consistency as he took the fifth slot, while Marco Melandri (BMW Motorrad) failed to improve on day 2 and his time set yesterday was good enough for sixth. Superbike rookie Davide Giugliano (Althea Racing Ducati) crashed harmlessly for the fourth time in this test but was impressive enough for seventh, while Leon Camier (Crescent Suzuki) completed the top 8.

The three Australians in the field struggled to sort their bikes with 2010 Australian superbike champion Bryan Staring 20th on the time sheet on the Pedercini Kawasaki; Sydney’s Josh Brookes 21st aboard on the Crescent Suzuki; and Gosford’s Mark Aitchison sitting at 22nd on the 23 strong time sheet on the Grillini BMW. All Australian riders are new to their bikes and teams, with Aitchison campaigning the BMW for the year, but Staring and Brookes deputising for injured riders at the Australian round only.

Meanwhile Leon Haslam, who crashed yesterday, has returned to hospital: the doctors are deciding if and how to operate on his right leg tibia fracture.

The riders in the world superbike and world supersport categories have enjoyed two days of perfect test conditions at the Phillip Island Grand Prix circuit with pace setter Sykes making the most of the sunny conditions and clocking the most laps – over 156 laps over the two days.

The opening round of the 2012 Superbike World Championship commences Friday with the riders competing in 2 x 22 lap races on Sunday. 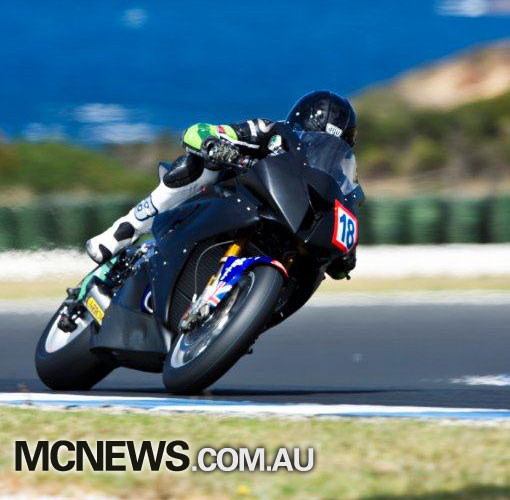 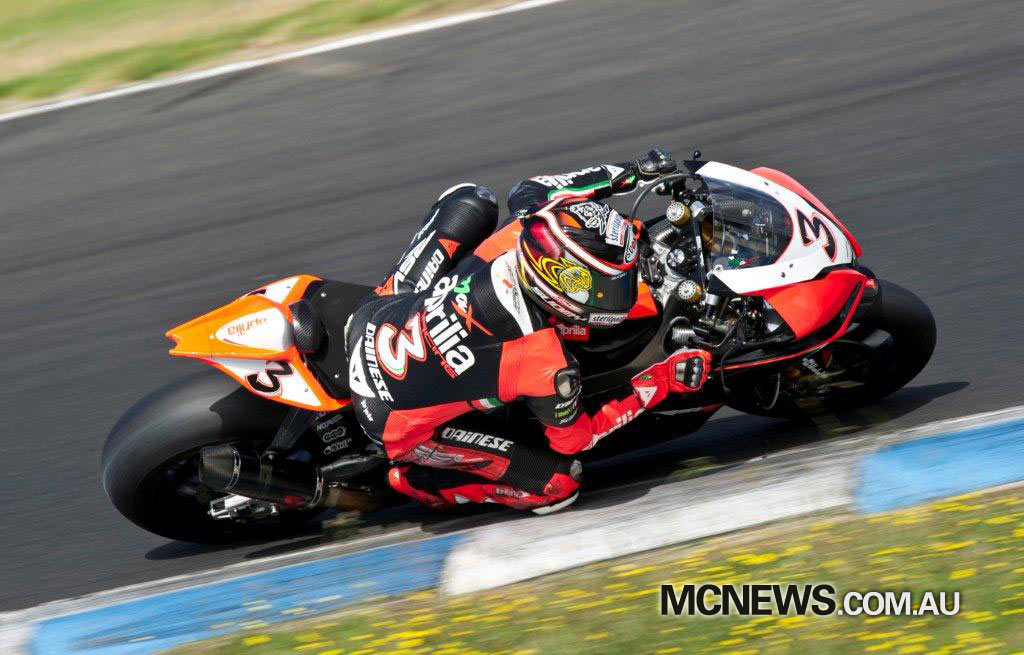 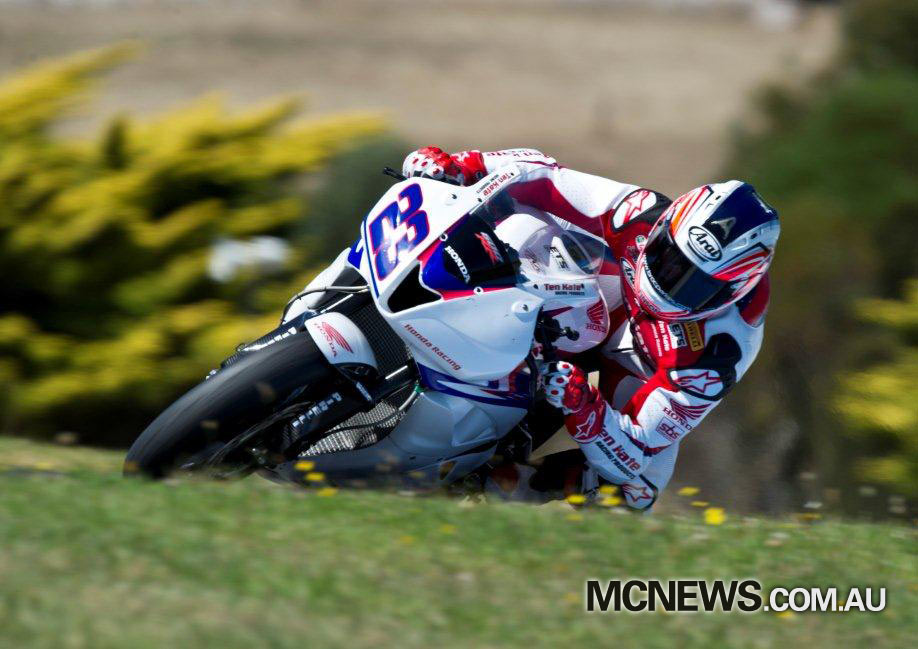 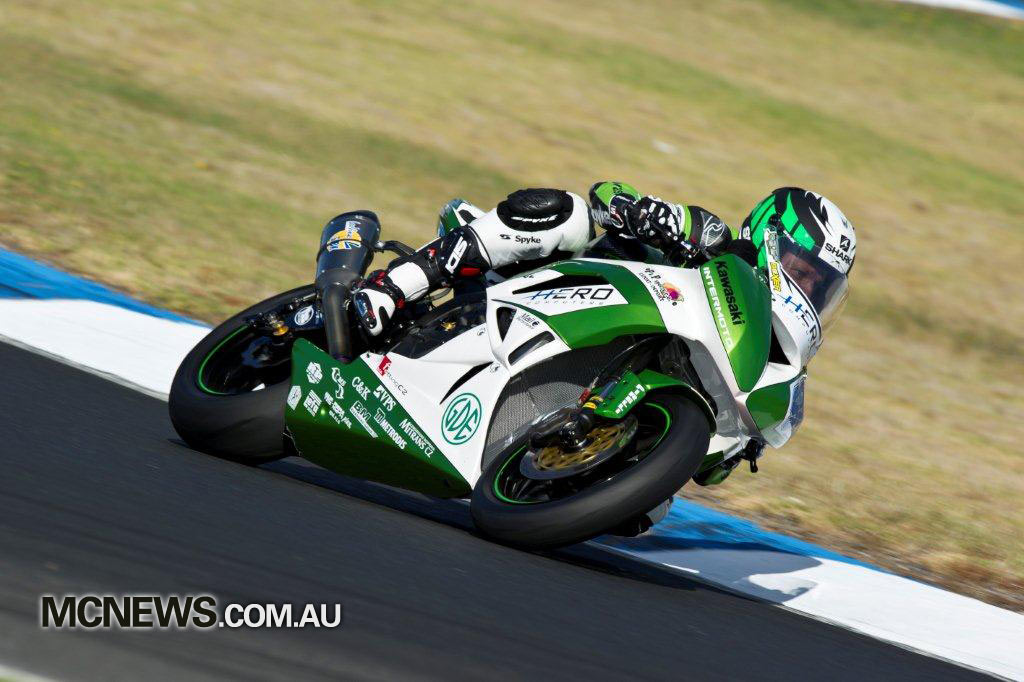 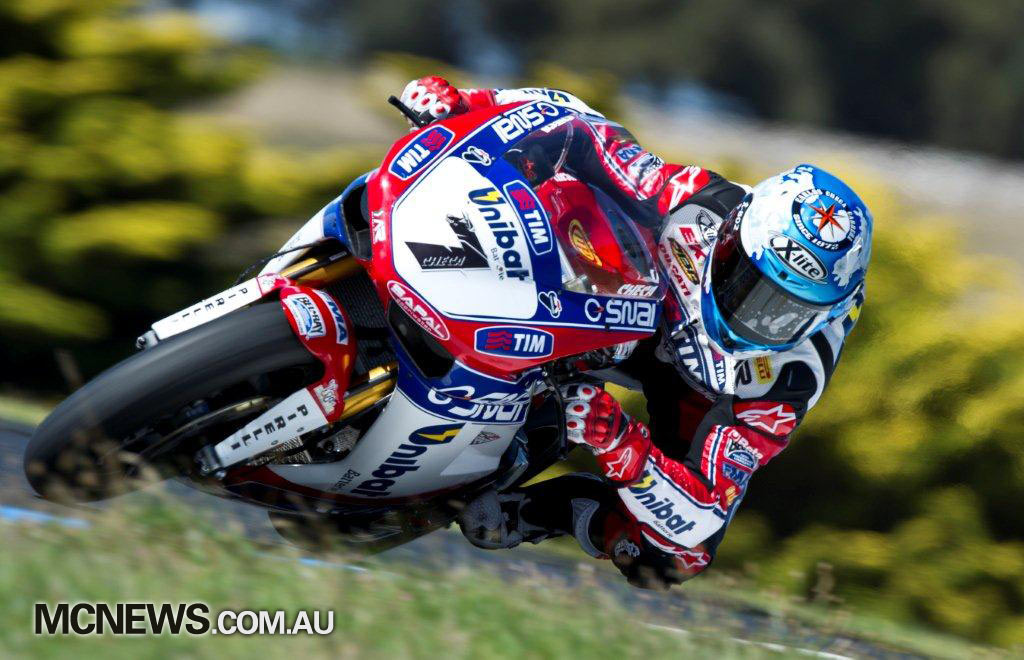 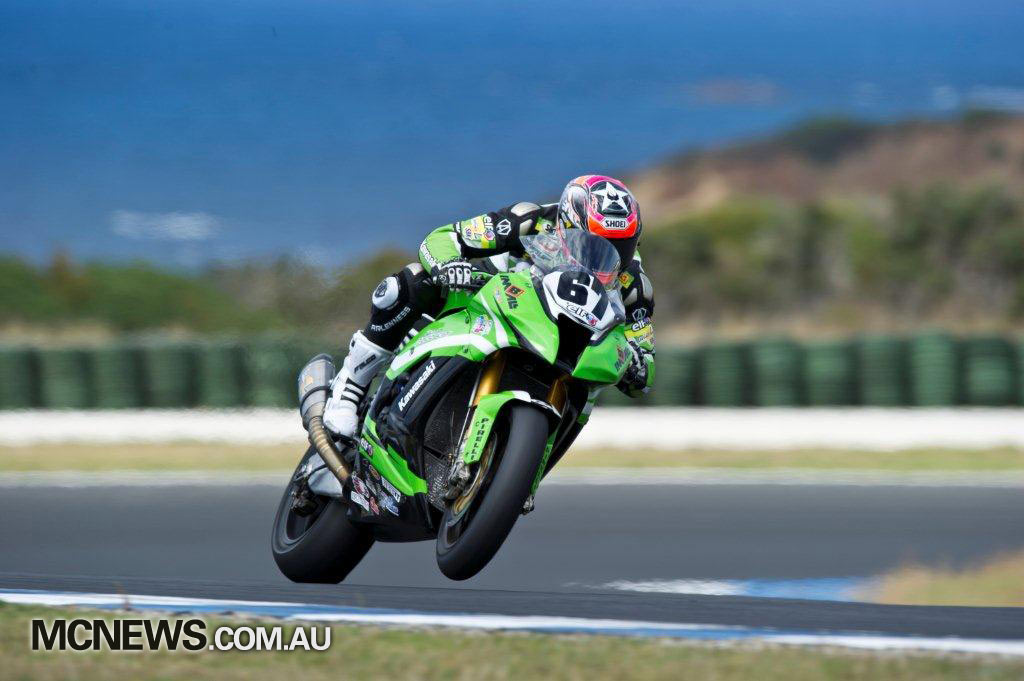 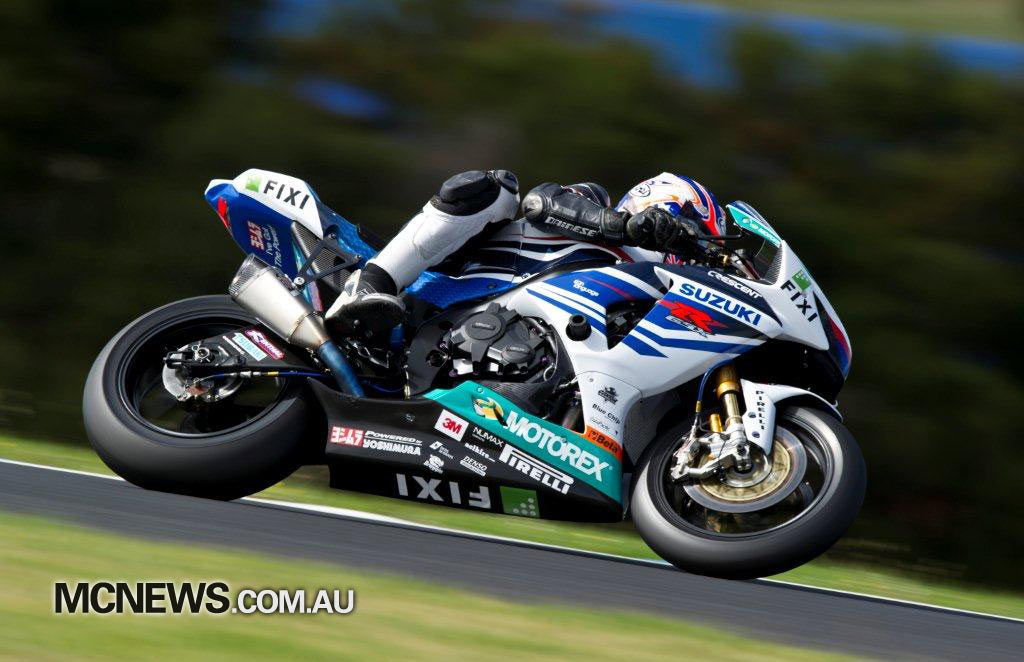 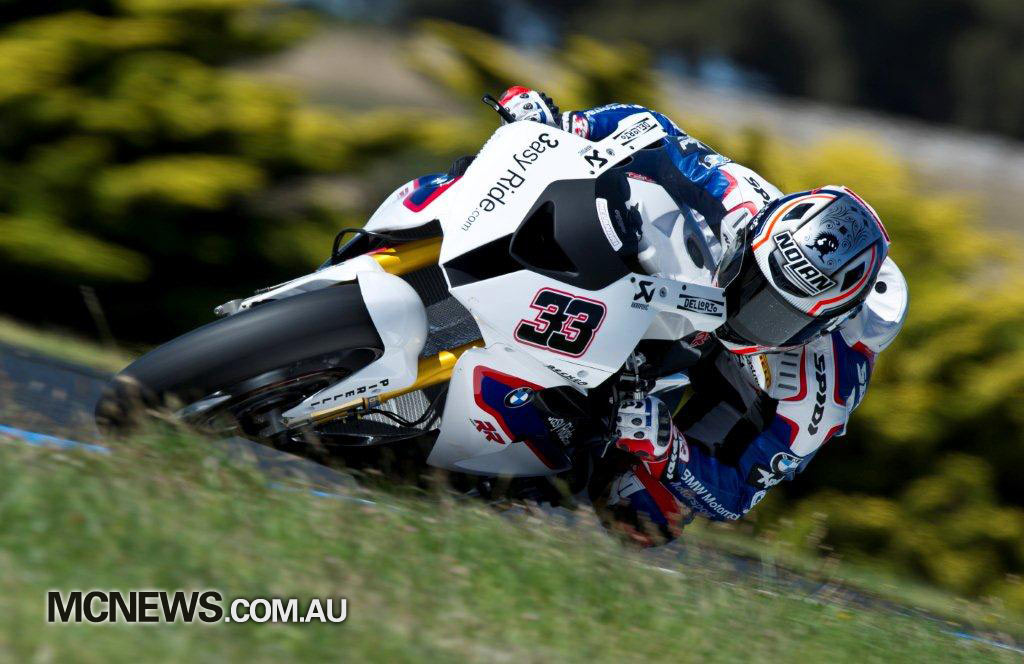