The team has also confirmed personal brand partners for the new season, and along with long time loyal supporters Alpinestars and Moriwaki, they’re delighted to announce the returning support of Phillip Island Circuit who sponsored Remy’s first ever season in Spain, and brand new helmet partner NZI. “We’re extremely grateful for the support of our sponsors.

Without their partnership it would be impossible for Remy and Luca to pursue their ambitions to one day race in Moto GP,” said their World Champion father Wayne Gardner.

Sixteen-year-old Remy Gardner has re-signed with Team Calvo to compete in the Moto 3 class of the renowned Spanish championship [CEV Repsol], riding a KTM250 throughout Spain and in France and Portugal. Remy raced for Team Calvo in 2013 and developed a close relationship with his team. He’s looking forward to getting back in the saddle of the Team Calvo KTM and said “I had lots of different opportunities this year but after we looked at all the options I felt most comfortable with returning to Team Calvo. We all worked really well as a team last season and I know we can do a great job together this year. I’m a bit bummed out that my favourite number, 87, isn’t available but I’ve chosen number 2 as a replacement. I’ve had 87 on my bike since my first day of racing so it’s going to be weird, but I’m thinking of it as a good omen.”

Remy also hopes to include a select number of Moto3 World Championship events in his 2014 race calendar. Wayne said, “he would enter as a wild card, but how many events he can compete in will depend on budget, and the availability of the places on the grid. Remy’s goal is to be racing in the World Championship full time in 2015, after what we expect will be a very competitive year in the CEV. We really hope to be able to give him some experience at the top level throughout the season to help prepare him.”

Luca Gardner, who has recently turned fourteen, will ride again for Briefing Competició in the relatively new junior Spanish national championship, Copa de España de Velocidad. He’ll compete in the PreGP Moto3 class on his Moriwaki MD250. “I’m excited about riding in the Copa this year. It’s a really competitive championship and is going to be much harder than anything I’ve raced in before, but I know I’ll learn a lot through the season and am so happy to be back with Team Briefing again after all the hard work they did last year to help me finish 3rd in the Championship [Mediterranean],” said Luca Gardner. 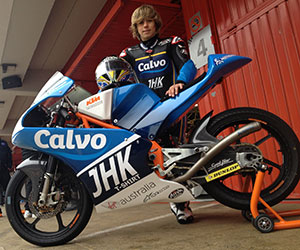 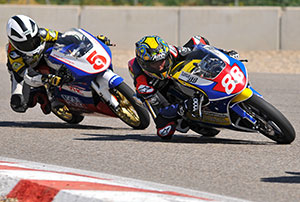 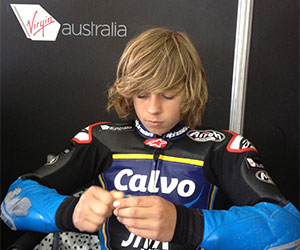