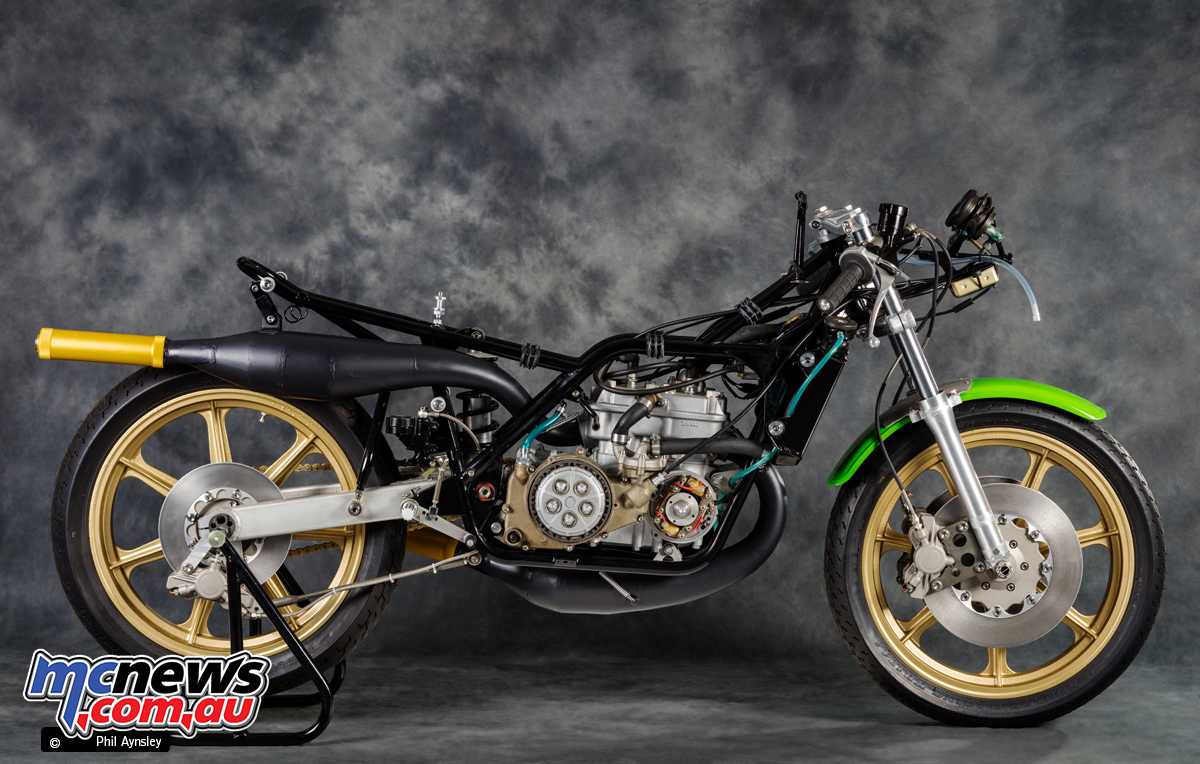 Gregg Hansford tested the bike and resulting changes included modified KR750 front brakes being fitted. In 1979 a full 350cc motor was installed and the bike was raced by Rick Perry in 1980, winning the 350cc ARRC. 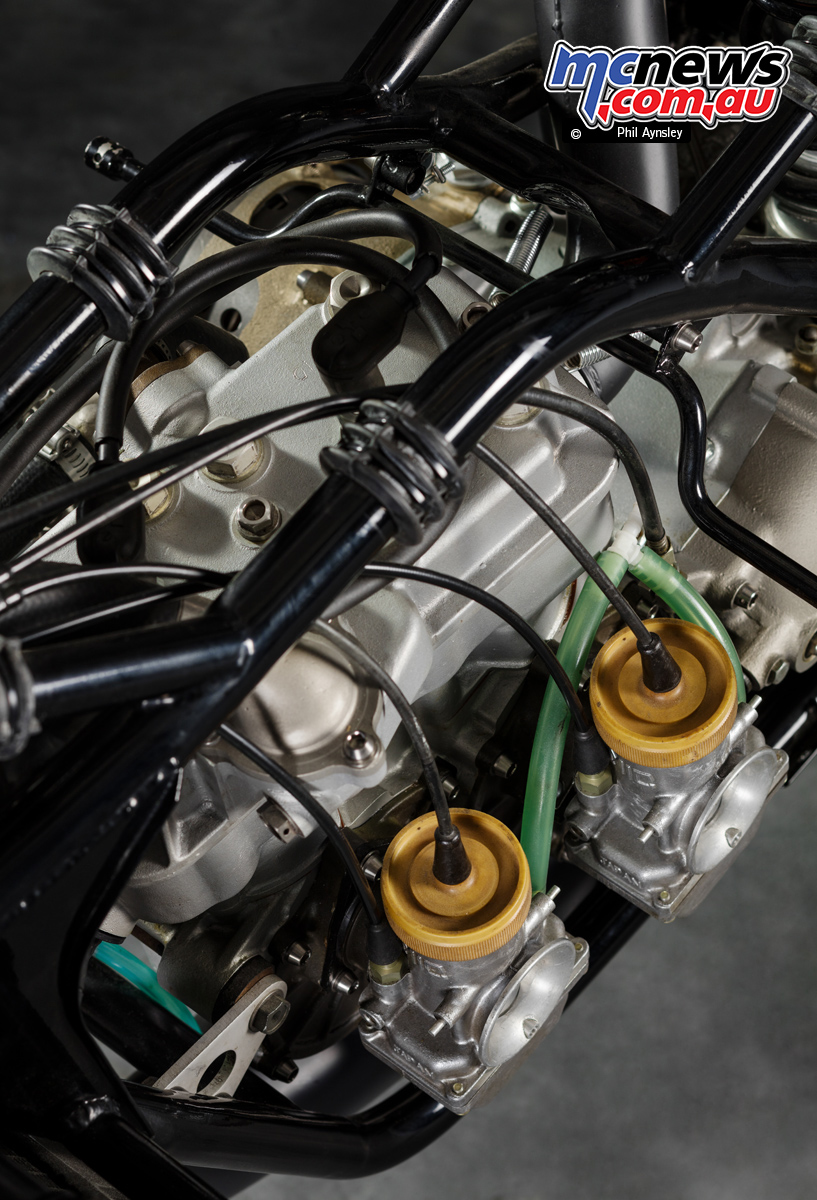 One of the interesting features of the motor is that the water pump casing was cast integrally with the side case, rather than being a seperate unit. I was surprised to note that the whole barrel assembly is angled at 15º to the centreline of the motor. 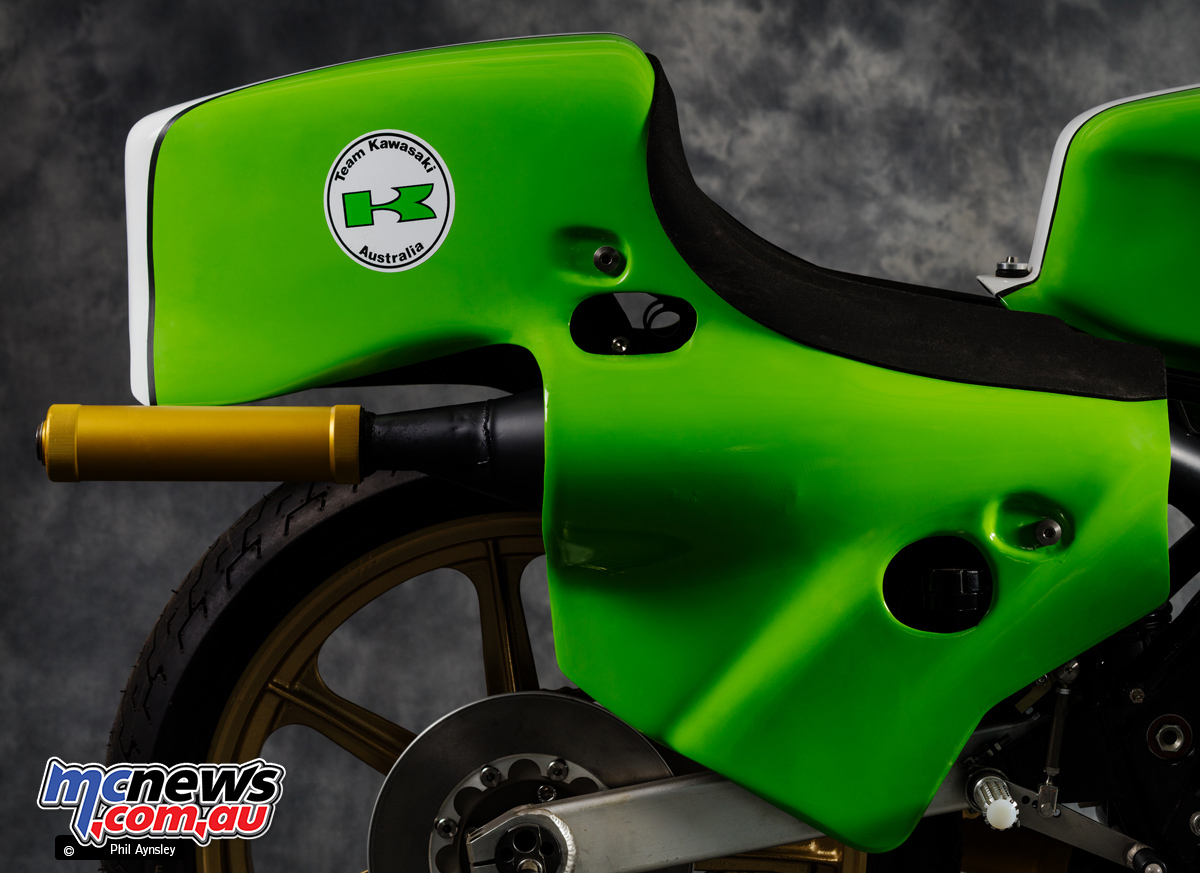 Overseas Kork Ballington won the 1978 350cc World Championship with a dominant 9 wins. Hansford finishing 3rd with 3 victories. The result was the same the following year with five and three wins respectively.


1980 saw Anton Mang finish in second with Jean-Fraçois Baldé in third. The KR350 filled the top three positions in 1981 (Mang, Ekerold, Baldé) and for the final season of the 350cc Championship Mang again finished in first with Baldé in third. So ended the extremely successful career of the KR350!

This bike was retired after the 1980 season and subsequently restored. The motor and parts are 1978 vintage.

Marquez massacres them on opening day at Aragon