The Hockenheimring Museum | Part One

The Hockenheimring Museum
Part One

The Hockenheimring Museum contains a treasure-trove of interesting two-wheeled machinery (and a few with three and four as well). 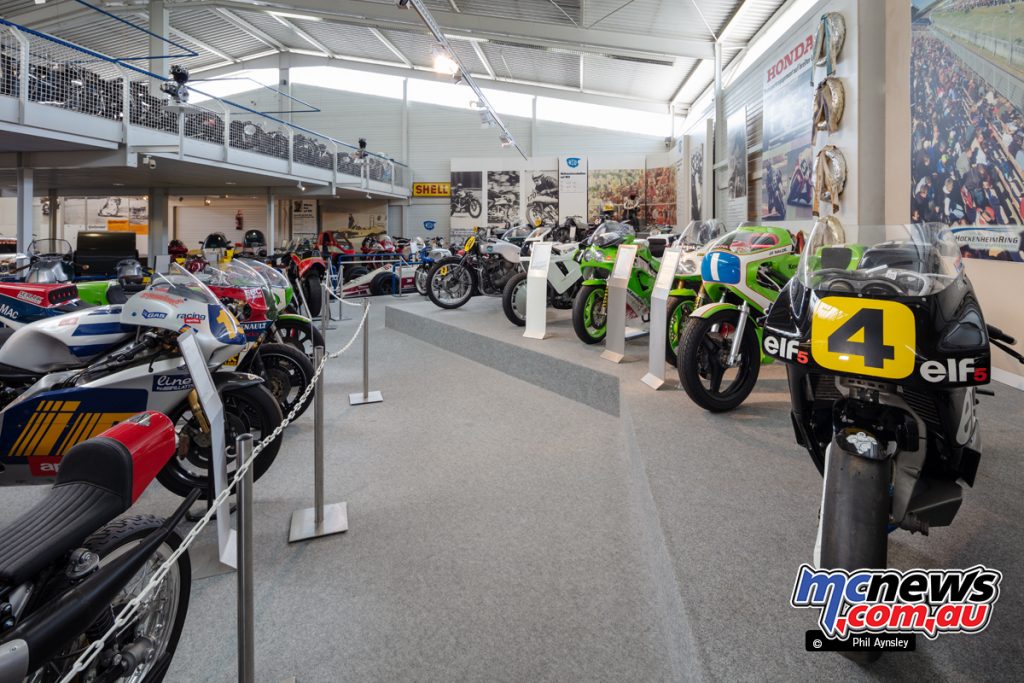 Located behind the main grandstand of the Hockenheim circuit, near Heidelburg, the museum is home to hundreds of bikes and with a floor area of 2,200 square metres it claims to have the largest collection of racing motorcycles in Europe. 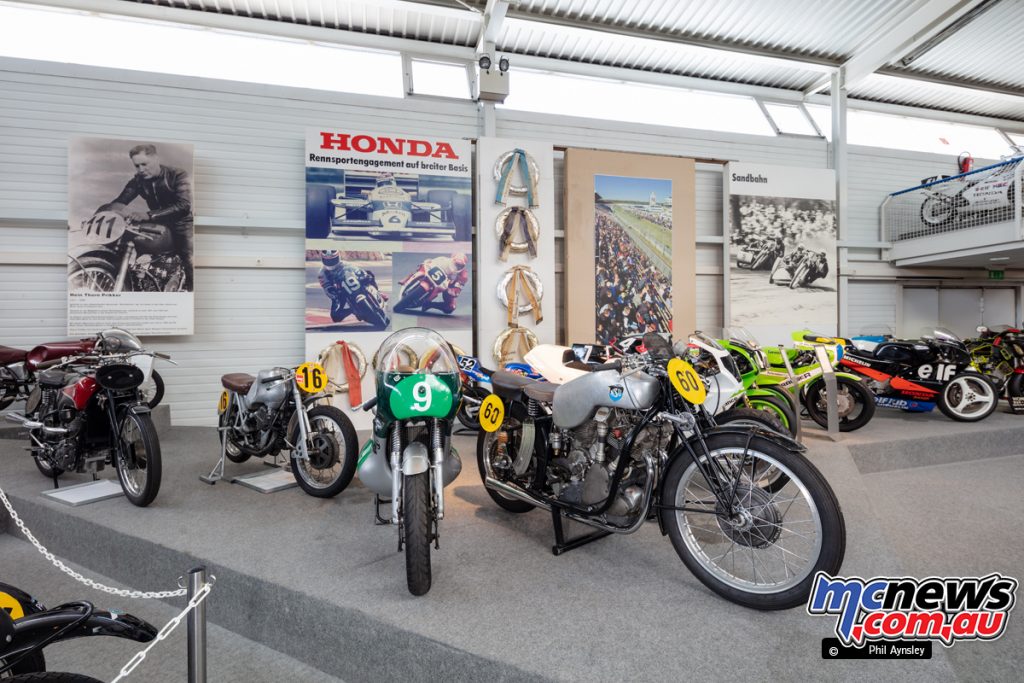 From DKWs, MZs and NSUs to Kawasaki GP and endurance bikes to Nortons and home built specials, there is certainly plenty to see!

In this column we’ll look at what’s on the ground floor, with Pt2 covering the 1st floor. 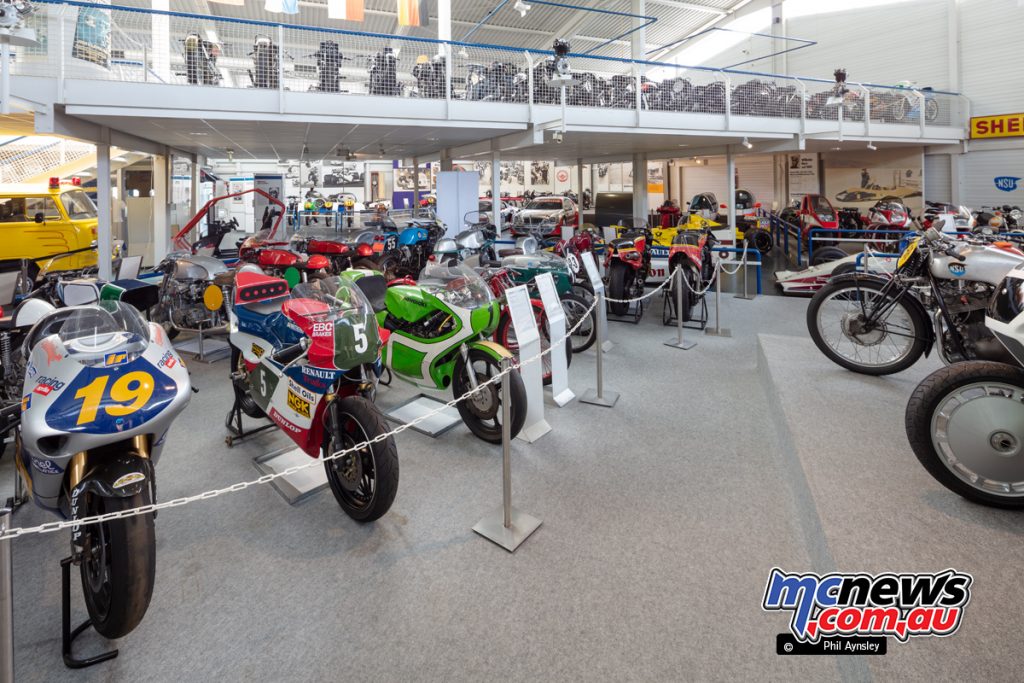 This 1981 Suzuki 1000R (XR69) has a proud heritage. Graeme Crosby rode it to victory in both the World TT Formula One and British TT F1 titles. For ’81 the Yoshimura developed GS1000 motor had been fitted in a new chassis with Full Floater rear suspension. Power was over 130hp and top speed was around 170mph. Many replicas of the XR69 have since been built!

One of the 21 original Reliant 850cc four cylinder engine Quasars produced between 1976 and 1981. Later versions used a variety of motorcycle engines.

A circle the Nortons! A fine collection of singles are on display including the 1923 Model 18 in the foreground. Designed by James Norton himself, the Model 18 saw the introduction of OHVs in place of side-valves. Output was about 25hp and the top speed over 90mph. Apart from setting speed records the Model 18 won the IOM Senior TT in ’24 & ’26. The sidecar racer is a 1949 600 that was originally exported to Melbourne.

Some of the more contemporary race bikes on view. Included are Kawasaki ZXR750 endurance bikes and KR250 & 350s, Dorio Romboni’s 1997 Aprilia RSW-2 GP bike, Armstrong 250GP and many others.


In 1938 NSU began development of the 350 & 500cc RK bikes with ex-Norton engineer Walter Moore as chief designer. The motor was a DOHC parallel twin with bevel drives to each camshaft. A supercharger was fitted behind the cylinders. Two 350s and a 500 were raced at the IOM in 1939 but none finished. Supercharging was still allowed in German competition until the end of 1950 so the RKs continued racing. This 500 was good for 98hp and a top speed of 168mph. See the full write up of the NSU 500RK here (link). 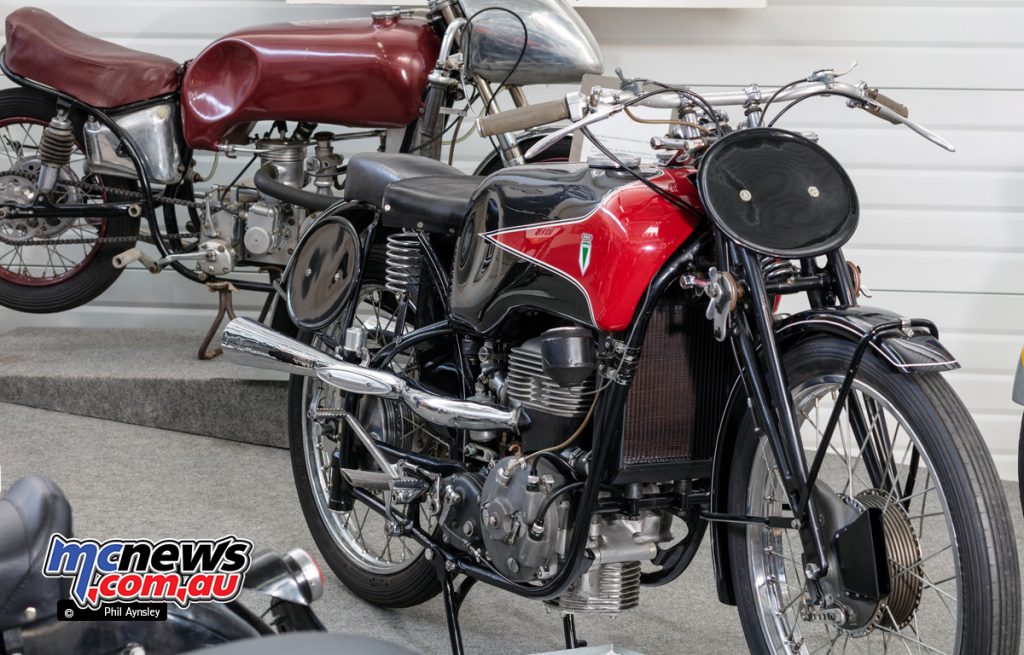 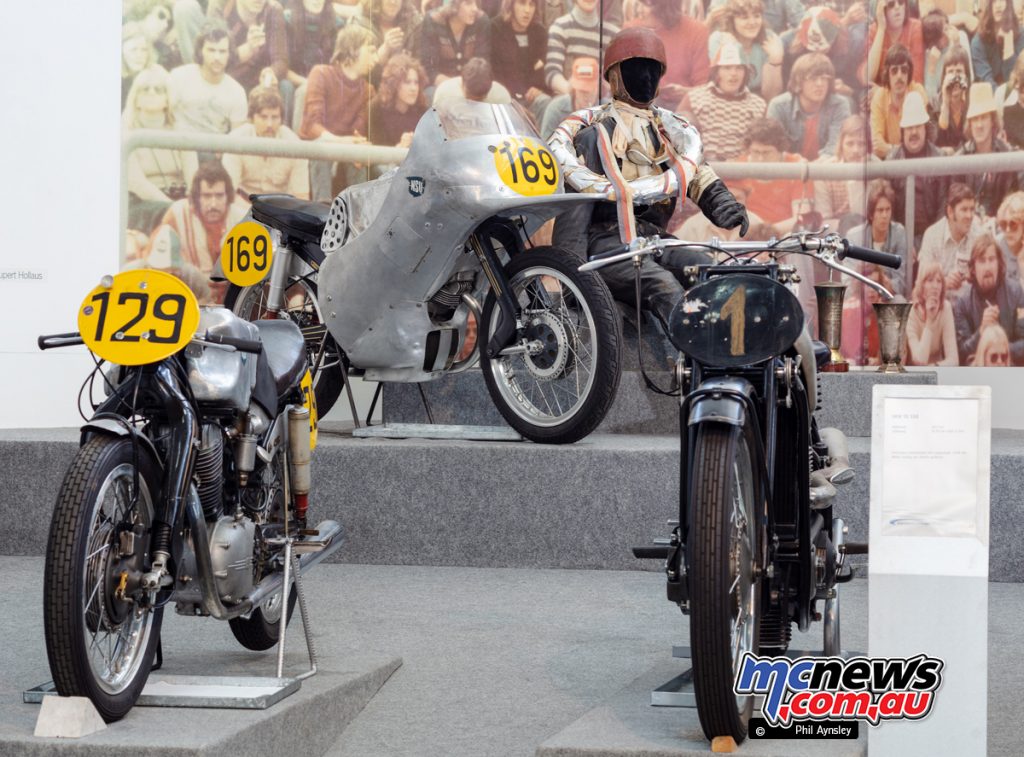 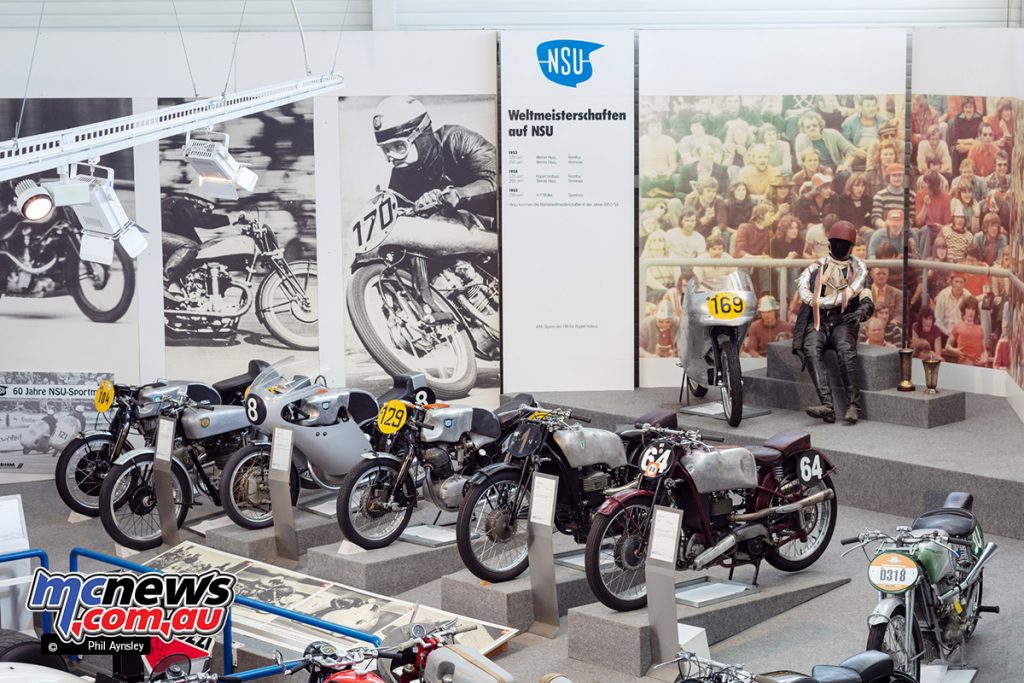 From Left to right: One of the two 2002 short wheelbase Peraves EcoMobile Mono Turbo 1200s built. The sole EcoMobile prototype of 1982. The 1986 Colani-Egli MRD-1 record bike. Based on the Egli MRD-1 (5 built) the Colani designed machine featured a 1400cc turbo, nitrous-injected Kawasaki motor. The top section of the streamlining was worn on the rider’s back. It set the 10km standing start record of 272.41kph (top speed 330kph).

A pair of BMWs.

Detail of a Münch-URS powered sidecar. The 1971 World Championship was won by a Münch-URS outfit.

Designed and built by Rolls Royce engineer Dennis Jones in 1954 (preceded in the mid 40’s with 500cc flat-four supercharged 2-stroke and 250cc DOHC parallel twin race bikes). Even the carbs were home built!

A history of brothers racing in MotoGP….