Some bikes can’t be mistaken for any other machine and that is certainly the case with the ELF series of race bikes produced from 1977 though to the 1988 ELF5 seen here.

The chassis was the work of Andre de Cortanze, a design engineer working for Renault’s race department in the mid ‘70s. Picked by Francois Guiter (head of marketing for Elf) to develop a bike using his innovative ideas.

The first design was the 1977 TZ750 powered ELF X. This caught Honda’s attention and in 1979 they signed an agreement with Elf to provide works RSC endurance motors for a new design.

The ELFe was raced in the World Endurance Championship from 1981 to 1983. A streamlined version, the ELF R, was used to set six world speed records in 1986.

Elf now turned to GP racing with the introduction of the ELF2. This used a steering system that had the rider pushing and pulling the bars forwards and back – not a terribly successful idea! It was soon redesigned into the ELF2A with steering similar to the ELF X.

Cortanze left to join the Peugeot Rally team, leaving his assistant Dan Trema to continue his work. Serge Rosset took over managing the team (now the ROC-Elf team) and together they produced the Honda NS500 powered ELF3 for 1986 season.

Rider Ron Haslam had some successes, finishing 9th in the championship and winning the Macau GP. He did better the following year on the ELF4 coming 4th in the title chase. 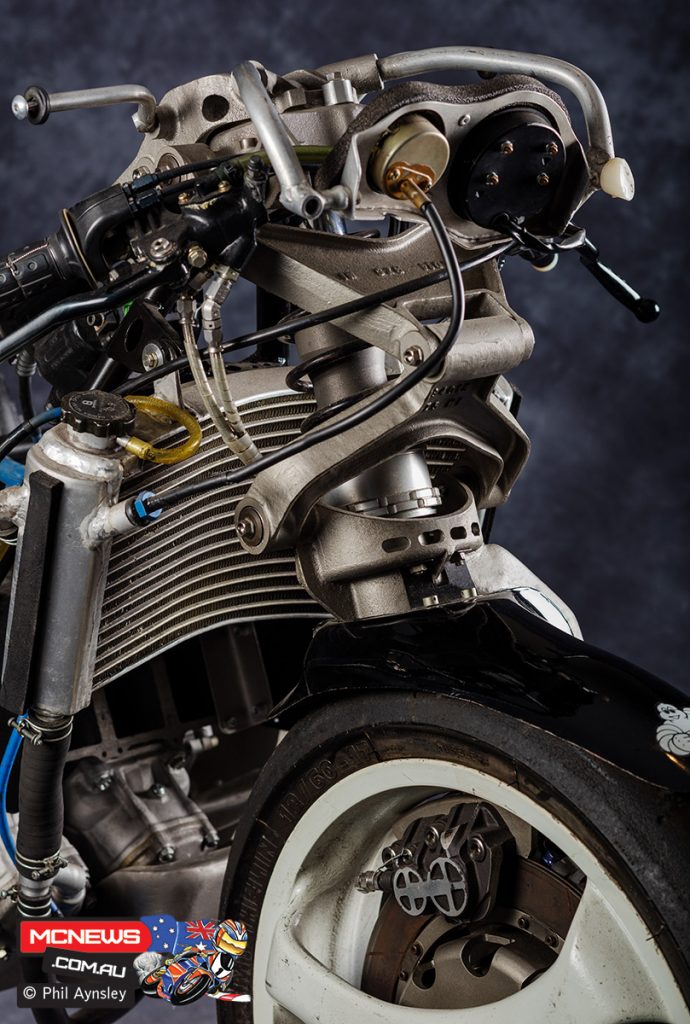 1988 saw the ELF5 debut. It used a 1987 version of the NSR V4 (the ’88 not being ready in time) and is the bike I photographed (the bike didn’t have carburettors fitted at the time). Honda also supplied the Nissin front brakes. Haslam ended up 11th in this last year of competition for the team.

Honda’s Pro Arm single-sided swingarm was a lasting result of their collaboration with Elf. 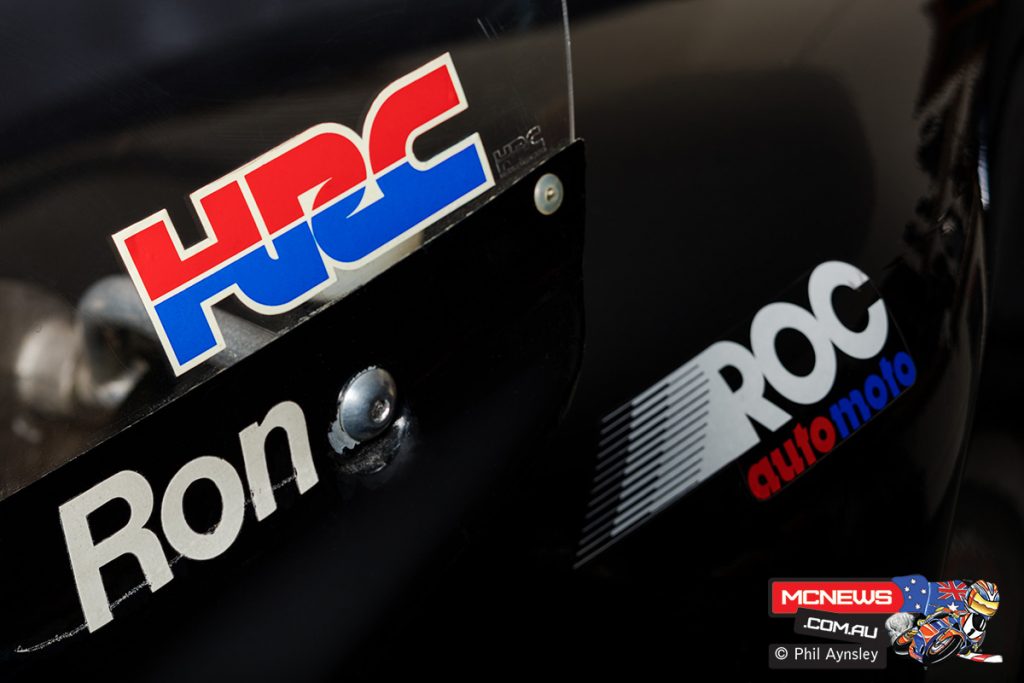