Triumph Australia has today confirmed the retail prices of its new-for-2012 models, the Tiger Explorer and Speed Triple R/ABS, with a focus on offering customers a value for money package with high-specifications for competitive prices.

The Tiger Explorer is Triumph’s first entry into the premium adventure touring sector and features a class leading specification as standard.

The all-new 1215cc three-cylinder powerplant delivers a best-in-class engine and key features of the new model include the standard fitment of ABS brakes, cruise control, traction control and a durable shaft drive unit.

The Tiger Explorer goes on sale from late May 2012, priced at a very competitive $21790 plus ORC.

Joining the Tiger Explorer in 2012 range is the Speed Triple R/ABS, a premium version of Triumph’s iconic Speed Triple. Taking the already class-leading Speed Triple as its base, the R version employs even higher-specification chassis components to take handling to yet another level. With MotoGP developed Ohlins suspension front and rear, Brembo monoblock brakes and lightweight forged aluminium wheels, as well as sporty new colours and graphics and ABS as standard fitment, the Speed Triple R/ABS represents excellent value for money at $21110 plus ORC when it goes on sale from late March 2012.

Triumph Australia’s Marketing Manager Mal Jarrett commented, “The Explorer and Speed Triple R/ABS are two excellent new products for 2012, which have been hotly anticipated. Following on from the release of the Tiger 800’s in 2011, the Explorer has everyone waiting to see what Triumph has been able to accomplish with the biggest of all its ‘Big Cats’. Pricing is very competitive on both the Explorer and Speed Triple R/ABS, and confirms Triumph’s commitment to making excellent products while offering great value for money. Interest in the new models since their announcement in November 2011, has been unprecedented, with numerous deposits taken on them sight unseen!” 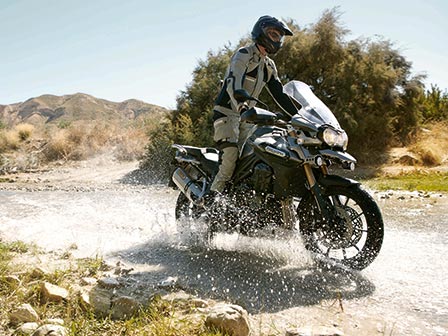 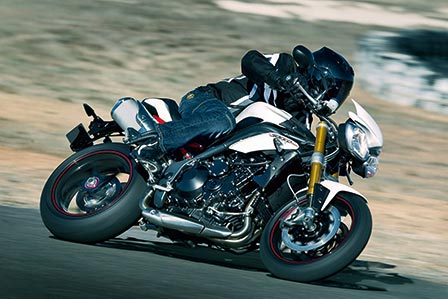