Spanish motorcycling legend Angel Nieto sadly passed away on 3 August, after he succumbed to injuries sustained during a quad bike accident in Ibiza in late July.

Angel Nieto Roldan was born on 25 January 1947 in Zamora, Spain. His brilliant career – which would see him clinch 13 World titles – or 12+1, as he used to say for superstitious reasons… – started in the mid-sixties when he joined the Derbi factory, first as a young mechanic, then as a rider alongside Spaniard José Busquets and Australian Barry Smith.

In 1966 he took part in his first World Championship events and finished 9th overall in the 50cc World Championship thanks to a 5th place at the German Grand Prix in Hockenheim. The following year the performance of the Derbi improved a lot and he finished in 4th position, scoring points in four of six races and earning a brilliant second place in Assen.

In 1968 he was 4th again, with another second place at his home Grand Prix in Montjuich. 1969 was his break-through year: with his two first wins and three second places, he became World Champion for the first time, just one point ahead of Dutch rider Aalt Toersen. Meanwhile Derbi had prepared to enter the 125cc class, and in 1970 Nieto began to be a leading rider in both 50cc and 125cc for almost fifteen years.

That year he took the 50cc title again and finished second in the 125cc behind Dieter Braun and his Suzuki. In 1971, he succeeded in the 125cc class, winning five races, after a great fight with a Suzuki rider called Barry Sheene! But in the small class he finished second to Jan de Vries and his Kreidler.

Then he would get both titles in the same season: 1972 saw him double World Champion, in the 125cc ahead of Swede Kent Andersson, and in the 50cc level on points and results with Jan de Vries – he got the title beating the Dutch rider in the total of the times.

In 1973 Angel Nieto switched to Morbidelli, who seemed to have a promising machine; he was 7th in the 125cc Championship, and in 1974, he came back on a Derbi which took him to third place. In 1975 he took the 50cc title riding the very fast Kreidler, against which he had fought all these years: six wins and two second places.

In 1976 he went to another Spanish manufacturer, Bultaco: another title in the 50cc, and a second place in the 125cc. In 1977 he clinched his third consecutive World title in the smallest class, again on a Bultaco, and he then decided to concentrate on the 125cc, as he had lost the battle against the Morbidelli riders, Italian Pierpaolo Bianchi and Eugenio Lazzarini, ending in third. 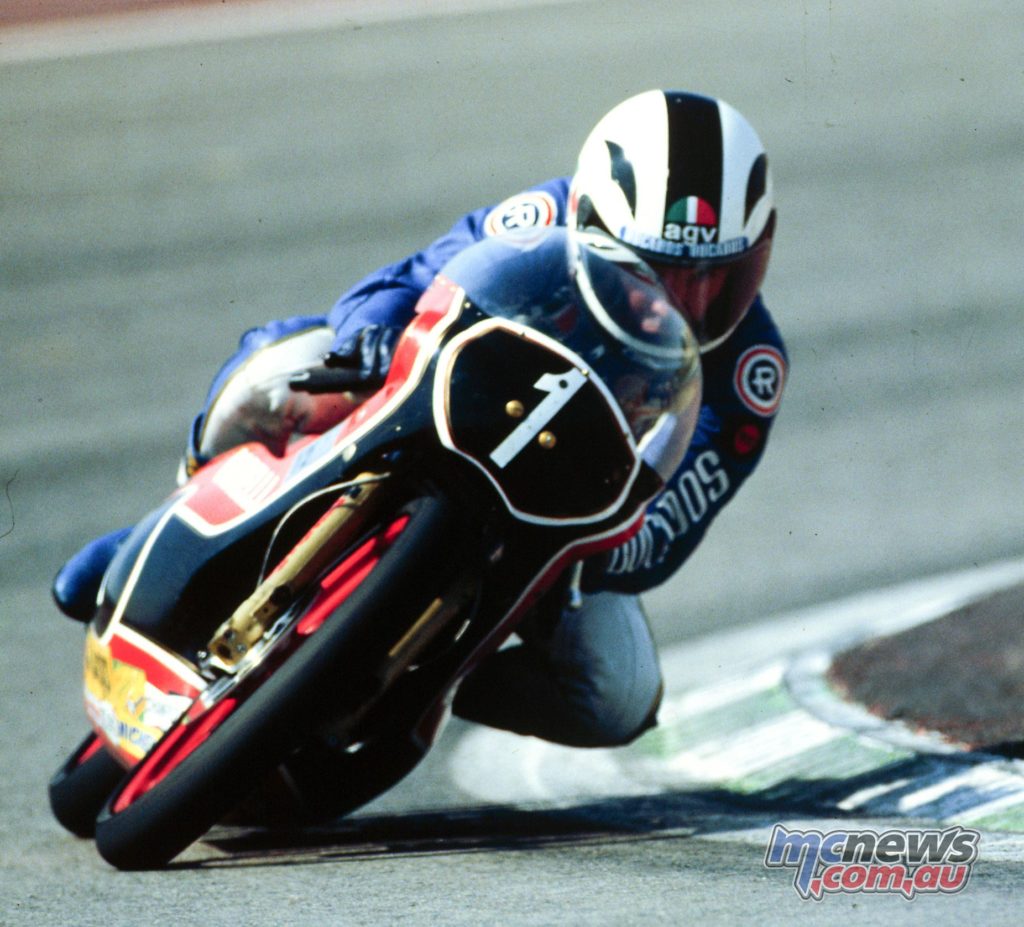 He left Bultaco for another new manufacturer Minarelli in 1978, but after taking only 4 points in six races, he went back to Bultaco and scored 84 points in the last six races. A great performance, but it was not enough for the title, Lazzarini was too far ahead. In 1979 the Minarelli was working well and Angel clinched seven consecutive wins in the first seven races (and one in the last six…) gathering more than twice the points of the second placed rider…

It was not the end of his career – yet. After a third place in 1980, the Minarelli became the fastest bike and Angel was back on the top of the 125cc class in 1981 with eight wins and another title. Then he decided to change again, this time to Garelli: the motorcycle seemed to go well, and it did: three more consecutive 125cc World titles in 82, 83 and 84. At this point he decided that the time had come to stop. He became team manager, then TV commentator on Spanish TV. He was a much-recognised figure in the paddock and such was inducted as MotoGP Legend in the Motorcycle Hall of Fame in 2002.

“I share the pain of Angel’s family and friends after his untimely death. It’s a tough blow to our great motorcycle community, not just in Spain, where he was very much loved but the whole world over. I met him at the first ever Grand Prix in Venezuela many years ago, he was one of my favourite riders. Later, I was lucky enough to meet him again in the paddock where we always exchanged some friendly words. His presence will be greatly missed by us all, although we will always remember Angel, both as a great champion but most importantly as a true motorcyclist and gentleman.”

The FIM and the entire motorcycle community extend their deepest condolences to Angels’ family and friends.

Strong start for Hunter Lawrence and Beaton at Lommel

British Superbike swings back into action this weekend at Donington