Madrid hosted an incredible tribute to 12+1 World Champion and MotoGP Legend Angel Nieto on Saturday, as the streets of the Spanish capital were flooded with motorbikes and fans in remembrance of a true giant of the sport.

An estimated 50,000 people joined the celebration of Nieto’s life in the city, which began with a smaller, private ceremony and culminated in a convoy of bikes riding out to Jarama circuit and a lap of honour around the track. 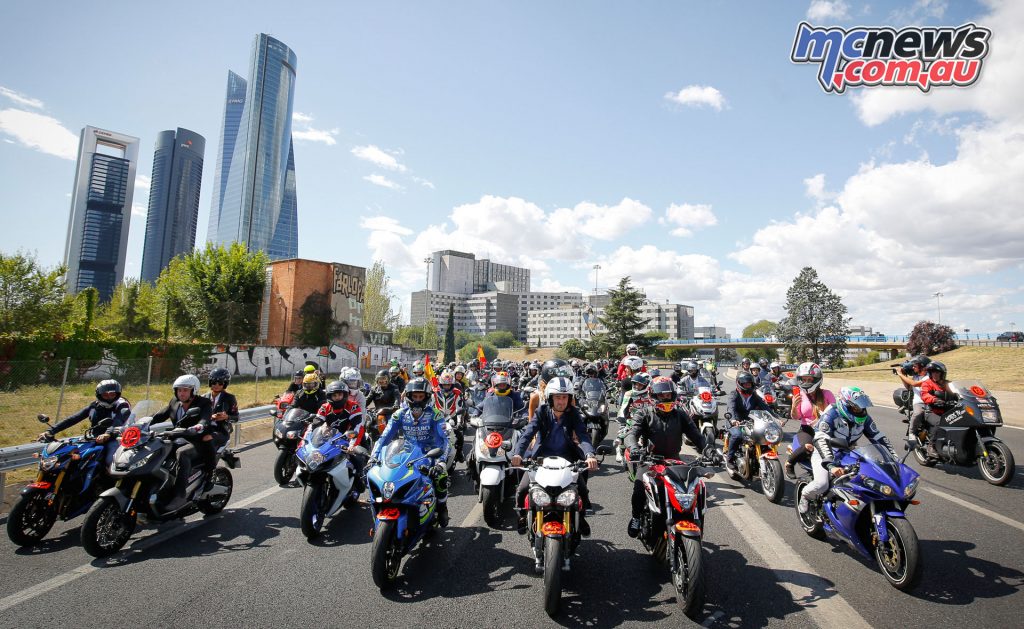 The day of tributes began with the more intimate ceremony in the stunning Parque del Retiro, with officials from the city, family and friends joined by innumerable faces from the world of motorcycling. 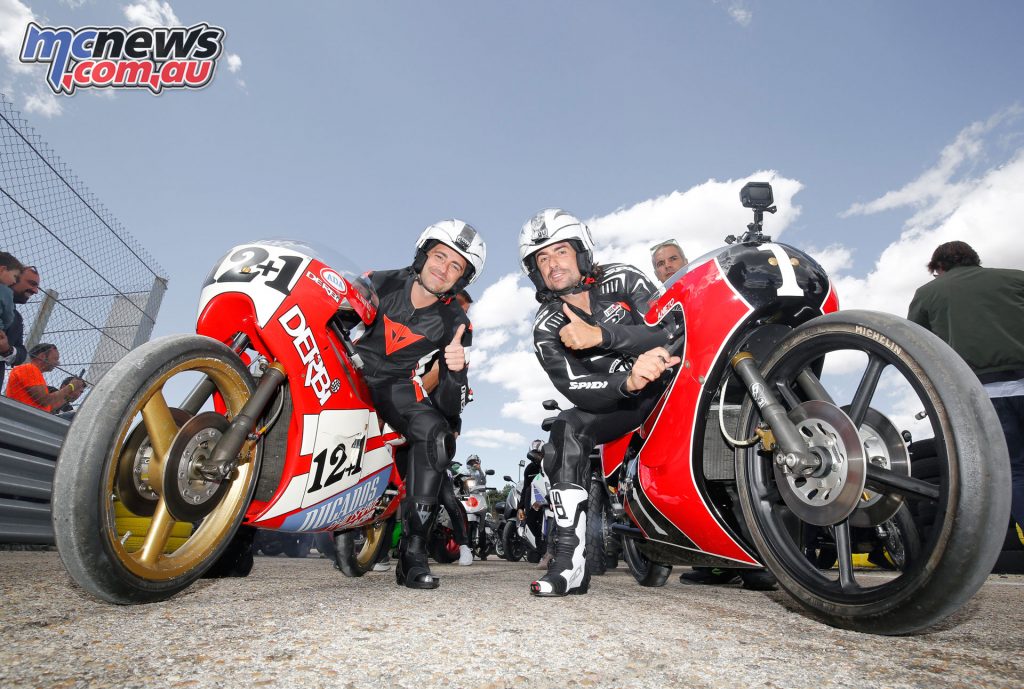 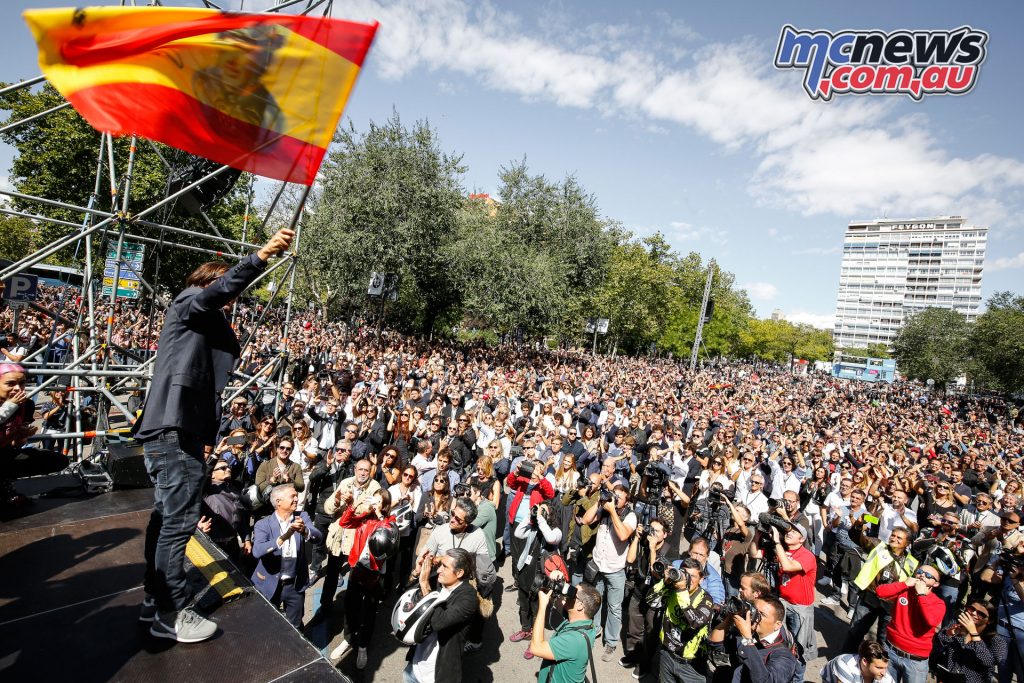 The next stop was Santiago Bernabeu stadium, where Nieto’s family and MotoGP riders addressed the huge crowd that gathered – with the streets flooded with people, bikes doing burnouts and engines revved to the limit to celebrate the life of the 12+1 World Champion. 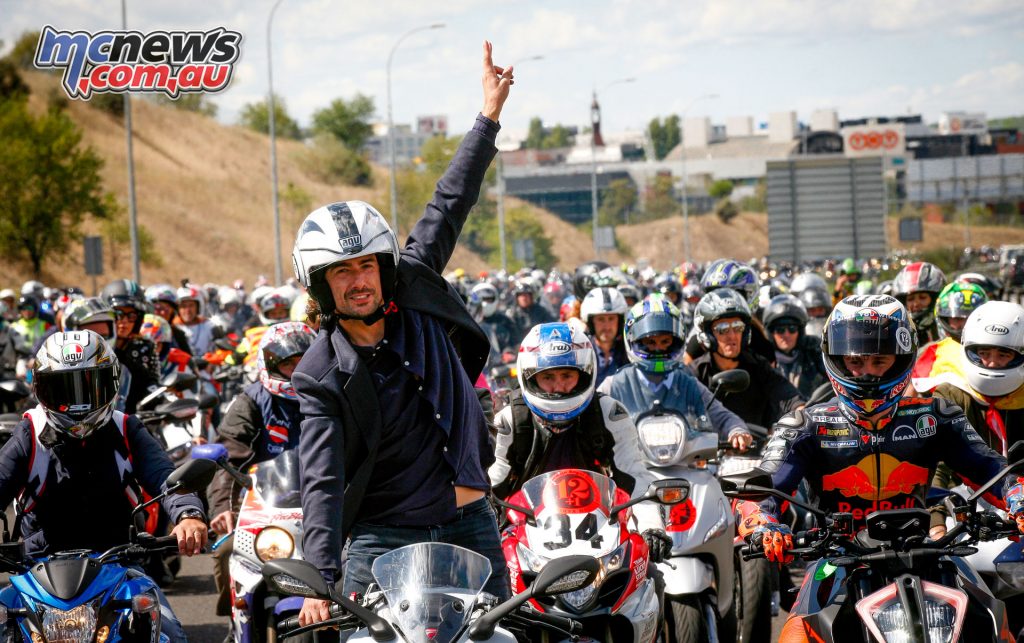 Then it was time to ride, with the Circuit of Jarama the destination. The vast convoy of bikes made its way through the streets and to the gates of Jarama before an incredibly special lap of the circuit as Pablo and Gelete Nieto rode two of their father’s bikes at the head of a convoy of MotoGP riders. 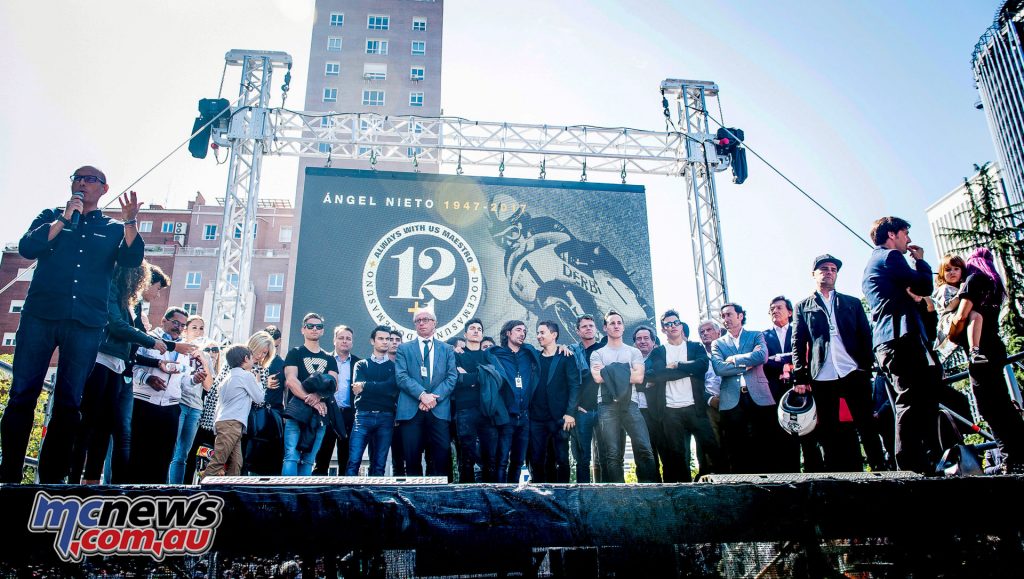 On that lap, the convoy stopped at Angel Nieto corner to pay tribute once more and lay flowers at the statue of the Spanish legend. Then, the riders returned to take to the stage in front of the grandstand, bidding farewell to the fans as the city, paddock, nation and sport bid farewell to one of the truly legendary figures in motorcycling history.