As the dawn of a new season beckons in the Superbike World Championship there has been a lot of focus on the rpm limits imposed on the various new models in the title chase this year.

Much of that focus has been aimed at the new Ducati Panigale V4 R, and how high it is allowed to rev compared to other machines in the class, and/or whether the bike appears, again, to have an “unfair” advantage compared to the rest of the field.

To get the low down, Bracksy hunted down the FIM WSBK Technical Director, Scott Smart, to get the inside story on the process used to achieve the results that were implemented into he new Tech Regs for 2019 season.

Scott Smart is the FIM WSBK Technical Director, and was born in to a family of motorcycle racers and is related to the late, great Barry Sheene. He has a degree in Physics and has raced in the British Superbike Championship, World Supersport and Grand Prix in the 500cc and 250cc categories.

Over the years he has run his own teams and been involved in both the mechanical and electronic aspects of motorcycles, from building and tuning engines, to producing the wiring harnesses for a number of BSB teams. He has also acted as a crew chief in MotoGP, whilst continuing to race. But since 2014 he has been the FIM Technical Director for the Superbike World Championship.

Scott Smart: “Basically we’ve got a bunch of new riders on a bunch of new bikes and as a result they need starting points for the revs. The way the revs starting point works; you take the street bike, check where the rev limiter is, which is the most horrifying thing on the dyno runs in the factory, and that gives us standard street bike max revs, and we add three per cent to that and it gives us a figure.

“We also do a bunch of dyno runs and step tests to let us know to the nearest 100rpm to where the maximum power is. We then add 1100rpm to that, and of those two figures we use the lower ones. That way none of the manufacturers can put a fake really high rev limiter in it. We get basically a sensible point of the power curve to define the rev limit, relative to the street bike.”

Mark Bracks: That answers the question everyone is asking me, why the Ducatis have so many more rpm to play with…

Scott Smart: “So basically when you rev that thing on the dyno, it’ll go to 16,500rpm in top gear, unreal – you’ve never seen it before in a 1000cc superbike. So in most gears it’s 16,000rpm, and top gear is up to 16500rpm. Almost like over-run, I don’t want to even think what speed you could do on the thing, and it also makes quite a lot of horsepower doesn’t it.

Mark Bracks: So nothing can change this weekend, but is it still a three meeting thing?

Scott Smart: “The official way we do it is every three meetings, unless we rock up at the first race and realise it’s a complete disaster. If you actually look at the time sheets the Ducati does have the highest top speed, but looking at the lap times it’s only in the hands of one rider. It’s not all four Ducatis are romping away by a second a lap.

“It’s just one Ducati that’s quickest and the next best is 10th at the moment, so it’s obviously a hard motorcycle to ride. So as a result there’ll be no knee jerk, emergency reaction. It’s in the rules in case the starting point is completely wrong, but from the results I’ve seen so far, that’s not going to be needed. It’s looking like it’ll shape up to be a pretty good race.”

Mark Bracks: With tyres you always have a problem here, but the weather isn’t going to be the same today as it will be on Sunday, it’ll be warmer.

Scott Smart: “If it gets really hot, the grip will actually be going down, which is actually easier on the tyres. But looking at the weather report we’re looking at 25-27 degrees and maybe a bit of a clearer sky, so it’s going to be tough on the tyres. They developed a bunch of different new tyres, but that’s all been done in overcast quite chilly conditions, and like we said, it’s going to be warmer, and until they test the tyres on Friday, nobody really knows. The idea was – every year since I’ve had this job – that this would be the first year without problems…”

Is there any suggestion that Pirelli just make a special tyre for here?

Scott Smart: “They basically do make specials for here, the question mark has been, can you make one that’s two seconds a lap slower that lasts, and I think that’s been the aim, but it’s a really grippy aggressive surface here, so it doesn’t seem to matter, even if you take away all the grip, it still grips, as the surface is so grippy, so it just tears the tyre to pieces. Unfortunately it looks like we’ll have problems again.” 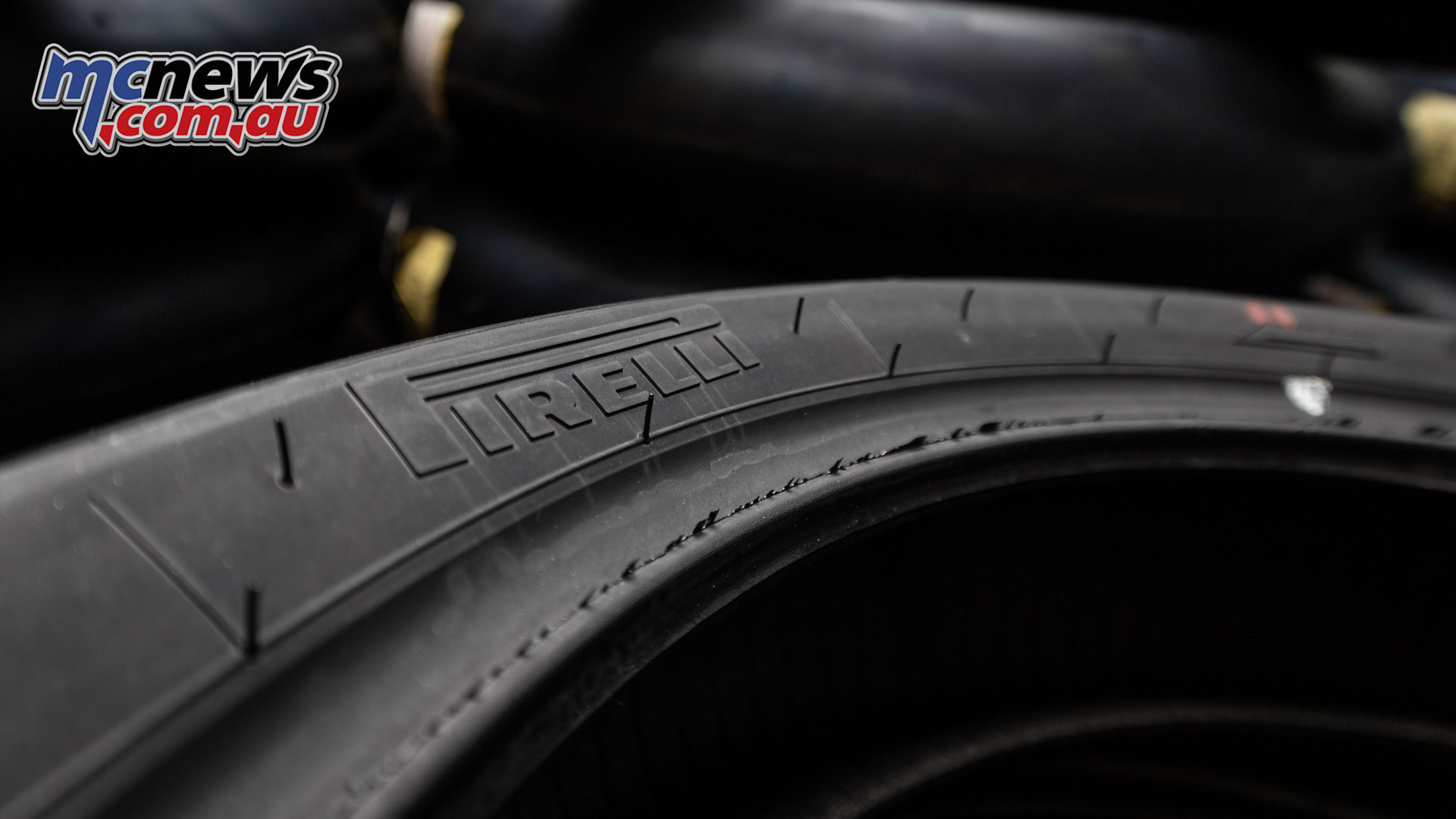 Mark Bracks: With that 10 lap sprint race, will they be running a softer tyre so they can go harder?

Scott Smart: “In Europe there will be a softer tyre, here it’s still the normal race tyre.”

Mark Bracks: Tyre allowances, because of the extra race?

Scott Smart: “It changes slightly, but it’s quite dynamic anyway, it’s not the same every weekend, as it’s not the same tyres every weekend. Some championships like BSB have a soft and a hard, the same every week. MotoGP it’s not actually the same tyres there either. But here Pirelli has developed tyres more for the circuits and usually there should be eight of the two favourites, and five or six of the other options. Actually what they thought was going to be the allocation for the weekend, will be shuffled up a bit now, as they’ll try and provide more of the harder wearing tyres.” 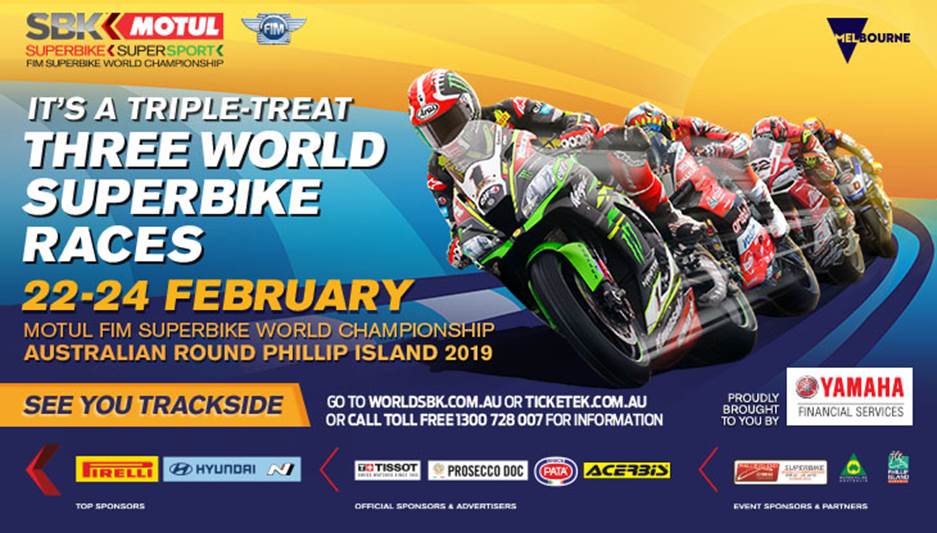 WorldSBK heads to Jerez along with WorldSSP and SSP300