The Yamaha Racing Team rode a rollercoaster of emotion throughout the final round of the 2016 Yamaha Motor Finance Australian Superbike Championship (ASBK), but ultimately came home without the championship trophy after a gripping weekend of racing at Winton, Victoria, over the weekend. 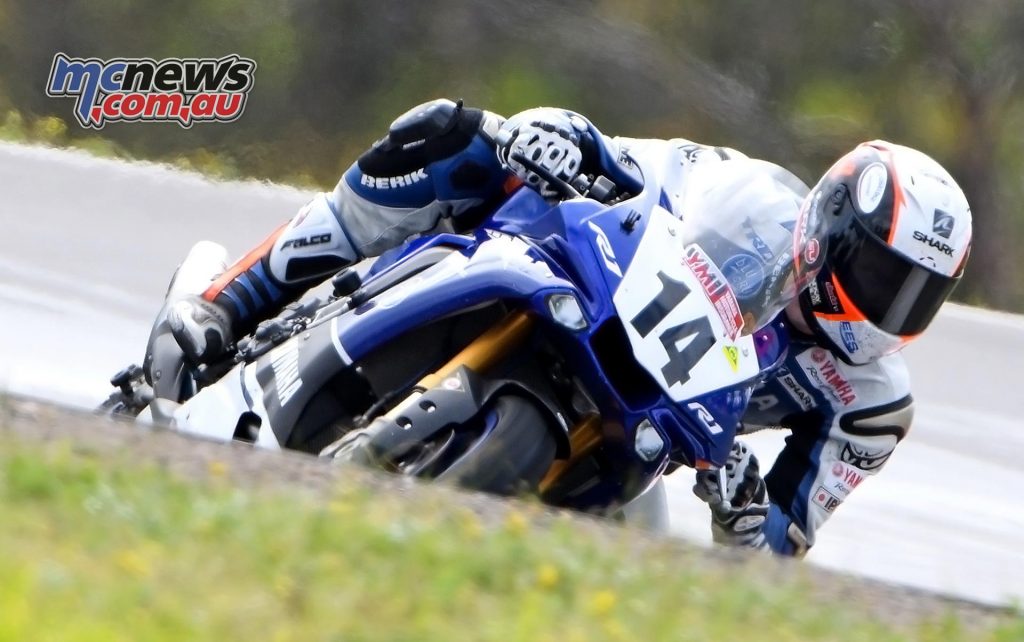 Despite the rough weekend for the team and not results they were after, they still managed a 2-3-4 result in the championship and vowed to be back faster and stronger in 2017.

For the second year running, Wayne Maxwell and Troy Herfoss were locked in battle for the ASBK crown but the weekend got off to a sluggish start for Maxwell when he could only managed ninth in qualifying and had to start well behind the leaders in the two seventeen lap races. However, in race one, Maxwell stormed his way from ninth to fourth place and put up a valiant effort to keep his grip on the points lead which saw him take a three point championship lead into the last race.

Once again Maxwell again used every bit of his experience to fight through the field. He got up to as high as fourth, but unfortunately lost the front end at turn five and went down which cost him any chance of winning his second ASBK crown.

Maxwell finished the day in 12th place and was third in the championship standings on his Yamaha R1.

“I knew we we’re going to be on the back foot from the word go as we didn’t have a lot of dry time,” explained Maxwell. “After the test in August we had a bit of work to do but I was hoping things would go our way and we could get the job done but it just wasn’t the case. Two years in a row we have dropped the ball at the last minute so we need to have a look at what we are doing and come up with some answers.

“To win as many races as anyone else and have two DNF’s and to lose the championship by twenty-two points is not ideal. In saying that I guess we just have to try and take the positives out of it. I can look at the negatives and get all down about it, but I still have the drive to win. We just have to work on what let us down and then come back next year with all guns blazing,” Maxwell said with determination.

Glenn Allerton also experienced a challenging weekend but with Maxwell falling in the final race, he made the leap to second outright in the championship. Finishing fourth overall for the round with an 8-2 result, Allerton admitted that the weekend was a hard one as things didn’t quite go his way.

Allerton’s pace in the wet conditions was not so bad, but he did struggle on a dry track. His work was cut out for him after he unfortunately missed out on making it to Superpole.

The opening race on Sunday saw Allerton showing that he had the speed but had a few issues that he couldn’t get around. He made amends in the final race of the year by coming from seventh to finish second which handed him 33-points for the round.

“I came here to win this championship, so it’s a bitter pill to swallow not to win,” explained the former three times Australian Superbike champion.

“Congratulations to the other guys. Its motor racing and things happen. We’ll just move on to next year. Hopefully we can iron out a few issues that we have. Just little things here and there to make the bike better as the Yamaha YZF-R1M is such a great bike but I believe we can make it better,” Allerton declared.

“Overall I’m really thankful that the team has stuck by me, no matter what. We had some tough times there at Morgan Park, but thanks very much to Yamaha Racing Team for all their support in 2016,” concluded Allerton.

However, there were some positives that came out of the final round, and one of them being for 28-year-old Cru Halliday who ended up snaring second place overall for the round. Halliday did struggle on the opening day when conditions were wet, cold and miserable but it came good for the Camden based rider in the end.

Halliday was the sole YRT rider to make it through to Saturday’s ten minute Superpole session, which saw him qualifying in fifth position with a time of 1min21.654, which was set on fourth lap out of a total of seven.

“It wasn’t a bad run in Superpole,” Halliday said after the session. “I went from third to fifth position, which is not really what we wanted as we would have liked to have qualified on the front row. In saying that, I gave it everything I had, but ended up in fifth.”

Race one saw Halliday getting a really good start off the line and making his way from fifth to fourth by the opening lap. By lap three he moved his way up to third and would stay there for the next nine laps behind former two times Australian Superbike champion, Josh Waters aboard the Team Apex Motorsport Yamaha R1 machine.

Halliday managed to get by Waters on lap twelve and with four laps to run he passed Herfoss to take command of the race. Halliday held onto the race win by 1.421sec, which was his first ever ASBK Superbike race win. In the process Halliday also posted the fastest lap of the race by setting a 1min21.844 on lap four, which is now the new official lap record.

The second race saw Halliday finishing in fifth position due to having some tyre issues but his 1-5 result netted him second for the round and his first trip to the podium for the year.

“You can only do what you can do,” said Halliday after race two. “I just wanted to bring the bike home and collect the points to make sure I had enough to finish on the podium,” explained Halliday.

“To finish second is really good, as it’s a good way to finish the year off with a podium finish to repay back the team for all their hard work in 2016. It’s been a roller coaster of a ride this weekend. There has been a lot of emotions within the team with the championship and all. As I said, you can only do what you can do. It’s a shame to see Wayne crash out in race two, which cost him the championship, but that’s racing. I knew Wayne was going to give it 110%. I gave it 110%, as did Glenn. Sometimes it goes your way, sometimes it doesn’t, and that last race just didn’t, but the overall round did.

“It’s an up-and-down year, but I have to say a massive thanks to Yamaha Racing Team and all of our sponsors for this year. There is a lot of work that goes into running a race team and all three bikes, so hats off to everyone in the team and everyone behind the scene as well,” concluded Halliday.

Yamaha did take out the manufactures championship with 1074-points on the board.

“The year has been a little bit up-and-down,” team manager John Redding said at the conclusion of the round. “Today, obviously, I’m very disappointed. We came into the round with a small buffer. Testing in August didn’t really go well for us and this weekend we did struggle to find a good set up.

“I think each of our riders had different issues when it came to that. So we couldn’t find a common thread. At the end of the day we lost. We have to go away and have a think about how we can improve things. The positives for the year are the same as last year, as Yamaha Racing Team won more Superbike racers than anyone else. I guess that is what we can take away as a positive, Redding ends.”