This little gem is the 1956 Linto 75 Bialbero (DOHC) and was photographed in the Morbidelli Museum in 2011.

Lino Tonti graduated as an aeronautical engineer in 1937 and started work at Benelli. After the war he designed several motorcycles and scooters before being employed by Aermacchi to start their motorcycle production. 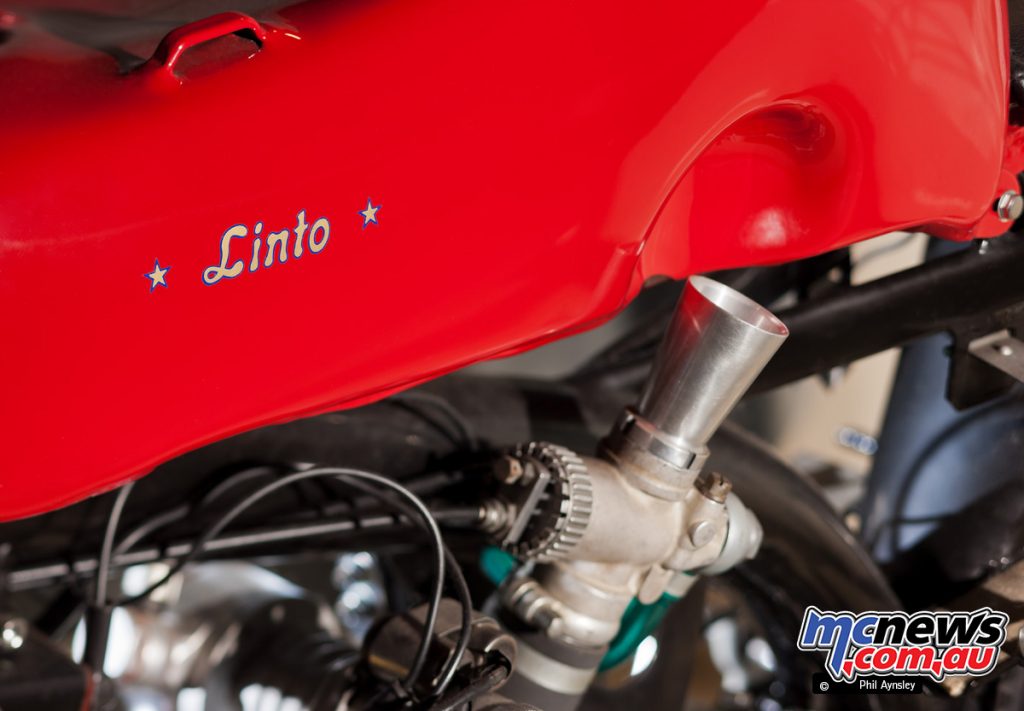 In 1956 left the company and found the time to design and build this 75 before joining F.B. Mondial. After Mondial quit racing at the end of 1957, he and Joseph Pattoni continued the racing department under the Paton name.

Tonti then designed for White (an offshoot of Bianchi) and Gilera in the 1960s before being made the technical director at Moto Guzzi. Not a bad resume!

Very little is known about the 75 apart from the following basic figures: actual capacity was 70cc, with nine horsepower at 11,000 rpm. Top speed was 167km/h.