Historic Dutch TT – Assen is the only venue that has hosted a Grand prix event every year since the motorcycle World ChampionshipGrand Prix series started back in 1949. Below are some facts and figures related to the history of the Dutch TT:

The victory by Marc Marquez at Catalunya marked the 39th time that he had been on the top step of the podium during his Grand Prix career. This is the same number of GP wins Carlo Ubbiali achieved over his career, during which he won a total of nine world titles: six in the 125cc class and three in the 250cc class. At the age of just 21, Marquez is already the 13th equal most successful GP rider of all-time in terms of Grand Prix wins.

Seven in a row for Marc Marquez

Although he did not manage to continue his run of pole positions in Catalunya, Marc Marquez once again took the MotoGP victory, making it seven successive wins in 2014. Since the MotoGP class was introduced in 2002 as the premier class of Grand Prix racing, only one other rider has achieved seven successive MotoGP races: Valentino Rossi in 2002.

The victory for Marc Marquez in Catalunya also gave him the record as the youngest ever rider, at the age of 21 years and 118 days, to win seven successive races in the premier class, taking the record from Valentino Rossi who was 23 years and 155 days old when he had seven successive wins in 2002. If he also wins the Dutch TT – at what would be the age of 21 years and 131 days – he would become the youngest rider to win eight successive premier class races, taking the record from Mike Hailwood who was 24 years and 71 days old when in 1964 he won the eighth of a 12-race winning sequence.

Pedrosa moves ahead of Agostini in all-time podium list

Dani Pedrosa’s third place finish in Catalunya marked the 89th time that he had stood on the podium since moving up to the MotoGP class in 2006. As shown below, this takes him into third place in the all-time podium list, above eight time 500cc World Champion Giacomo Agostini.

Kalex closes in on Suter

The Moto2 win by Tito Rabat at the Catalan Grand Prix was the seventh successive victory for Kalex and the constructor’s 28th win in total in the intermediate class. This is just one victory less than Suter, which is currently the most successful constructor in terms of Moto2 victories since the class was introduced at the start of 2010, replacing the 250cc category.

Wins by manufacturer in Moto2: 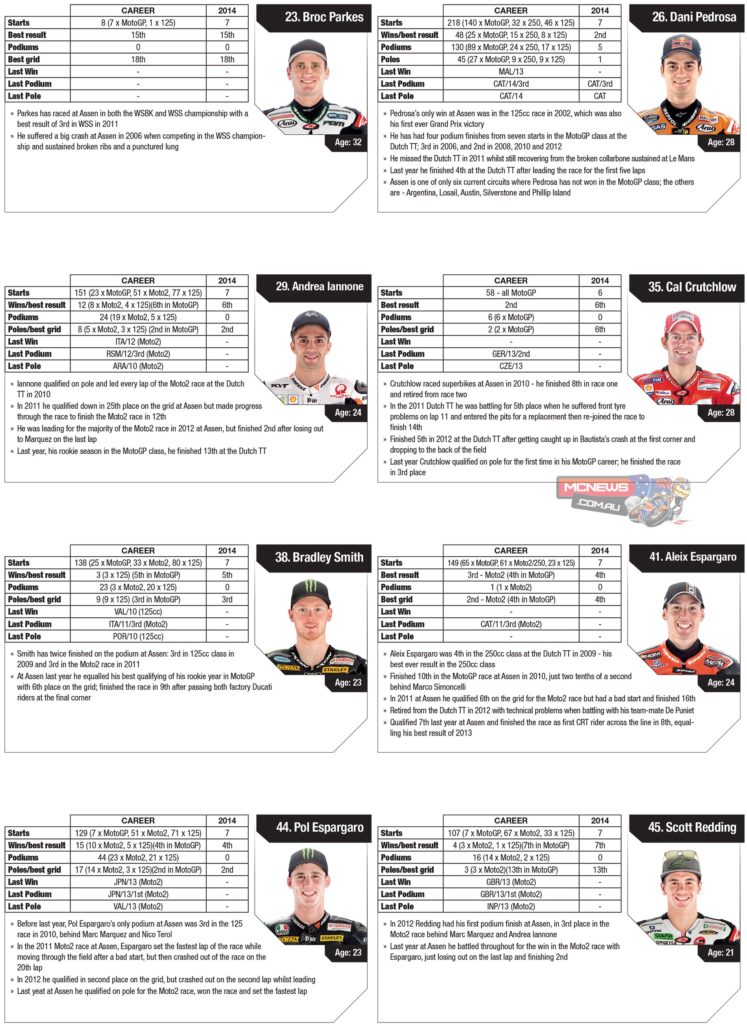 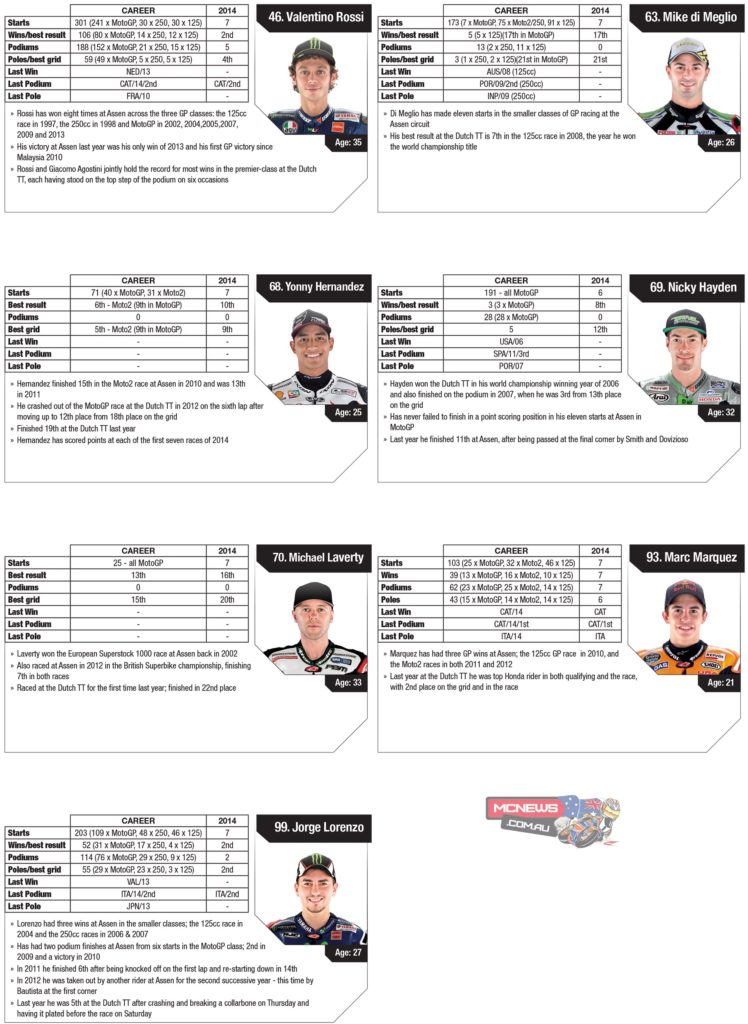 Gardner and Fernandez reflect on first taste of a MotoGP bike