Kawasaki have finally pulled the wraps of one of the most anticipated new street bike models to ever come out of Japan, the 2015 Kawasaki Ninja H2.

While that 200 horsepower figures is also equalled by other newcomers such as Yamaha’s YZF-R1 and Ducati’s 1299 Panigale, the supercharged Kawasaki makes its power with much fewer RPM ,and with a lot more torque than the equal capacity Yamaha, and almost matches the 300cc larger Panigale for torque with 140.4Nm at 10,000rpm to the Ducati’s 144Nm at 8750rpm.  Thus essentially what the supercharger has allowed Kawasaki to do is give four-cylinder smoothness matched with the grunt of a much larger capacity v-twin.

In road trim however the Ninja H2 is listed as tipping the scales at a ready to ride 238kg compared to the 190kg of the Ducati 1299 Panigale and the 199kg of the 2015 Yamaha YZF-R1. While some may scoff at the Ninja H2 at mention of that mass it is highly likely that the Kawasaki will prove the much more enjoyable bike away from the confines of the racetrack, where it is more than about just the numbers.

While the street version is some 110hp down on the track only H2R, the engines are essentially the same, bar the camshafts, head gaskets and clutch, so for those game to wave goodbye to their warranty I am sure the boost can easily be wicked up towards that 300 horsepower figure via some aftermarket tuning… Particularly as Kawasaki state that ‘the whole engine was designed to be able to handle stresses 1.5x to 2x greater than on a naturally aspirated litre sports bike engine’.

This is the beauty of factory forced induction for aftermarket tuners, the engines are built to take boost with low-tension piston rings and lower compression ratios. Factories set boost levels at overly safe pressures and it is often as simple as a software tweak to then allow the computer to say yes, where the factory said no…

At this stage it is unclear as to whether the street oriented H2 has the injector capacity to maintain the higher boost levels of the track only H2R.  Larger injectors and possibly also a larger fuel pump may be needed to safely maintain higher boost pressures for those that want to go the whole hog, while intercooler installation on a motorcycle will always prove difficult.

However, I am sure there are already people reading this coming up with their own cunning plans on how to get around any limitations… The Kawasaki Ninja H2 with its factory forced induction is the kind of thing those that love to customise and fettle their motorcycles have been dreaming of for years. No just slapping on an automotive turbo and having to reinvent the wheel, here Kawasaki have produced somewhat of a blank canvas for the serious nutters to really sink their teeth into. I can’t wait to see what they come up with… 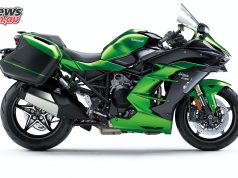 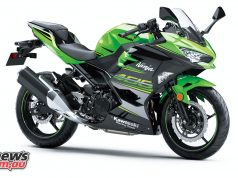 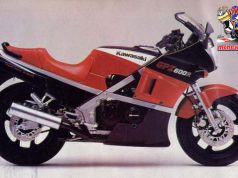