Musquin controls the race up front to win from Tomac

14-points between Anderson and Musquin with one round to go

Red Bull KTM Factory Racing’s Marvin pulled out his fourth victory in the 450 class aboard his KTM 450 SX-F with a dominant victory at Salt Lake City.

Musquin took the lead on lap two and from there was never headed.

“The track conditions were crazy and dry, but the track crew did a good job. I had no idea about Jason. Obviously towards the end I was going through lappers, and I knew Jason would take it easy today to get points, but I only knew how he did when the race was over. I’m excited to head to the final round in Vegas next week.”

Eli Tomac showed good speed at times but a few stumbles cost the Kawasaki rider who in the end had to work hard to overcome Blake Baggett for the second step on the podium. With five minutes remaining, Tomac crashed while attempting to pass for second place. He quickly remounted his KX450F and raced back up to the leaders making the pass for second place with two laps to go.

“It took me a while to find my groove in the main. Once I found it I was able to make a lot of passes and catch the leaders. The crash was unfortunate, but I’m pumped to still finish second. Once again, the fans were awesome here in Salt Lake and I could hear them with every pass I made, that was so cool.”

Championship leader Jason Anderson had a disastrous main. A collision at turn one saw left his FC450 Husqvarna with a number of spokes ripped out of his front wheel. Anderson indicated to his mechanics about the problem then pitted for a replacement wheel.

However, it seemed like an eternity, perhaps even two eternities for Jason Anderson as he looked on, while the Rockstar Energy Husqvarna squad removed and replaced the wrecked front rim, costing Anderson two laps.

Anderson rode well once back on track and managed to overhaul a few riders and bag an important six points.

“I was pretty good in practice all day. I had a solid heat race and qualified well. I just went down in the first turn in the main and had to go all the way around the track. I broke some spokes in the first turn and had to come into the mechanics area to get my front wheel changed. By that time I was two laps down. I was able to unlap myself and get up to 17th and at least get some points. I’m going into next week in Vegas with a 14 point lead.”

Anderson heads to the Vegas finale with his championship lead over Musquin trimmed to 14-points.

Chad Reed took an 11th place finish in Utah and is currently 13th in the championship points standings. 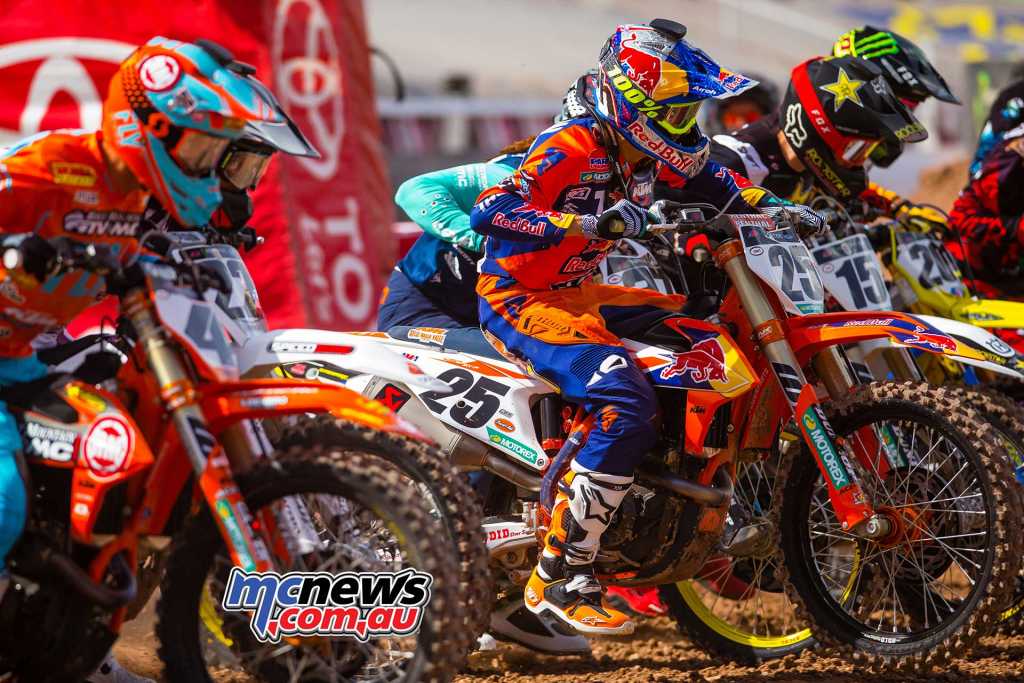 McElrath got a great start and made the pass for the lead early in the race aboard his KTM 250 SX-F and stayed consistent to claim the win ahead of Adam Cianciarulo and Joey Savatgy.

“Being at altitude and having two sets of whoops really held me back from getting into a flow for the main event. You had to be efficient and this track really didn’t allow for that. Considering I didn’t feel overall that great, I’m happy to be up here (on the podium) in second, but I really wanted that win. I know I say this every time, but I’ll be coming out swinging and we’ll fight until the end for that win.”

A podium had eluded Savatgy for the past few races, but he’d always showcased his speed. In Salt Lake City it came together for him as he grabbed his third holeshot of the season and led the opening eight laps of the race. A small mistake caused him to fall back to third, but he was able to hold on and put his KX250F back on the podium for the third time this season.

“We started the day with a pretty different track compared to what we ended up racing on, it’s not the finish I wanted, but we’re back on the podium, which is always a goal every week. I bust my butt at home to make sure I am the best at the race so I’m a little disappointed I wasn’t able to finish it off and get the win. I’m not a quitter and I’m going to be ready for the showdown in Vegas.” 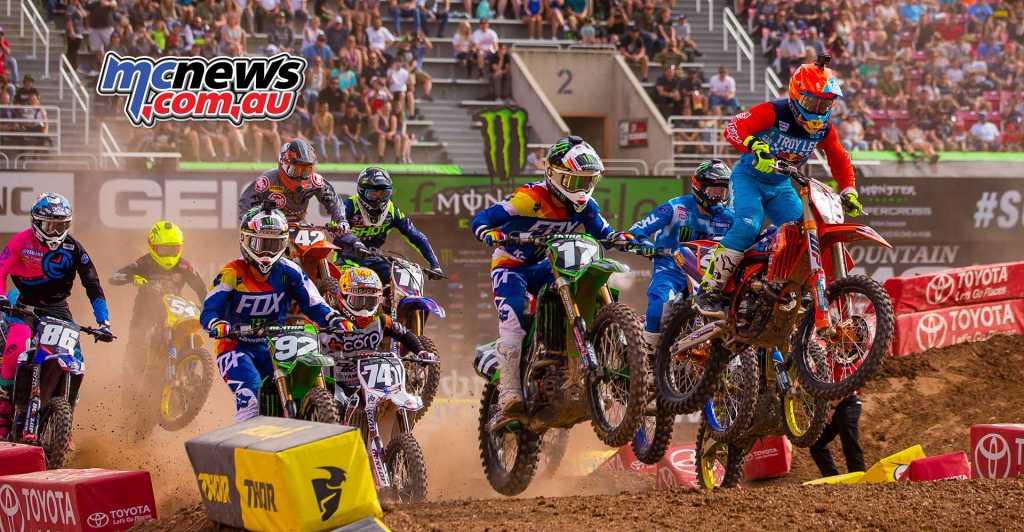 Aaron Plessinger came home fourth and retains the series lead however his buffer to Cianciarulo has been trimmed to 13-points with one round remaining.

Hayden Mellross claimed 16th in Utah and if he can bring home good results at the Vegas finale on May 5th is in with a good chance of claiming a top ten finish in the 250 SX West Championship.

By 2024, fuel in all MotoGP classes will be of minimum 40% non-fossil origin